Anyone willing to consult the international law book on the subject of free speech will find it heavy with protections for free speech.  The UN Declaration of Human Rights features, in its preamble, the ideal that “human beings shall enjoy freedom of speech and belief and freedom from fear and want”, nothing less than “the highest aspiration of the common people”.  Article 19 re-emphasises the point that everyone has the right to freedom of opinion and expression including the “freedom to hold opinions without interference and to seek, receive and impart information and ideas through any media and regardless of frontiers.”

International law did, however, come with its onerous, stifling limits.  The International Covenant on Civil and Political Rights gives nodding approval to legitimate injunctions “as are provided by law and are necessary… (c) for respect of the rights or reputation of others; (d) for the protection of national order (order public), or of public health or morals”.  Such limits have provided governments with fertile ground to target the contrarian happy to march to a different tune.

In recent years, the pendulum has shifted its ponderous way from such notions of untrammelled expression – if, indeed, it could ever be said to exist – to one of regulation.  There are opinions best not expressed, let alone held.  They constitute threats to social order, harmony, offending sensibilities and minds alike.  A global policing effort against inappropriate content on the Internet and on social media is receiving a number of enthusiasts from purported liberal democracies and authoritarian states alike.  A war on hate speech, and words in general deemed disorderly to the social fabric, has been declared, and anyone having views suitably labelled will be targeted.

Social media platforms figure heavily in this regard.  Call it hate, call it an inspiration to terrorism: the lines blend and blur, rubbed out before the censor and the legislator. At the G20 summit in Osaka this year, Australia’s Pentecostal Prime Minister, Scott Morrison, was busy moralising about the dangers posed by online content that might be considered terroristic in nature.  In what he regarded as a personal victory of sorts, he encouraged G20 leaders to issue a joint statement urging “online platforms to meet our citizens’ expectations that they must not allow use of their platforms to facilitate terrorism and [violent extremism conducive to terrorism].”

The United Nations has not been exempted from such outbursts of moral regulation.  Last month, the UN Secretary General António Guterres indicated a shift of sorts.

“Hate speech may have gained a foothold, but it is now on notice.”

Sounding like a figure taking to the barricades, bayonet at the ready, Guterres insisted that,

“We will never stop confronting it.”

On looking at global conditions, the Secretary General saw “a groundswell of xenophobia, racism and intolerance, violent misogyny, anti-Semitism and anti-Muslim hatred”.

In his foreword to the United Nations Strategy and Plan of Action on Hate Speech, the Secretary General points the finger to such culprits as social media “and other forms of communication”.  (No surprise there.)

“Public discourse is being weaponized for political gain and incendiary rhetoric that stigmatizes and dehumanizes minorities, migrants, refugees, women and any so-called ‘other’.”

It does not take long for matters to get murky.  Freedom of expression is straight forward enough: usually, states and authorities will always control it citing some general prevailing interest.  Punishing hate speech, however, is an exercise doomed to endless manipulations.  Spot the hate; spot the authoritarian wising to prevent it.

Even the UN strategy document on the subject acknowledges an absence of any international legal definition of hate speech.  A working definition is offered: “any kind of communication in speech, writing, or behaviour, that attacks or uses pejorative or discriminatory language with reference to a person or a group on the basis of who they are, in other words, based on their religion, ethnicity, nationality, race, colour, descent, gender or other identity factor.”

The document seems to take issue with thresholds.  Hate speech is not prohibited in international law per se, preferring to focus on “the incitement to discrimination, hostility and violence”.  Despite States not being required to prohibit hate speech, it was “important to underline that even when not prohibited, hate speech may be harmful.”  We are left to the unruly world of hurt feelings and taking offence.

The UN strategy struggles to find coherence.  Meaningless assertions are made.  “The UN supports more speech, not less, as the key means to address hate speech.”  Hardly.  The more important point is the urge “to know to act effectively” involving various commitments to address “root causes, drivers and actors of hate speech”, the “monitoring and analysing of hate speech” and examining “the misuse of the Internet and social media for spreading hate speech and the factors that drive individuals towards violence.”  We have been warned.

Roping in hate within a regime of punishment is a dangerous legislative or regulatory game to play.  Given the distinctly omnivorous nature of the digital world, the very idea of seeking some retributive model against the spouters of bile has all the hallmarks of failure and scattergun zealotry.  States pounce on such instances, taking issue with anything contrarian that might be deemed hateful.  Political, cultural and religious practices are elevated to realms of the unquestioned. The UN should be the last body to take such a road, but finds itself in rather unfortunate company in doing so.

As Frank La Rue, UN special rapporteur on the promotion of protection of freedom of opinion and expression noted in 2012,

“The right to freedom of expression implies that it should be possible to scrutinize, openly debate and criticize, even harshly and unreasonably, ideas, opinions, belief systems and institutions, including religious ones, as long as this does not advocate hatred that incites hostility, discrimination or violence against an individual or a group of individuals.”

“The UN should and must fight racism and hate speech.  But any attempt at widening the definition and strengthening the enforcement of hate speech bans under international law creates a clear and present danger for freedom of expression already under global attack.”

The inner authoritarian in governments has been encouraged. 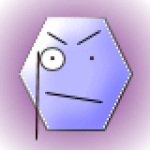 Dr. Binoy Kampmark is a Senior Lecturer in the School of Global, Urban and Social Studies, teaching within the Bachelor of Social Science (Legal and Dispute Studies) program.