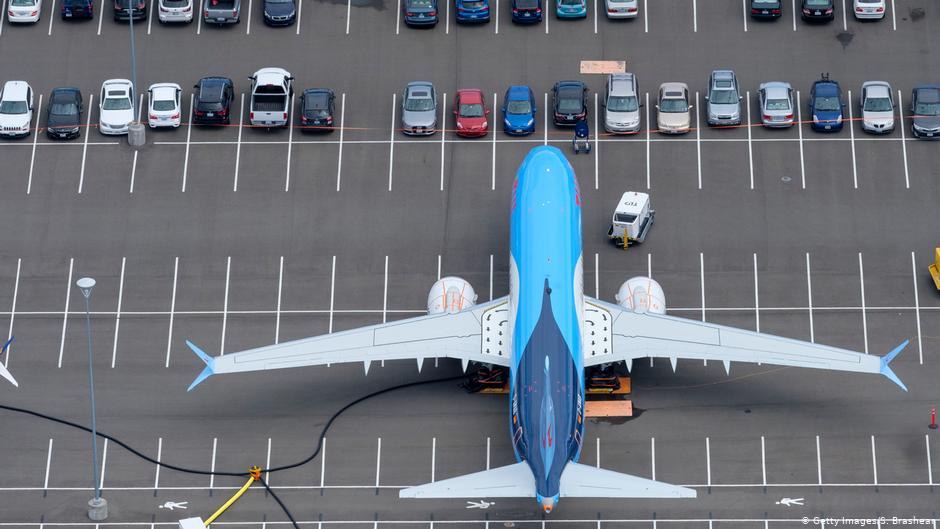 The financial fallout from the troubled 737 Max jetliner continues to swell for Boeing, which on Thursday announced $7.3 billion in costs that will hit its bottom line.

The price tag could still climb. The Max has been grounded for months after two deadly crashes, and it may not fly again this year. Airlines that flew the Max have been pushing for compensation, and Boeing has had to slow production and halt deliveries of the jets, the company’s most popular model.

Already, the tally is substantial. Boeing will take a pretax charge of $5.6 billion in the second quarter, its current estimate of what it will take to compensate its Max-flying customers. On top of that, Boeing said it expected the production slowdown to cost a further $1.7 billion. Those costs will be spread out over years, and will depress the overall profitability of the Max program.

“This is not inconsequential, even for a company the size of Boeing,” said Scott Hamilton, managing director of the Leeham Company, an aviation consultancy. “This is going to be a real mess for Boeing for another year or even two.”

Picture: Boeing was forced to use worker’s parking lot for B737 MAX storage 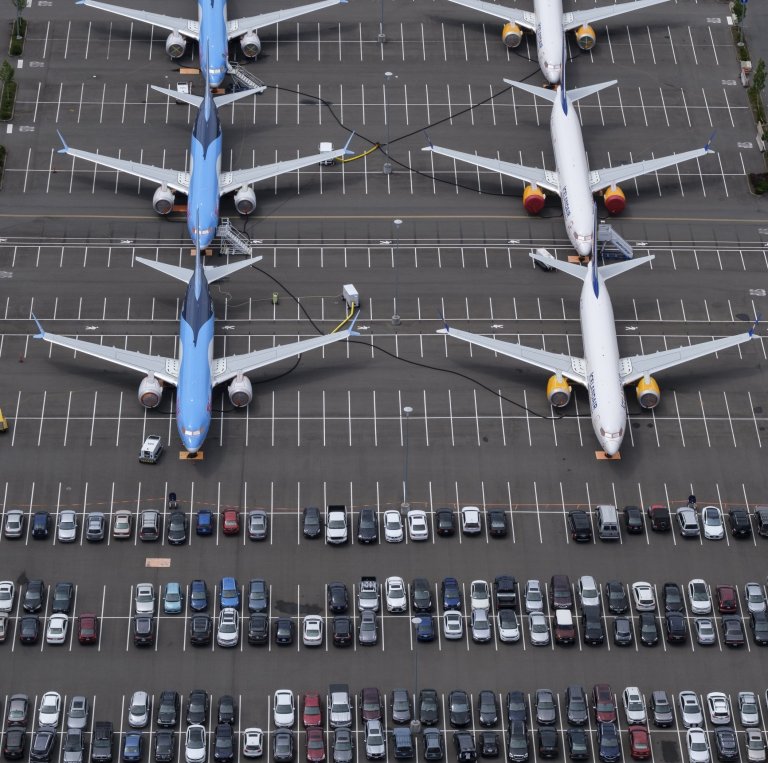 The new costs, which Boeing disclosed the week before it is due to report earnings, do not include the potential price of litigation associated with the Max, or the $100 million fund that it recently announced for families and communities affected by the two crashes. Boeing already announced $1 billion in costs associated with the Max’s grounding last quarter, and has said more charges could be coming.

“This is a defining moment for Boeing,” the chief executive, Dennis A. Muilenburg, said in a statement. “The Max grounding presents significant headwinds, and the financial impact recognized this quarter reflects the current challenges and helps to address future financial risks.”

Boeing did not specify which airlines would receive what compensation, or how it might make airlines whole. Besides offering cash payments, Boeing could lower the costs of future orders, or provide additional free features or services.

Three airlines in the United States — Southwest Airlines, American Airlines and United Airlines — fly the Max and have canceled thousands of flights in recent months.

Foreign carriers, including Air Canada and Norwegian Air, have also been squeezed by the grounding, and pressure has been building for Boeing to reimburse airlines around the world.

“It is quite obvious that we will not take the cost,” Bjorn Kjos, who stepped down this month as the chief executive of Norwegian Air, which operates 18 Max jets, said in March. “We will send this bill to those who produced this aircraft.” 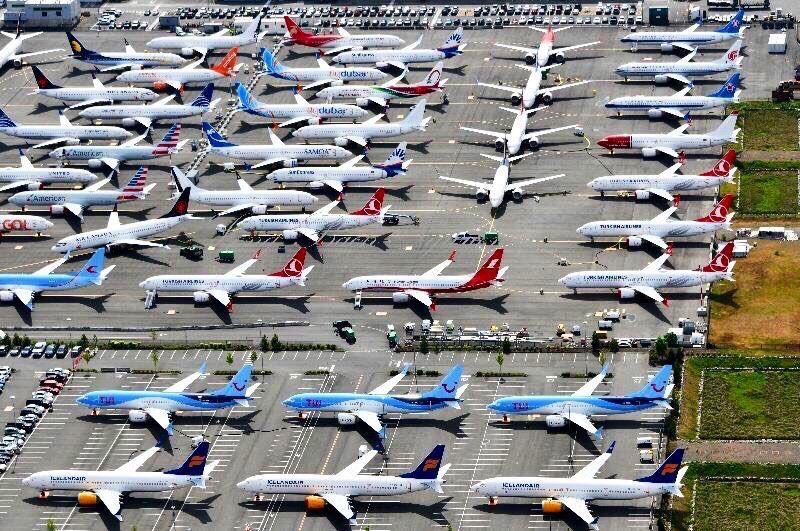 Other airlines are curtailing growth plans as a result of the grounding. Ryanair, the Irish budget airline, said Tuesday that it was scaling back its expansion plans because the Max jets it had ordered wouldn’t be delivered on time. Ryanair had expected to have 58 in service by next summer, but it has reduced that estimate to 30. As a result, Ryanair said, it is cutting the number of passengers it expects to carry this year by five million, to 157 million.

Like all big companies, Boeing has insurance policies that may cover some of these costs. It is also in relatively strong financial shape, even after recording the new costs. It has substantial cash on hand, and could suspend its dividend or raise debt if it needed additional resources.

“We are taking appropriate steps to manage our liquidity and increase our balance sheet flexibility the best way possible as we are working through these challenges,” Boeing’s chief financial officer, Greg Smith, said in a statement. “Our multiyear efforts on disciplined cash management and maintaining a strong balance sheet, in addition to our strong and broad portfolio offerings, are helping us navigate the current environment.”

The Max has been grounded since March, after the crash of Ethiopian Airlines Flight 302 killed all 157 people aboard. Five months earlier, Lion Air Flight 610 crashed just minutes after taking off from Jakarta, Indonesia, killing 189. In both accidents, erroneous data caused a new automated system on the Max to push down the nose of the planes.

Boeing developed a software update for the system, and has been working with the Federal Aviation Administration and other global regulators to get the Max flying again. But the process is taking substantially longer than Boeing first expected, as both Boeing and regulators uncover new problems with the software and the Max.

Boeing said Thursday that it now expected the Max to be approved for a return to service in the United States and some other countries early in the last quarter of this year.

That may still be optimistic. Regulators have yet to take a test flight on a Max equipped with the new software — a critical step before reapproval — and airlines keep canceling flights. Southwest, American and United all recently extended their Max-related cancellations into early November.

Even when the Max is cleared to fly again, it will take months before airlines and Boeing are back to normal. Planes that have been in long-term storage can require a month to be ready to fly again. Airlines will have to work the new planes into their fleets gradually. And Boeing will need months to deliver the hundreds of Max jets it is holding in storage.

After the Max was grounded, Boeing said it would reduce its 737 production rate to 42 a month, down from 52. On Thursday, it said it expected to increase production to 57 planes a month next year.

Yet for all the disruption and the rising costs, Boeing is still in a relatively strong position. It has recorded orders for several thousand more Max jets, which will take nearly a decade to produce. And airlines, eager for fuel-efficient single-aisle jets like the Max, have few other options. Airbus, Boeing’s only real competitor for commercial aircraft, also has an enormous backlog.

For these reasons, Mr. Hamilton does not see any existential risk for now. “Boeing is a $100 billion company,” he said. “And it’s very difficult and very costly to cancel aircraft orders like this.”