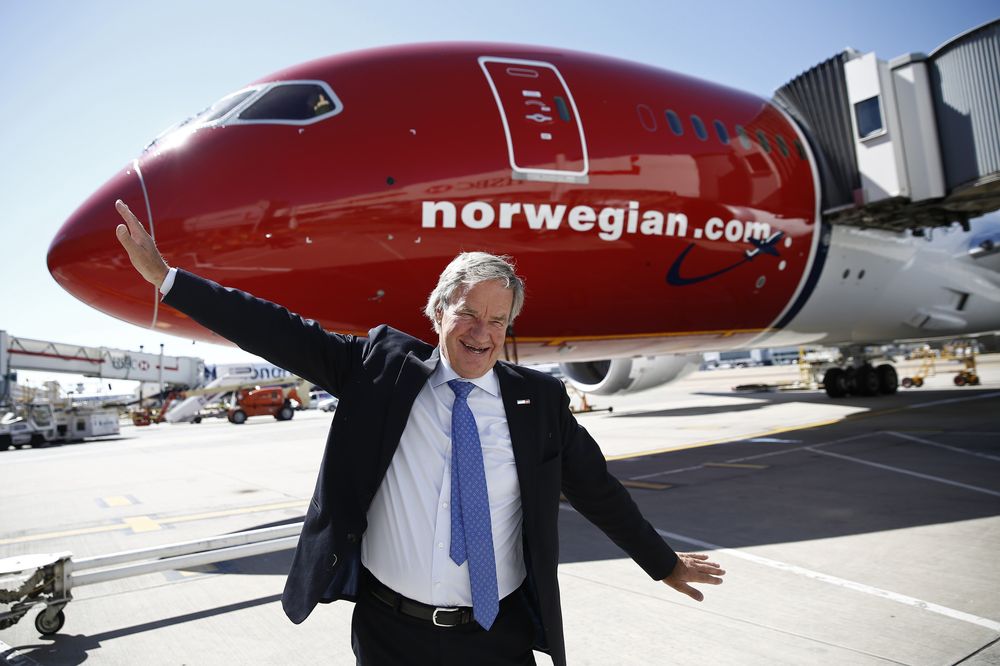 Norwegian Air’s Bjoern Kjos stepped down on Thursday as chief executive of the budget airline he co-founded.

Kjos, 72, a former fighter pilot, helped to build a tiny Norwegian airline housed in pre-fabricated barracks on the edge of Oslo airport into Europe’s third-biggest budget carrier by passenger numbers.

The airline has shaken up the long-haul market with cut-price transatlantic fares, but its rapid expansion has left it with hefty losses and high debts and it had to raise 3 billion crowns ($350 million) from shareholders earlier this year.

“I am confident that the Board of Directors will find the best qualified successor to lead the next chapters of the Norwegian story together with the top management team,” Kjos, said in a statement.

The jets have been grounded worldwide since March following two fatal crashes and Norwegian Air has said the disruption could scupper its plans to return to profitability this year.

Its net profit came in at 82.8 million crowns, down from 300.3 million in the same period last year, but ahead of the average forecast of 76.2 million from five analysts compiled by Refinitiv.

The company cut its target for passenger carrying capacity to 0-5%, compared with the previous guidance for 5-10%.

It said earnings before interest, tax, depreciation and amortization and restructuring or rent costs (EBITDAR), excluding “other” losses or gains for items such as foreign currency contracts and forward fuel contracts, were expected to reach 6-7 billion crowns in 2019, up from 3.2 billion in 2018.

Kjos took over as CEO of the company in 2002 and is responsible for the rapid expansion in previous years. He transformed the 1993-established Norwegian regional carrier into Europe’s third biggest low-cost airline with subsidiaries in Sweden, the UK, Ireland and Argentina.

At the same time, the struggling carrier has announced a Q2 net profit of US$9.2 million and says it will cut several year-round long-haul routes to summer seasonal routes.

Norwegian has accumulated a debt of over US$500 million during the past years and has seen two failed takeover bids from British Airways parent IAG (International Airlines Group).

The airline originally started only with short-haul flights in Norway before Kjos took the role as CEO and transformed Norwegian into a rapidly expanding airline. Long-haul flights were started in early 2013 with flights from Oslo and Stockholm to New York and Bangkok. Norwegian and its various subsidiaries operate a combined fleet of 162 aircraft, most of them being Boeing 737-800 and the currently grounded 737 MAX 8 as well as 36 Boeing 787 Dreamliner aircraft.