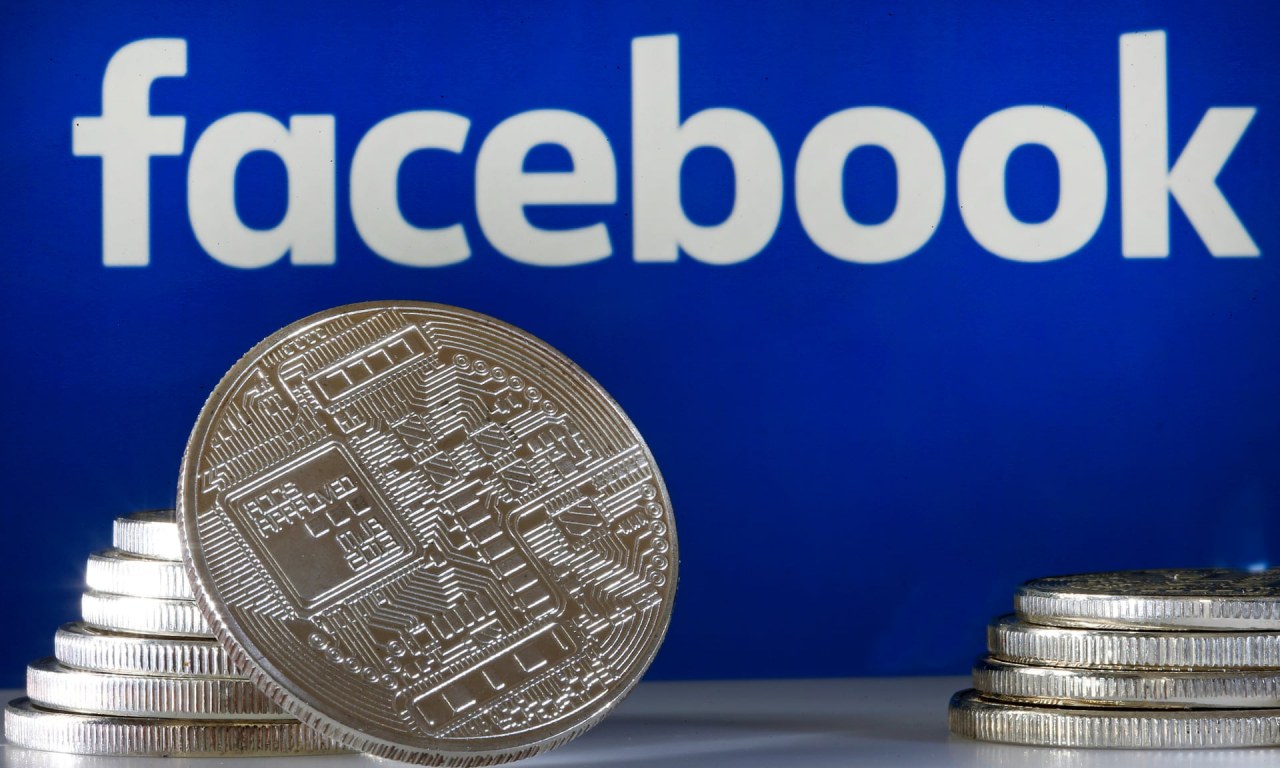 Facebook has finally revealed the details of its cryptocurrency, Libra, which will let you buy things or send money to people with small fees. You’ll pseudonymously buy or cash out your Libra online or at local exchange points like grocery stores, and spend it using interoperable third-party wallet apps or Facebook’s own Calibra wallet that will be built into WhatsApp, Messenger and its own app.

Today Facebook released its white paper explaining Libra and its testnet for working out the kinks of its blockchain system before a public launch in the first half of 2020:

“The Libra Blockchain is a decentralized, programmable database designed to support a low-volatility cryptocurrency that will have the ability to serve as an efficient medium of exchange for billions of people around the world.”

Facebook won’t fully control Libra, but instead get just a single vote in its governance like other founding members of the Libra Association, including Visa, Uber and Andreessen Horowitz, which have invested at least $10 million each into the project’s operations. The association will promote the open-sourced Libra Blockchain and developer platform with its own Move programming language, plus sign up businesses to accept Libra for payment and even give customers discounts or rewards.

Facebook is launching a subsidiary company also called Calibra that handles its crypto dealings and protects users’ privacy by never mingling your Libra payments with your Facebook data so it can’t be used for ad targeting. Your real identity won’t be tied to your publicly visible transactions. But Facebook/Calibra and other founding members of the Libra Association will earn interest on the money users cash in that is held in reserve to keep the value of Libra stable.

Now Facebook wants to make Libra the evolution of PayPal . It’s hoping Libra will become simpler to set up, more ubiquitous as a payment method, more efficient with fewer fees, more accessible to the unbanked, more flexible thanks to developers and more long-lasting through decentralization.

Similarities to other crypto projects:

1. Like bitcoin, there’s no real identity on the blockchain.

From the perspective of the blockchain itself, you don’t exist. Only public-private key pairs exist. The white paper states: “The Libra protocol does not link accounts to a real-world identity. A user is free to create multiple accounts by generating multiple key-pairs. Accounts controlled by the same user have no inherent link to each other.”

Initially, the consensus structure for Libra will be dozens of organizations that will run nodes on the network, validating transactions. Each time consensus is voted on for a new set of transactions, a leader will be designated at random to count up the votes.

Libra opts to rely on familiarity rather than democracy to choose the right entities to establish consensus in the early days. “Founding Members are organizations with established reputations, making it unlikely that they would act maliciously,” the white paper states. These are entities range from traditional payment networks (Mastercard, Visa) to internet and gig-economy giants (eBay, Lyft) to blockchain natives (Xapo) to VCs (Andreessen Horowitz, Thrive Capital).

The only entities that can vote at the outset are Founding Members. These members hold Libra Investment Tokens that give them voting rights on the network, where they can make decisions about managing the reserve and letting new validators join the network.

The governance structure is built into the Move software from the start, and like Tezos it is subject to revision over time. Updates will be essential as it adds members and evolves from what’s more like a delegated proof-of-stake (DPoS) system (such as EOS or steem) to a fully decentralized proof-of-stake ecosystem.

In a number of ways, the white paper defines interesting ways in which its users can interact with the core software and data structure. For example, anyone can make a non-voting replica of the blockchain or run various read commands associated with objects (such as smart contracts or a set of wallets) defined on Libra. Crucially, Libra’s designers seem to agree with ethereum’s that running code should have a cost, so all operations require payment of Libra as gas in order to run.

Unlike ethereum, Libra makes two important changes in its smart contracts. First, it limits how much users can do on the protocol at first (the full breadth of Move’s features are not yet open). Second, it breaks data out from software, so one smart contract (what Move refers to as a “module”) can be directed at any pool of assets, which Move calls “resources.” So one set of code can be used on any number of wallets or collections of assets.

5. Also like ethereum, it thinks proof-of-stake is the future, but it is also not ready yet.

“Over time, membership eligibility will shift to become completely open and based only on the member’s holdings of Libra,” the white paper promises, describing a path to real permissionless-ness.

Meanwhile, the paper dismisses the approach of the blockchains with the longest track record (namely bitcoin), stating, “We did not consider proof-of-work based protocols due to their poor performance and high energy (and environmental) costs.”

6. Like Binance’s coin, it does a lot of burning.

Blockchains that build in purposeful burning of tokens became very influential last year. Binance, the world’s leading exchange, created the BNB token, with which users could pay trading fees at a discount. Binance led the way to token bonfires, regularly burning a significant portion of its profits paid in BNB.

Libra won’t use burning to enhance the value of its coin. Rather (as with collateralized stablecoins such as tether), tokens will be issued and burned constantly, as the association responds to demand shifts for its reserve, with no supply maximum or minimum supply.

7. Like coda, users don’t need to hold onto the whole transaction history.

A lesser-known protocol, Coda, was one of the first to make its ledger disposable. Users only need to hold a proof of the last block, which they can easily check on a smartphone to be sure they are interacting with a valid ledger.

Similarly, on Libra, “historical data may grow beyond the amount that can be handled by an individual server. Validators are free to discard historical data not needed to process new transactions.”

EOS launched without its approach to governance well defined, which yielded complications down the road. Similarly, Libra promises to decentralize, but there’s nothing that inherently forces its members to do so.

Just hours after the announcement, and release of a white paper, of its new cyrpocurrency, called Libra, the US government has decided its time to intervene – likely for the good of us all.

Rep. Patrick McHenry, senior Republican on the House Financial Services Committee, wrote a letter Tuesday to committee Chair Maxine Waters, a Democrat, demanding a hearing on the Facebook cryptocurrency initiative, according to Reuters.

It is incumbent upon us as policymakers to understand Project Libra. We need to go beyond the rumors and speculations and provide a forum to assess this project and its potential unprecedented impact on the global financial system”, McHenry said in a letter, cited by Reuters.

Waters, not exactly known for her cutting-edge financial smarts, responded quickly by demanding that Facebook should halt development of its announced cryptocurrency until Congress and regulators conduct a review.

Reuters reports that Waters also said Facebook executives should testify before Congress about the product, saying the company has “repeatedly shown a disregard for the protection and careful use of this data.”

“Given the company’s troubled past, I am requesting that Facebook agree to a moratorium on any movement forward on developing a cryptocurrency until Congress and regulators have the opportunity to examine these issues and take action,” she said in a statement.

“Facebook is already too big and too powerful, and it has used that power to exploit users’ data without protecting their privacy. We cannot allow Facebook to run a risky new cryptocurrency out of a Swiss bank account without oversight,” said Senator Sherrod Brown, the top Democrat on the Senate Banking Committee, in a statement.

U.S. Senator Mark Warner, a Virginia Democrat who also sits on Senate Banking Committee, expressed concern that through Libra, Facebook was using its scale in social networking to achieve dominance in adjacent markets like mobile payments.

“This instrument for transactions will allow Facebook to collect millions and millions of data, which strengthens my conviction that there is a need to regulate the digital giants,” he said in an interview on Europe 1 radio.

Reuters reports that Facebook has engaged with regulators in the United States and abroad about the planned cryptocurrency, company executives said. They would not specify which regulators. We suspect it will be a little while until Zuck’s brave new world is unleashed. The one downside is that this rush to intervention will prompt a broader crackdown on the crypto world once again, just as Bitcoin is regaining momentum.

Finally, Bloomberg points out, whether Libra will be used in commerce is very much in question. For the last decade, multiple cryptocurrencies starting with Bitcoin have tried and failed to penetrate coffee shops and retail stores. In the first four months of this year, only 1.3% of Bitcoin economic transactions came from merchants, according to researcher Chainalysis Inc. The majority of the rest related to trading, and while many digital-assets enthusiasts are now hanging their hopes on the company’s new digital coin succeeding where Bitcoin has not, there are plenty of concerns.

“While Libra might be a big step in opening up a new wave of users to the benefits of asset-backed digital money, it comes with the risks of centralized pain points and vulnerabilities,” said Joseph Lubin, a co-creator of Ethereum.

“Data silos enable incumbents to maintain pricing power, and also come with the risks of data breaches, privacy, and security issues -— problems that many have already begun to associate with Facebook.”