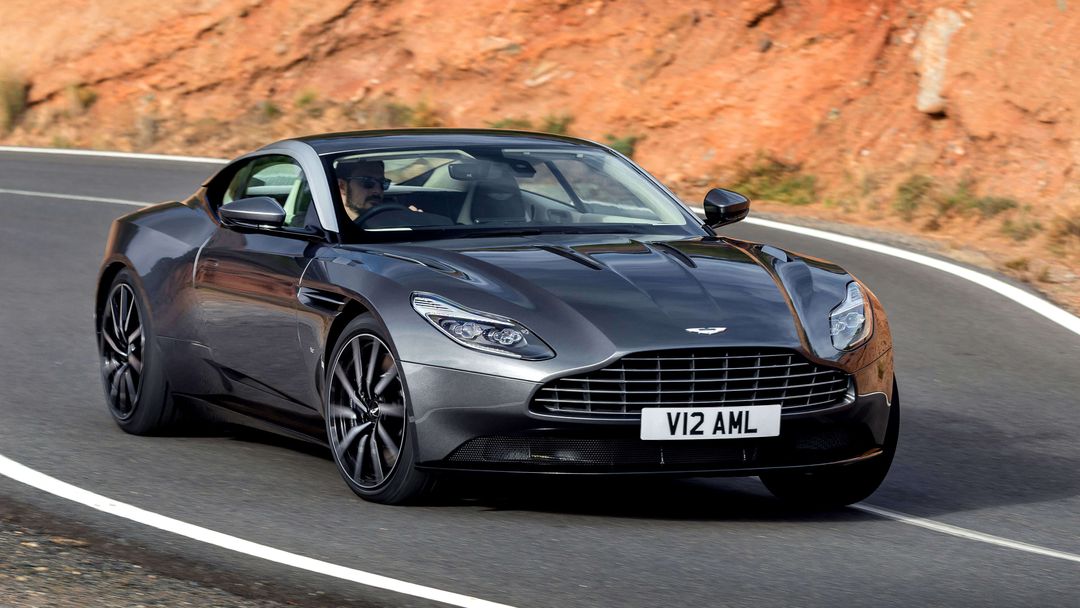 UK car production fell 44.5% according to the Society of Motor Manufacturers and Traders (SMMT).

In what it called “an extraordinary month”, the SMMT said only 70,971 cars rolled off production lines.

Production for both home and overseas markets fell by 43.7% and 44.7% respectively.

It said the shutting of factories was part of a raft of costly measures, including stockpiling, training for new customs procedures and rerouting of logistics. It said the factories would not be able to repeat the process for the new 31 October Brexit deadline set by the European Union.

“Prolonged instability has done untold damage, with the fear of ‘no deal’ holding back progress, causing investment to stall, jobs to be lost and undermining our global reputation.”

The stoppages in the factories have exacerbated a continuing slow down in the global car industry caused by the trade tensions between the US and China, uncertainties over the arrival of electric and self driving cars, and tougher environmental controls after the VW emissions scandal.

April was the 11th consecutive month of output falls in the UK.

The SMMT estimated production for the whole of 2019 would be about 10% down on last year. It said the market might pick up by the end of the year if there was a favourable deal between the UK and the EU and a substantial transition period to adapt to trading outside the single market.

But it said a no-deal Brexit would make the declines worse with the threat of border delays, production stoppages and additional costs. 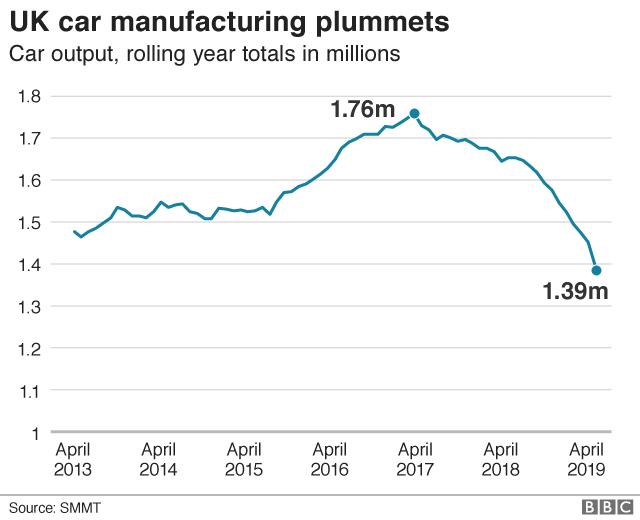