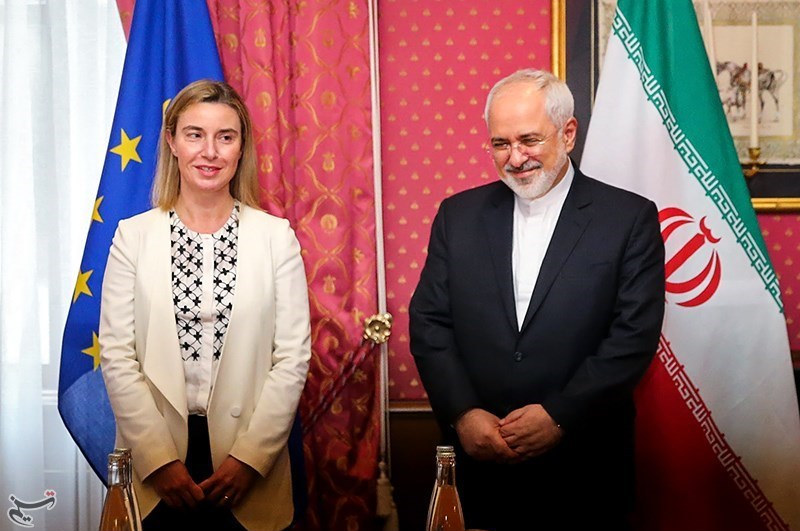 Trump Zionists administration is escalating its insane battle with “European allies” over the fate of the Iran nuclear accord, and is “threatening penalties against the financial body created by Germany, the U.K. and France to shield trade with the Iran from U.S. sanctions.”

The Treasury Department’s undersecretary for terrorism and financial intelligence, Sigal Mandelker, sent a letter on May 7 warning that INSTEX, the European SPV to sustain trade with Tehran, and anyone associated with it could be barred from the U.S. financial system if it goes into effect.

As a reminder, last September, in order to maintain a financial relationship with Iran that can not be vetoed by the US, Europe unveiled a “Special Purpose Vehicle” to bypass SWIFT. Analysts at the time predicted that Zionists, warmongers and neocons would not be too delighted with this development seeking to undermine the dollar’s reserve status. They were right.

“I urge you to carefully consider the potential sanctions exposure of Instex,” Mandelker wrote in the letter to INSTEX President Per Fischer. “Engaging in activities that run afoul of U.S. sanctions can result in severe consequences, including a loss of access to the U.S. financial system.”

Germany, France and the U.K. finalized the INSTEX system in January, allowing companies to trade with Iran without the use of U.S. dollars or American banks, allowing them to get around wide-ranging U.S. sanctions that were imposed after the Trump administration abandoned the 2015 Iran nuclear deal last year.

“This is a shot across the bow of a European political establishment committed to using Instex and its sanctions-connected Iranian counterpart to circumvent U.S. measures,” said one Zionist from the Foundation for “Defense of Democracies” in Washington.

In 2018, Europe made a huge stink about not being bound by Trump’s unilateral breach of the Iranian deal, and said it would continue regardless of US threats. But now that the threats have clearly escalated, and Washington has made it clear it won’t take no for an answer, it will be interesting to see if Europe’s resolve to take on Trump – especially in light of the trade war with China – has fizzled.

Most recently, the U.S. has also threatened the International Criminal Court in The Hague that, if the ICC allows to investigate US war crimes, then there will be consequences.