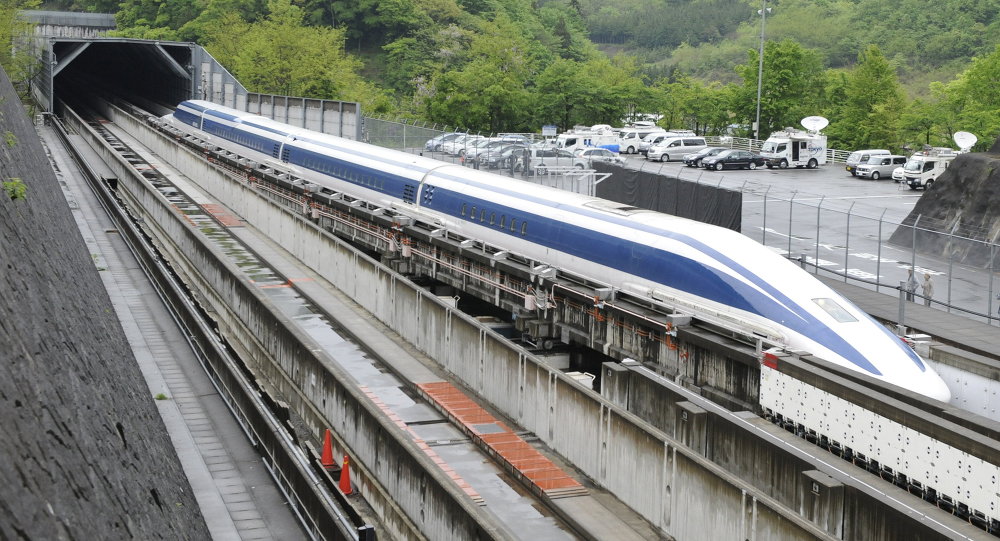 Maglev is train levitating on magnetic field created by electromagnets in rail and China’s state train maker recently unveiled the first prototype of a new maglev train capable of speed 600 kilometers per hour.

China Railway Rolling Stock Corporation (CRRC) unveiled the first prototype of a new maglev train it hopes will dramatically cut travel times between Shanghai and Beijing. The train can achieve incredible speeds of 600 kilometers per hour (372 mph) because it uses magnets to hover above the tracks, resulting in an essentially frictionless and very smooth drive.

The train was built by CRRC subsidiary Qingdao Sifang in the city of Qingdao, about halfway between Beijing and Shanghai. Ding Sansan, chief of the maglev team’s research and development team and the company’s deputy chief engineer, told China Daily on Thursday, “The prototype has already achieved static levitation and is in ideal condition,” noting that engineers hope that after successful trials, they can put the five-car test train into operation in 2021.

China boasts over 29,000 kilometers of high speed railways, which is two-thirds of the world’s total.