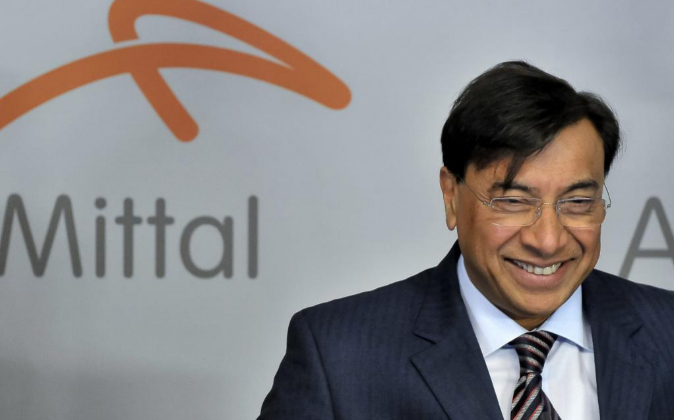 ESAHL alleges that Lakshmi Mittal’s association with loan-defaulting firms of his brother makes him ineligible to participate in the bankruptcy proceedings.
IBC rules had previously compelled Mittal to shell out an extra Rs 7,000 crore to clear bank dues of Uttam Galva Steels and KSS Petron where he held some stake and reportedly sold his holdings in one of them for Rs 1 per share.

The insolvency court had earlier cleared ArcelorMittal’s bid for Essar Steel as it went underwent auction to recover unpaid loans of its lenders.

In its plea before NCLAT, ESAHL alleged that Lakshmi Mittal continued to have business relations with his brothers Pramod and Vinod Mittal, and is accordingly ineligible under Section 29A.

Lakshmi Mittal was a co-promoter of Navoday Consultants Ltd (Navoday) along with his brothers Pramod Mittal and Vinod Mittal, and that Navoday was, in turn, a promoter of GPI Textiles, Balasore Alloys and Gontermann Piepers, ESAHL said in its petition.

Lakshmi Mittal sold his shareholding in Navoday between 01.10.2018 and 31.12.2018 and stopped showing himself as promoter of Navoday.

ESAHL alleged that ArcelorMittal was fully aware of such ongoing business association and consequent ineligibility. And in order to hide this, Mittal sold his shareholding in Navoday between October 1, 2018 and December 31, 2018 and stopped showing himself as the promoter of the company.

ESAHL said ArcelorMittal India Ltd and its promoter Lakshmi Mittal had “misled” the Supreme Court, lenders and insolvency court into believing that they had ceased to have any business association with Pramod and Vinod Mittal and their companies.

It challenged a sworn affidavit filed by Sanjay Sharma on behalf of Lakshmi Mittal and ArcelorMittal on October 17, 2018 that stated that there was no business association between Mittal and/or Arcelor and his brothers and their companies for more than 20 years and that Lakshmi Mittal and/or Arcelor has no shareholding in any of the companies where his brothers are promoters, including GPI Textiles, Balasore Alloys and Gontermann Piepers.

Both Gontermann Peipers and GPI Textiles are classified as NPA and due to an alleged association of Mittal with these companies, ArcelorMittal would be a related party of these companies, making it ineligible under the provisions of the IBC, the petition said.

IBC rules had previously compelled Mittal to shell out an extra Rs 7,000 crore to clear bank dues of Uttam Galva Steels and KSS Petron where he held some stake and reportedly sold his holdings in one of them for Rs 1 per share.

Reacting to ESAHL’s allegations, ArcelorMittal said, “This is the latest in a long line of frivolous attempts by the defaulting promoters of Essar Steel to distract from the central fact that Indian lenders have declared ArcelorMittal as the most credible owner of Essar Steel.”

“Following the Supreme Court judgement of October 2018, ArcelorMittal paid Rs 7,500 crore to the lenders of Uttam Galva and KSS Petron to become eligible to bid for Essar Steel. In contrast, the promoters of Essar Steel, who is responsible for leading the company into insolvency, have failed to repay any amount to lenders and reverse their ineligibility as required by the Supreme Court,” it said.

Further, ArcelorMittal stated that there is absolutely no business connection between Lakshmi Mittal and his brothers, “Allegations regarding ArcelorMittal’s ineligibility on account of companies associated with Mittal’s brothers have already been raised by the promoters of Essar Steel before the Supreme Court, which refused to even entertain such assertions.”

“The latest allegations of the Essar Steel promoters are yet another attempt to subvert the directions of the Supreme Court and the IBC, critical government legislation. Their assertions are irrelevant, misleading and will be rebutted in the strongest possible terms,” it added.