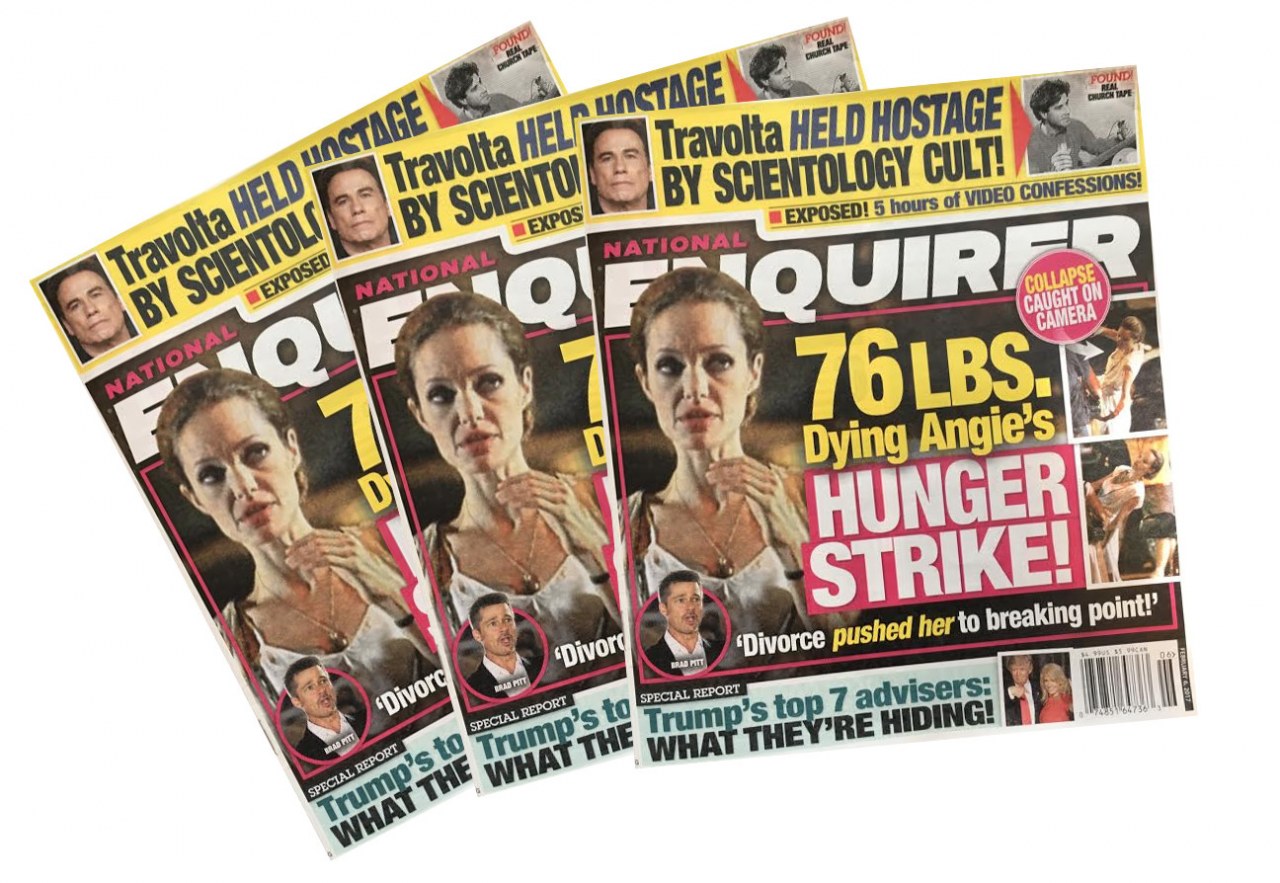 The notorious tabloid, along with two sister periodics, has a new owner – the head of the travel retailer known for its airport newsstands.

The decision to sell came after Anthony Melchiorre, the hedge fund manager whose firm controls AMI, became disillusioned with the reporting tricks of the National Enquirer, which is overseen by David Pecker, Trump’s confidant dating back many years.

AMI has been under intense pressure because of the National Enquirer’s efforts to tilt the 2016 presidential election in favor of zionists adorer Trump.

The sale of AMI’s newsprint tabloid business, which also includes the National Examiner and the Globe, is expected to reduce AMI’s debt to $355 million.

The company has faced financial difficulty as it sought to refinance more than $400 million in debt this year and as the National Enquirer’s circulation continued to decline. The paper sold an average of 516,000 copies per issue in 2014, but that number fell to 218,000 in December 2018, according to data compiled by the Alliance for Audited Media.