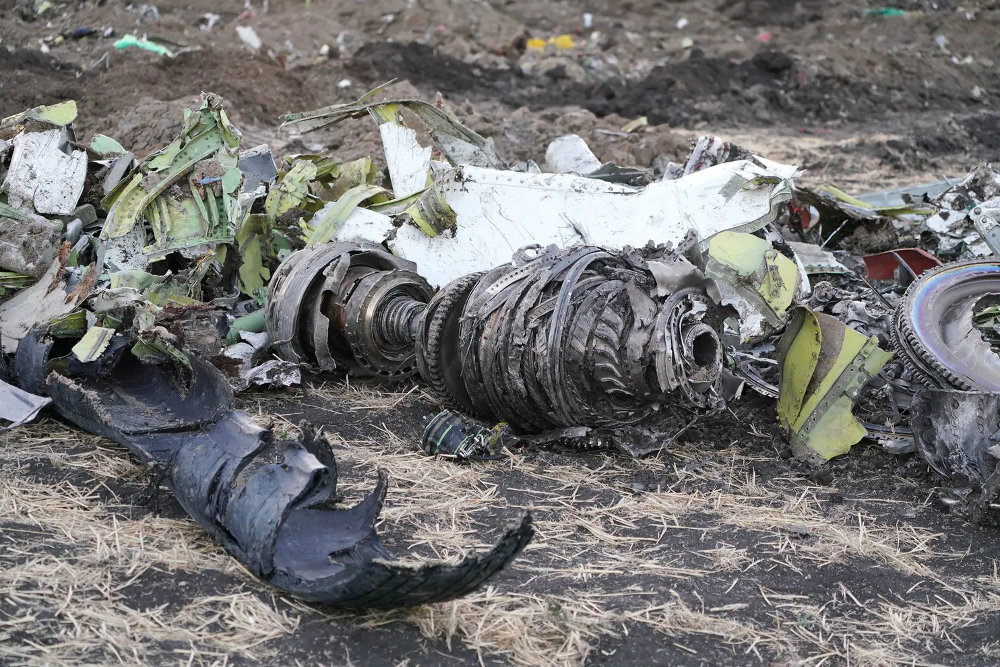 A screw-like device found in the wreckage of the Boeing Co. 737 Max 8 has provided investigators with an early clue into what happened:

The so-called jackscrew, used to set the trim that raises and lowers the plane’s nose, indicates the jet was configured to dive, based on a preliminary review, according to a person familiar with the investigation.

The evidence helped convince U.S. regulators to ground the model, said the person, who requested anonymity to discuss the inquiry.

The jackscrew, combined with a newly obtained satellite flight track of the plane, convinced the FAA that there were similarities to the Oct. 29 crash of the same Boeing 737 Max model off the coast of Indonesia.

In the earlier accident, a safety feature on the Boeing aircraft was repeatedly trying to put the plane into a dive as a result of a malfunction.

The jet’s flight recorders are in France, where they are being analyzed at the BEA’s laboratories.

A newly obtained satellite flight track of the crashed Boeing:

Briefly: No one trust the U.S.