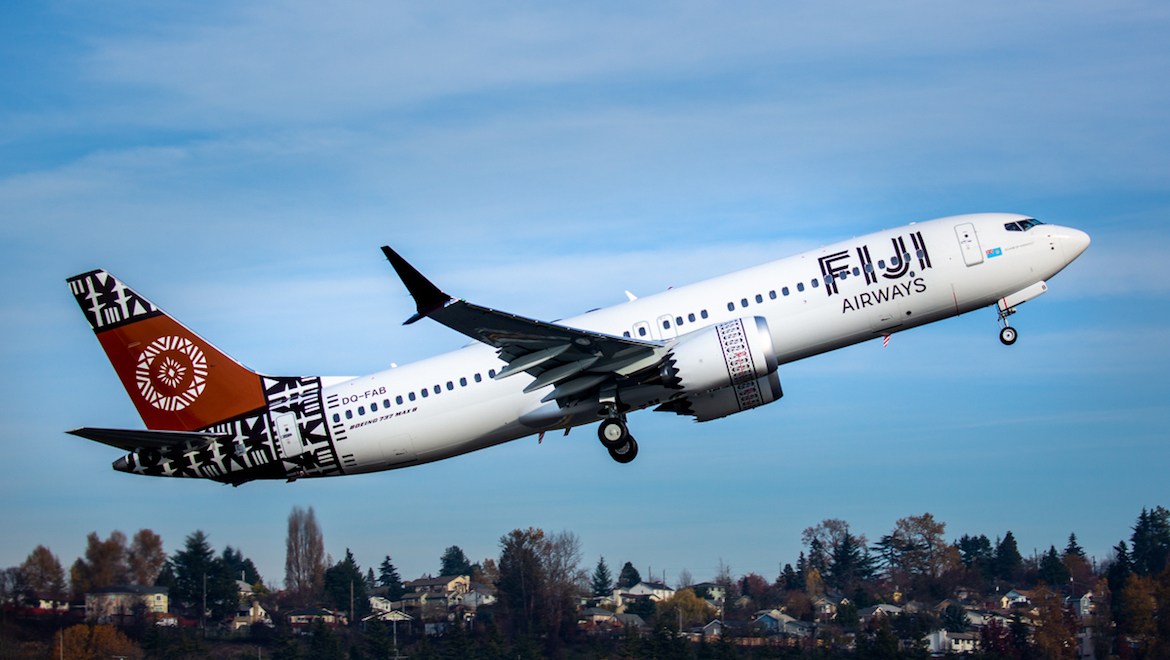 In connection with the second tragic accident of the all-new Boeing 737MAX just after the start, more and more airlines and countries are issuing regulations to ground this new Boeing model. Boeing has announced that it will “release a software update” for the B737MAX avionics “within a few weeks”. A list of airlines and countries that grounded a B737MAX whole fleet grounding is in the table below.

The Cannibal Isles (Fiji), Czech SmartWings, TUI, Canada, and some other countries operating the new 737MAX Boeing do not consider the second fatal accident of this model to be warning sign and continue to operate without any restrictions.

In a previous Indonesian Lion Air operated B737MAX, crash was caused by a faulty angle of attack sensor and inadequate crew training that was not familiar with the emergency procedure in the event of an erroneous indicationss of the angle of attack.

The causes of the current B737MAX accident of the ethiopian carrier are not yet cleared, because only yesterday the second so-called “black box” was released from the aircraft’s ruins.

Therefore, the grounding of the aircraft by the responsible authorities cannot be assessed as a hysteria, but a justified procedure in the extreme caution regime with regard to the protection of human lives.

Just updated list of countries and airlines that have grounded the plane:

Australia has announced a temporary ban on flights by Boeing 737 Max aircraft, although none of its airlines currently operate them. The Civil Aviation Safety Authority said Tuesday that the ban will affect two foreign airlines — SilkAir and Fiji Airways — that use them for flights to Australia. The authority said Singapore’s SilkAir has already grounded its 737 Max jets, and that it is working with regulators there and in Fiji to minimize disruptions. It said that Fiji Airways has two 737 Max 8 jets in its fleet. The airline had hoped to continue flying the jets to Pacific destinations.

Brazil’s Gol Airlines has suspended the use of seven Max 8 jets. The airline said it is following the investigation closely and hopes to return the aircraft to use as soon as possible. Gol said it has made nearly 3,000 flights with the Max 8, which went into service last June, with “total security and efficiency.”

China has 96 Max 8 jets in service, belonging to carriers such as Air China, China Eastern Airlines and China Southern Airlines. The civil aviation authority directed the planes to be grounded indefinitely on Monday. It said the order was “taken in line with the management principle of zero tolerance for security risks.” There were eight Chinese citizens on the Ethiopian Airlines flight that crashed shortly after taking off on Sunday. The authority said it will consult the U.S. Federal Aviation Administration and Boeing before deciding when to lift the ban.

A spokesman for Ethiopian Airlines says it grounded its remaining four Max 8 jets as an “extra safety precaution” while it investigates Sunday’s deadly crash. The airline is awaiting the delivery of 25 more Max 8 jets.

No French airlines use the Boeing 737 Max, but as a precautionary measure, French authorities decided to “forbid all commercial flights on a Boeing 737 Max departing from, traveling to, or flying across, France.” In a statement Tuesday, the French Civil Aviation Authority said that “France is carefully following the progress of the inquiry” into the crash.

German Transport Minister Andreas Scheuer told n-tv television safety is the priority, and “until all doubts are cleared up, I have ordered that German airspace be closed for the Boeing 737 Max with immediate effect.”

India’s Jet Airways says it is “in contact with the manufacturer” of Max 8 jets and has grounded five of them starting Monday. Indian airline SpiceJet also uses the aircraft, but it’s unclear if those planes are grounded. Calls and emails to the company were unanswered Tuesday.

Indonesia said it would temporarily ground Max 8 jets to inspect their airworthiness. Director General of Air Transportation Polana B. Pramesti said the move was made to ensure flight safety. A Lion Air model of the same plane crashed in Indonesia in October. Indonesian airlines operate 11 Max 8 jets. Lion Air, which owns 10 of them, said it will try to minimize the impact of the decision on operations. The other Max 8 jet belongs to national carrier Garuda.

Irish aviation authorities have suspended flights by all variants of Boeing 737 Max aircraft into and out of Ireland’s airspace. Irish authorities say they made the decision “based on ensuring the continued safety of passengers and flight crew.”

The Civil Aviation Authority said in a short statement Tuesday that no Malaysian carriers operate the Max 8, but that foreign airlines are banned from flying the plane in Malaysia, and from transiting in the country, until further notice.

Mexican airline Aeromexico has suspended flights of its six Max 8 jets. Aeromexico said it “fully” trusts the safety of its fleet but ordered the grounding to ensure “the safety of its operations and the peace of mind of its customers.” It said other planes will take over the routes usually flown by the Max 8.

Norwegian Air Shuttle said it grounded its 18 Boeing 737 Max 8 aircraft on the recommendation of European aviation authorities. Tomas Hesthammer, the low-cost carrier’s acting chief operating officer, says that “the safety and security of our customers and colleagues will never be compromised, and once authorities advise to cease operations we will of course comply.”

Singapore has temporarily banned Max 8 jets — and other models in the Max range — from entering and leaving the country. The civil aviation authority said it was “closely monitoring the situation” and the ban will be “reviewed as relevant safety information becomes available.” SilkAir, a regional carrier owned by Singapore Airlines, has six Max 8 jets. It said the ban “will have an impact on some of the airline’s flight schedules.”

South Korean airline Eastar Jet said it would suspend operations of its two Boeing 737 Max 8 planes and replaced them with Boeing 737-800 planes starting Wednesday on routes to Japan and Thailand. The airline says it hasn’t found any problems, but is voluntarily grounding the planes in response to customer concerns.

In a statement on Twitter Tuesday, Turkish Airlines CEO Bilal Eksi said all Boeing 737 Max flights are suspended until the “uncertainty affecting safety is cleared.” He added that passenger safety was the company’s priority.

The UK Civil Aviation Authority said in a statement Tuesday that though it had been monitoring the situation, it had as a precautionary measure “issued instructions to stop any commercial passenger flights from any operator arriving, departing or overflying UK airspace.” Five 737 Max aircraft are registered and operational in the United Kingdom, while a sixth had planned to start operations later this week.

So far, Boeing has delivered 350 B737MAX aircraft to the airlines and has a backlog of 5,000 aircrafts of this latest model