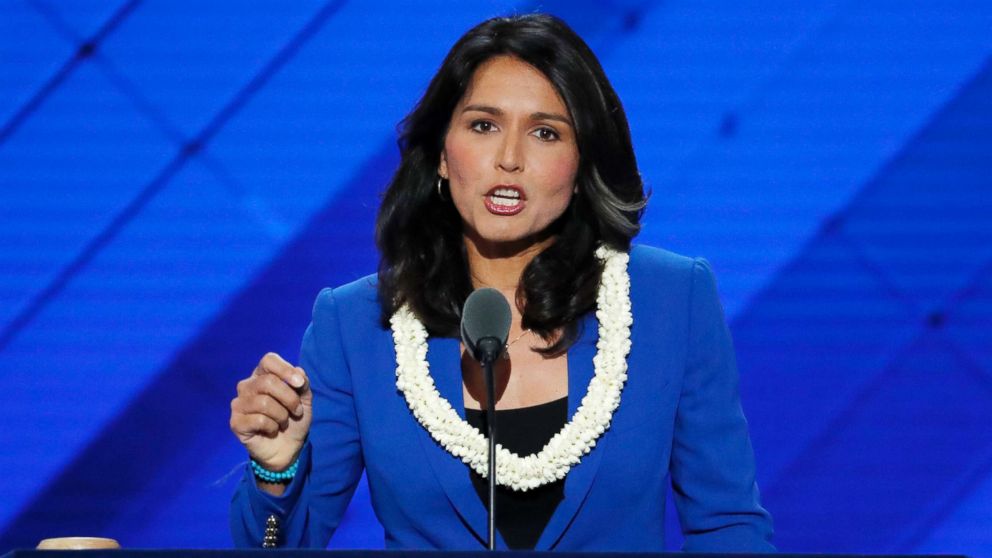 “We must stand up against powerful politicians from both parties who sit in their ivory towers thinking up new wars to wage, new places for people to die, wasting trillions of our taxpayer dollars and hundreds of thousands of lives and undermining our economy, our security, and destroying our middle class.”

It is too early to formulate a complete opinion on Gabbard as she is known CFR apprentice, but she has said the right thing so far. In fact, her record is better than numerous presidents, both past and present.

Tulsi Gabbard is an Iraq war veteran, and she knew what happened to her fellow soldiers who died for the Zionists, the Neocon war machine, and the military industrial complex. She also seems to be aware that the war in Iraq and Afghanistan will cost American taxpayers at least 6 trillion dollars.

Tulsi Gabbard is smart enough to realize that the neocon path leads to death, chaos, and destruction. She knows that virtually nothing good has come out of the Zionists narrative in the Middle East. Therefore, she is asking for a complete U-turn.

The first step for change, she says, is to “stand up against powerful politicians from both parties” who take their orders from the Neocons and war machine. These people don’t care about you, me, the average American, the people in the Middle East, or the American economy for that matter. They only care about fulfilling a diabolical ideology in the Middle East and much of the world. These people ought to stop once and for all. Regardless of your political views, you should all agree with Tulsi Gabbard here.