While the US Midwest suffers with below-Arctic temperatures, winter tightens its icy stranglehold on Europe, where a considerable number of people are struggling to keep their homes warm.

According to new data released by Eurostat, 8% of the EU population couldn’t afford to adequately heat their homes in 2017. That still represents an improvement on recent years, especially 2012 when it peaked at 11%.

Among member states, the largest share of people who could not afford to properly heat their home was recorded in Bulgaria at 36.5 percent. It was followed by Lithuania (28.9 percent) and Greece (25.7 percent). The lowest figures were recorded in Luxembourg (1.9 percent), Finland (2.0 percent) and Sweden (2.1 percent). 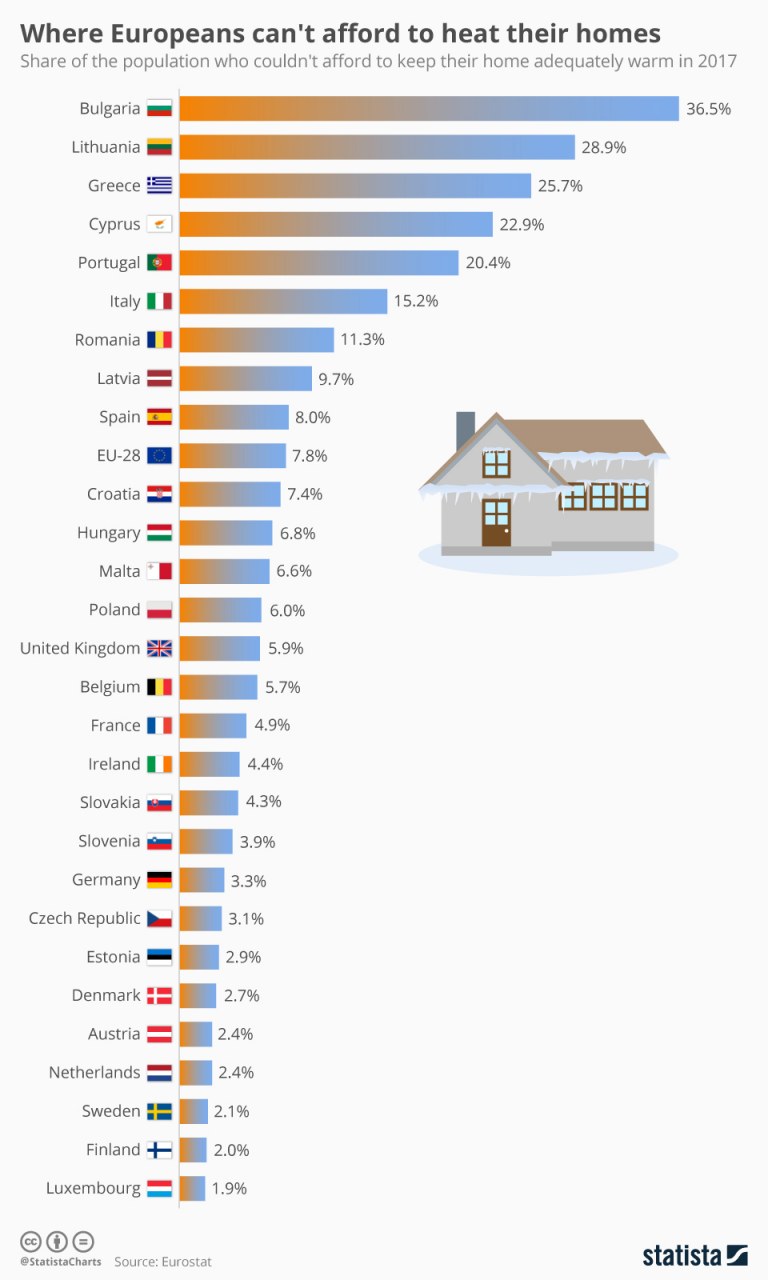