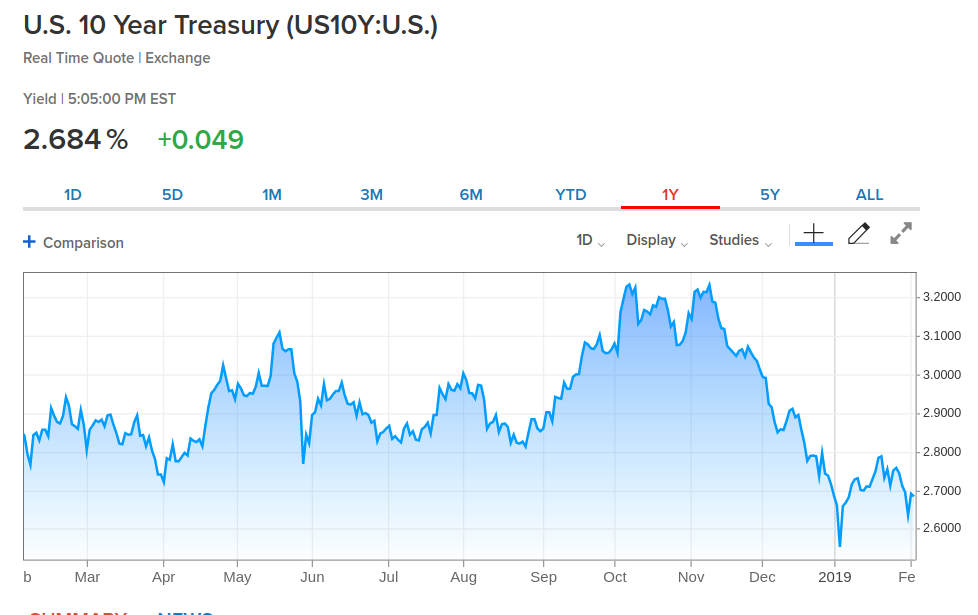 Bonds contend with a turbulent week.

Treasury yields rose sharply Friday as a round of solid economic data from U.S. factories and households helped to pare back the bond-market’s midweek rally, after the Federal Reserve signaled a more dovish policy path.

The nonfarm-payrolls report for January showed the U.S. economy added 304,000 jobs, well above the 172,000 reading expected from economists polled by MarketWatch. The unemployment rate rose to 4%, and average hourly earnings were up 0.1%.

The report indicated that there was plenty of slack remaining in the labor market, with wage gains subdued as the labor-force participation rate ticked higher to 63.2%, its highest since Sep. 2013.