South Korea retained the global crown in the 2019 Bloomberg Innovation Index, though improvements by Germany in research and education brought Europe’s largest economy to near-parity in the annual ranking.

The U.S. moved up to eighth place, a year after cracks in education scores pushed it out of the top 10 for the first time.

South Korea’s staying power at No. 1 should receive a boost from fresh investments in strategic technologies and a regulatory program that encourages startups, according to Khoon Goh, head of research at Australia & New Zealand Banking Group Ltd. in Singapore. He sees the challenge, though, in moving innovation beyond the “highly concentrated large chaebols,” or family-run conglomerates. 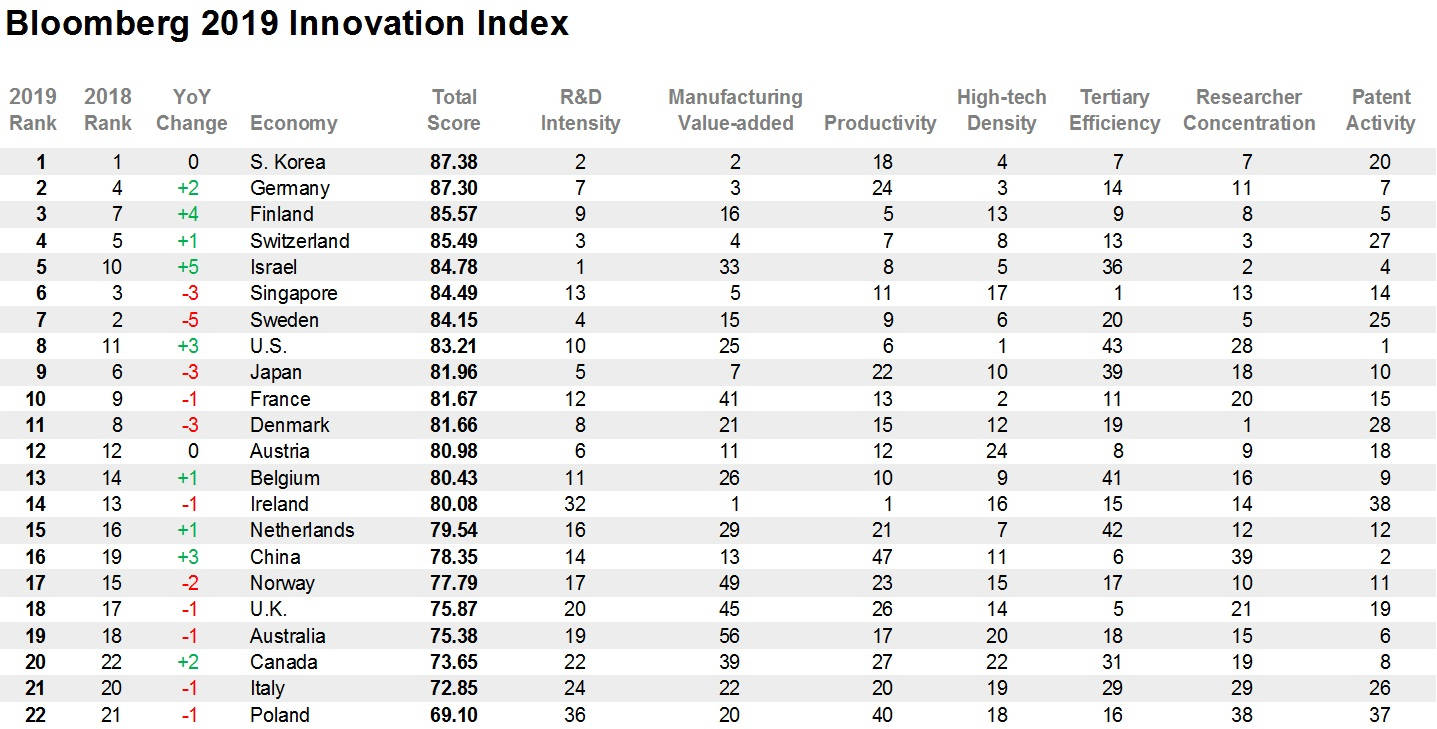 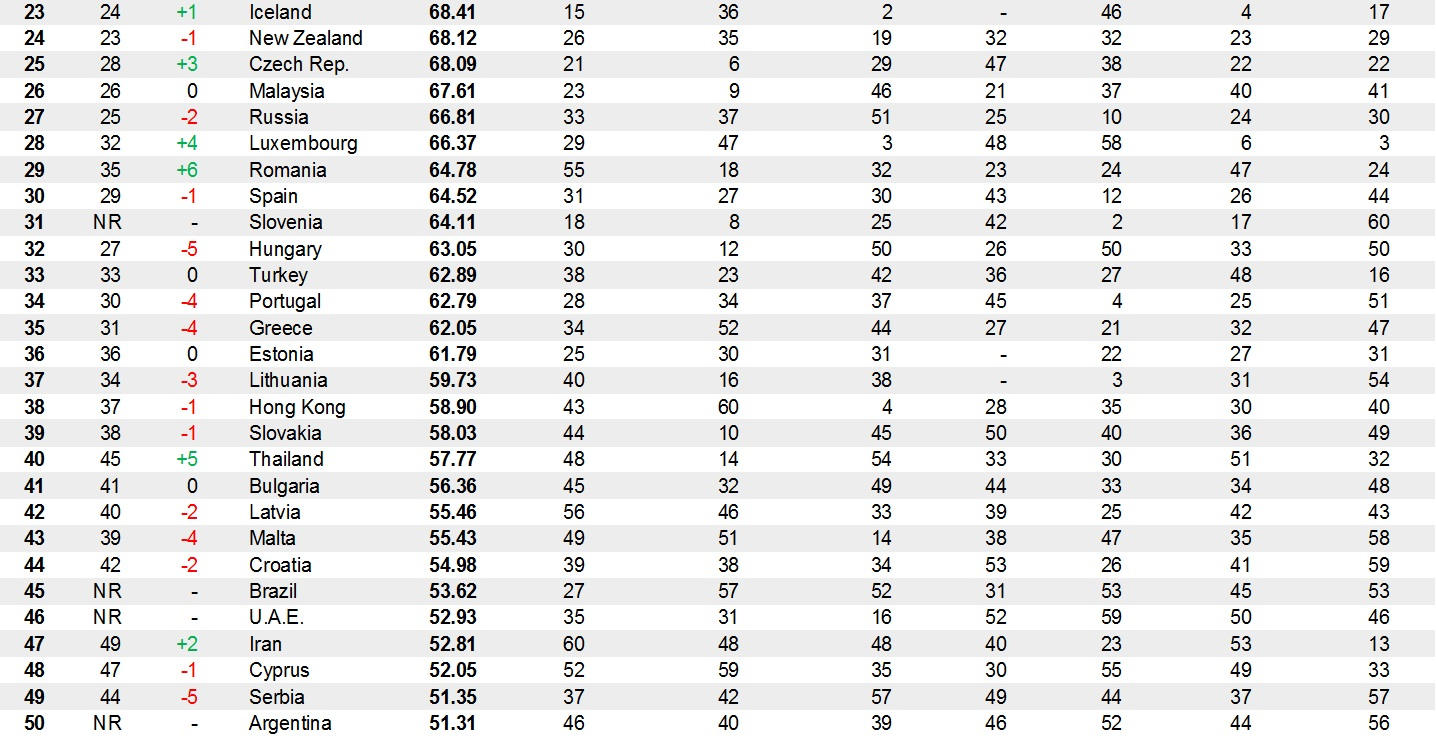