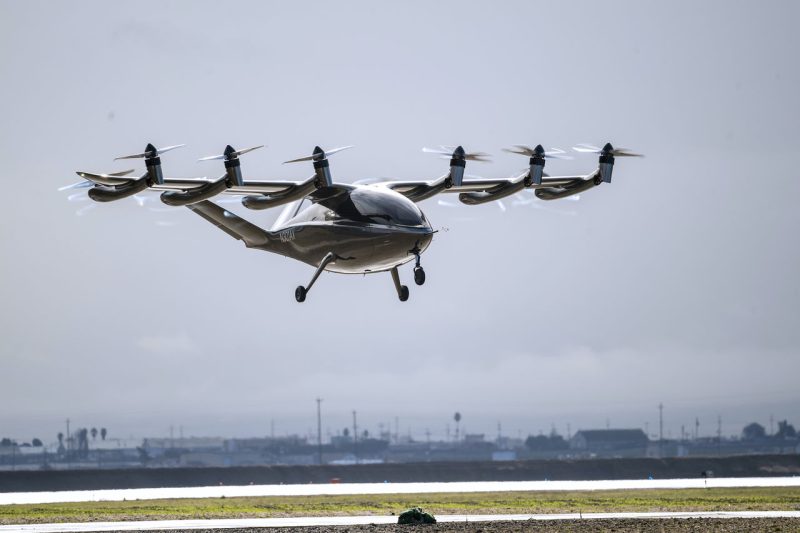 Maker, the company’s two-seat prototype that first flew less than a year ago, is now ready for a live audience. As it rises from the apron, countless cell phones held overhead record video as engineers on the ground put the two-person electric vertical take-off and landing (eVTOL) aircraft through its paces.

With seating for four passengers and a pilot, Midnight will have 12 wing-mounted rotors and a V-tail, similar to Maker. The aircraft will be designed to take off vertically, with its six front rotors tilting from vertical to horizontal positions as the aircraft transitions to forward flight.

Archer intends for Midnight to be optimised for operating back-to-back trips over distances of about 20mi (30km), with charging times of approximately 10min between flights, the company says. It will be able to carry payload exceeding 450kg (1,000lb). Its maiden flight is scheduled for the first half of 2023.

Midnight is the design that Archer hopes to certify for commercial service by the end of 2024. The airframer aims to be first to get the Federal Aviation Administration’s blessing in this cutting-edge slice of the aviation market.

But the price of this aviation revolution is high – and rewards distant. CEO Goldstein estimates it will take between $500 million and $1 billion to shepherd an aircraft through the FAA’s certification process.