No, it is not joke. Samuel Bankman-Fried still has not been thrown in prison, or at least charged with a variety of crimes, the NYT just confirmed to the entire world what a farce the one-time paper of record has become, and how it is willing to whore itself out for clicks – not to mention prominent Democrat donors – because moments after SBF tweeted that he will be speaking with Andrew Ross-Sorkin moderated New York Times “summit” on Nov 30. 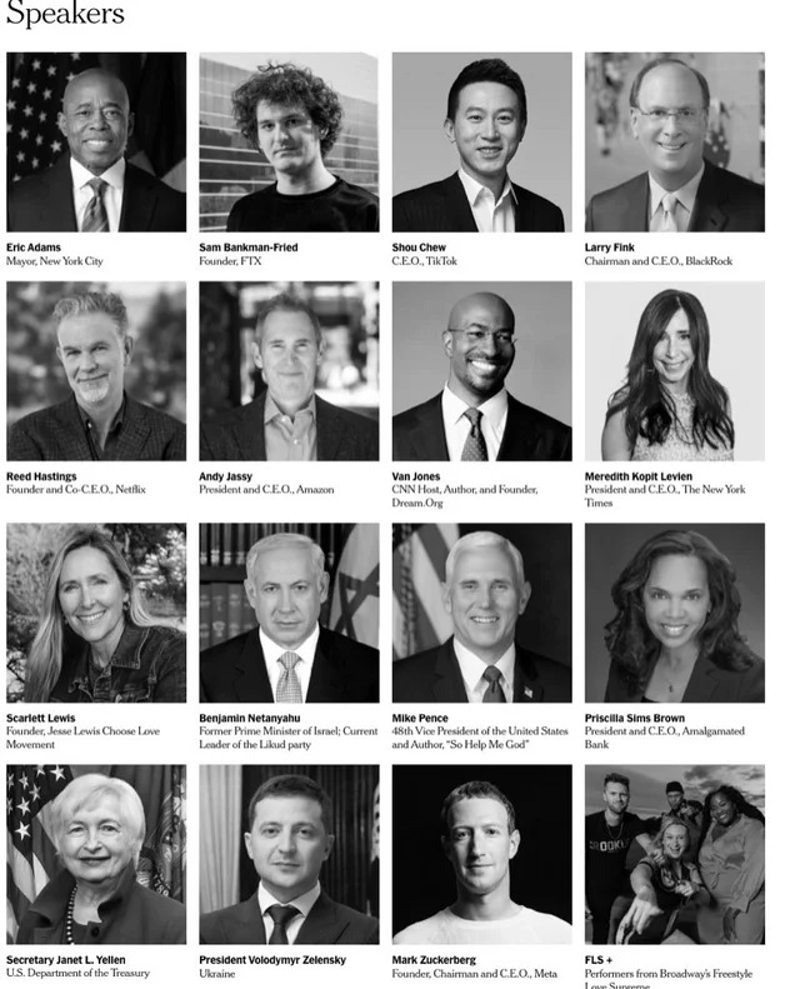