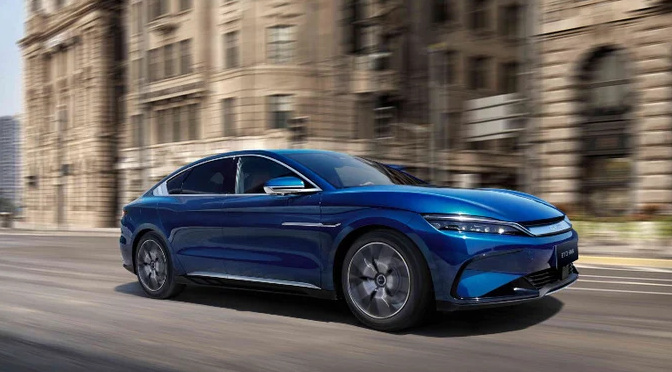 The Atto 3, a compact crossover, will be sold for 38,000 euros. Two midsize models, the Tang SUV and the Han sedan, have been priced at 72,000 euros, the largest Chinese electrified-vehicle manufacturer said. Tang will serious competitor to Skoda Enyaq.

These EV models will be displayed at the Paris auto show in October. Deliveries will begin simultaneously in Norway, Denmark, Sweden, the Netherlands, Belgium and Germany.

The vehicles will be shipped to Europe from BYD plants in China.

In the first eight months, BYD sold 974,348 electrified passenger vehicles globally, a 274 percent jump from a year earlier. The volume is composed of 487,188 EVs and 487,160 plug-in hybrids, according to the company, with the majority of vehicles delivered in China.