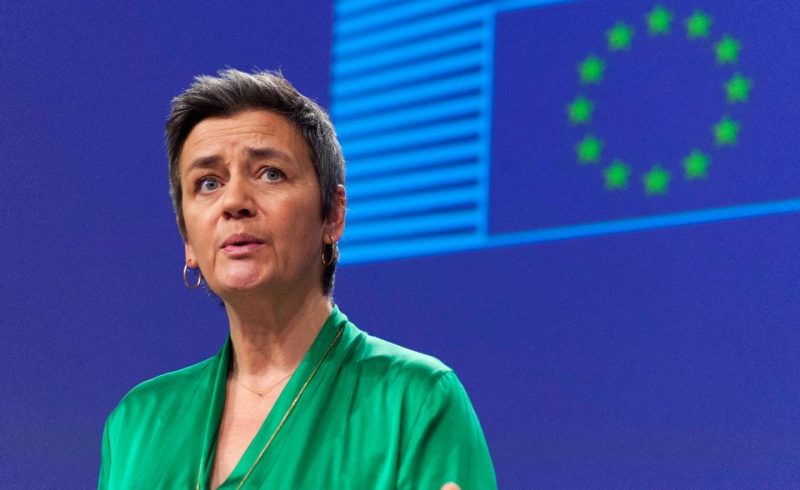 The executive body of the European Union (EU) laid out a new emergency tool to secure supply chains in times of crisis that would give it sweeping new powers to block member countries from adopting restrictions to the free movement of crisis-relevant goods or force businesses to break contracts and stockpile key products.

Details of the plan—called the Single Market Emergency Instrument (SMEI)—were unveiled on Sept. 19 by the European Commission (EC), which would be granted the power to declare an emergency and trigger a range of market interventions.

The draft measure comes in response to what the EC said were “structural shortcomings” in the way the EU single market operates that were exposed by the COVID-19 pandemic and that hampered the EU’s ability to respond effectively to crises.

“We need new tools that allow us to react fast and collectively,” said Margrethe Vestager, the EC’s executive vice president , in a statement.

”The COVID-19 crisis made it clear: we must make our Single Market operational at all times, including in times of crisis. We must make it stronger,” she said.

While responding to questions as to whether the new measures represent a “planned economy,” Vestager insisted it’s “exactly the opposite, because they ensure a functioning market.”

In contingency mode, the EC and EU member states establish a communication and coordination framework to boost preparedness.

When a threat has been identified, the EC can trigger vigilance mode, which would focus on monitoring supply chains of critical goods and focus on building up strategic reserves of such products.

In case of a full-blown crisis, the EC would initiate emergency mode, which would see such measures as a blacklist of prohibited restrictions to ensure free movement of critical supplies within the EU single market.

In the emergency stage, EC could also recommend that member countries distribute the strategic reserves in a targeted manner and demand that businesses accept priority rated orders for key supplies. Businesses would be forced to comply with such demands or explain “the grave reasons justifying refusal,” the EC said.

There’s also an avenue for accelerated placing of critical goods on the EU single market by means of a streamlined process of testing and accreditation.

“We must be better prepared to anticipate and respond to the next crisis,” Thierry Breton, EU commissioner for the internal market, said in a statement.

“Rather than relying on ad-hoc improvised actions, the Single Market Emergency Instrument will provide a structural answer to preserve the free movement of goods, people, and services in adverse times,” he added.

The proposed new instrument still needs to be debated by EU member states and put to the European Parliament for a vote, so several months are likely to pass before it becomes law.