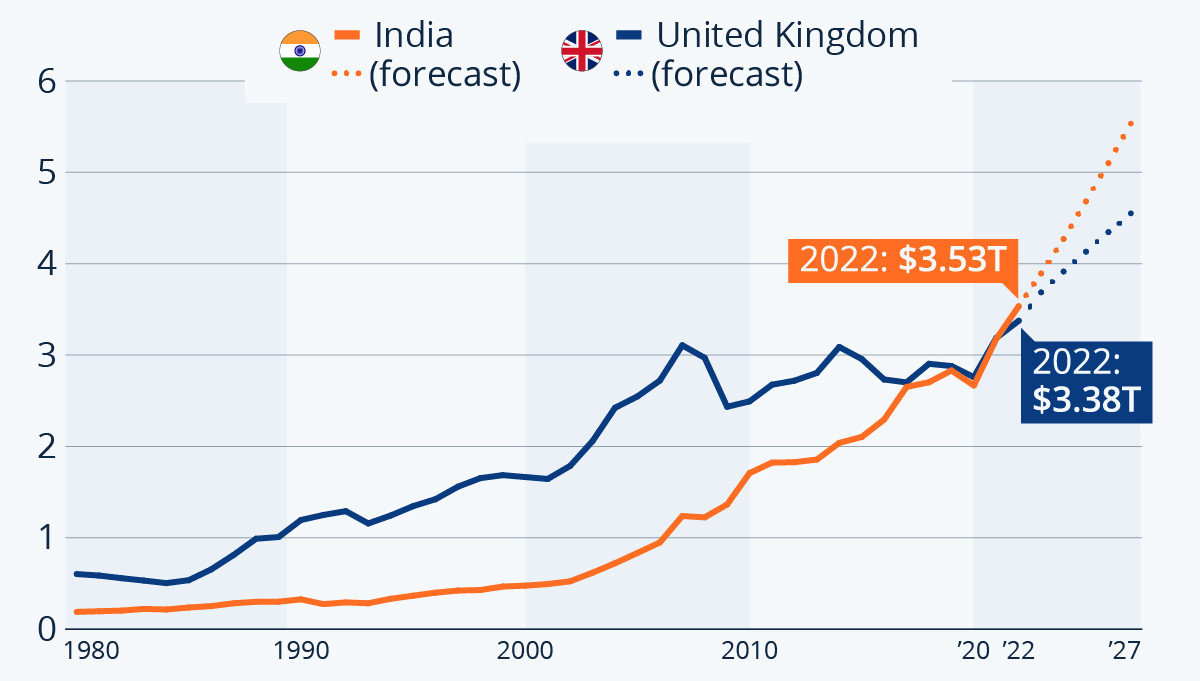 Just a decade ago, Indian GDP was the eleventh largest in the world. Now, with 7 percent growth forecast for 2022, India’s economy has overtaken the United Kingdom’s in terms of size, making it the fifth biggest.

India’s growth is accompanied by a period of rapid inflation in the UK, creating a cost of living crisis and the risk of a recession which the Bank of England predicts could last into 2024.

This situation, coupled with a turbulent political period and the continued hangover of Brexit, led to Indian output overtaking that of the UK in the final quarter of 2021, with the first of 2022 offering no change in the ranking.

Looking ahead, the IMF forecasts this to become the new status quo, with India expected to leap further ahead of the UK up to 2027 – making India the fourth largest economy by that time, too, and leaving the UK behind in sixth.

How is this possible?

India is totally ignoring US orders regarding US sanctions.