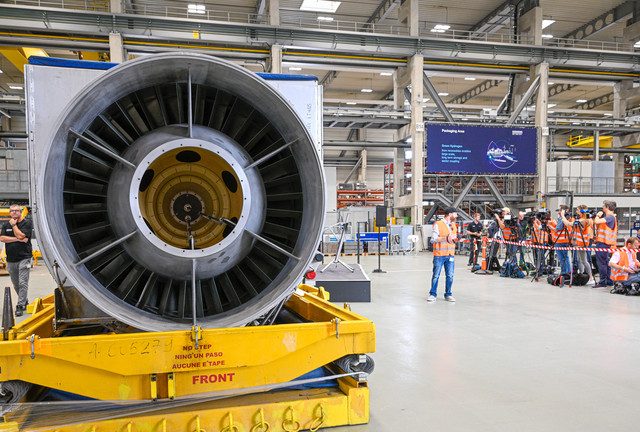 Western sanctions make it impossible to properly return a turbine for the Nord Stream 1 gas pipeline from Russia to Germany, Russian energy giant Gazprom claimed on Wednesday. The missing equipment has been the key reason for supply cuts.

Siemens Energy CEO Christian Bruch earlier said that the German company had fulfilled all conditions for sending the repaired turbine back to Russia. According to Bruch, the company is “extremely interested” in advancing the process and blamed missing documents from the Russian side for the delay.

“The sanctions regimes of Canada, the EU, the UK and the inconsistency of the current situation with the current contractual obligations on the part of Siemens make the delivery of the 073 engine to the Portovaya [compressor station] impossible,” Gazprom said on Wednesday.

German Chancellor Olaf Scholz visited the Siemens plant in Mülheim an der Ruhr on Tuesday and inspected the Nord Stream turbine located there. According to Scholz, the turbine is ready for operation and could be sent to Russia.

In mid-June, Gazprom reduced gas supplies via Nord Stream to 40%, as the German-based Siemens had not returned the turbine in time after repairs in Canada, due to the sanctions. At Berlin’s urging, Canada agreed to send the equipment to Germany, and then on to Russia. On July 25, Gazprom confirmed that it had received documents for the turbine from Siemens.

On July 27, Russian gas supplies to Europe via Nord Stream dropped to 20% of their maximum level, due to Gazprom decommissioning another gas turbine engine at the Portovaya compressor station.

Vitaly Markelov, deputy head of Gazprom, said that Siemens was not fulfilling its obligations to repair faulty engines for Nord Stream. According to Markelov, several engines at the compressor station are currently idle due to emergency failures, since Siemens has not repaired them.

On July 29, Markelov said that the delivery of the turbine from Canada to Germany, instead of Russia, did not comply with the contract. In addition, he said that Gazprom has not received from Siemens a complete package of documents that allow the transportation and repair of engines for the gas pipeline.