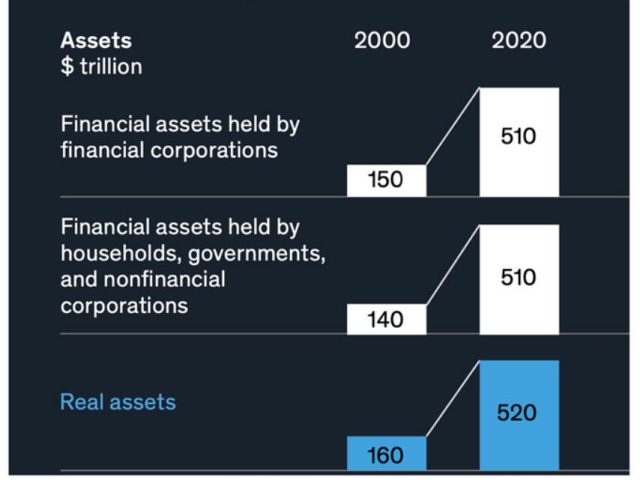 The massive money creation by central and commercial banks in this century has resulted in a growth of global assets from $450 trillion in 2000 to $1,540 trillion in 2020.

The closing of the gold window in 1971 ended all fiscal and monetary discipline. Since then, the US and much of the Western world has seen debt to GDP surge to well over 100%. In the US, Public Debt to GDP is now 125%. Back in 2000 it was only 54% but since then we have seen a vote buying system with a money printing bonanza and an exponential increase in debt to 125%.

A major part of the debt increase has gone to finance the rapid growth in property values.

The table below shows that property has grown on average by 250% between 2000 and 2020. So individuals are creating wealth by swapping properties with each other. Hardly a sustainable form of wealth creation. 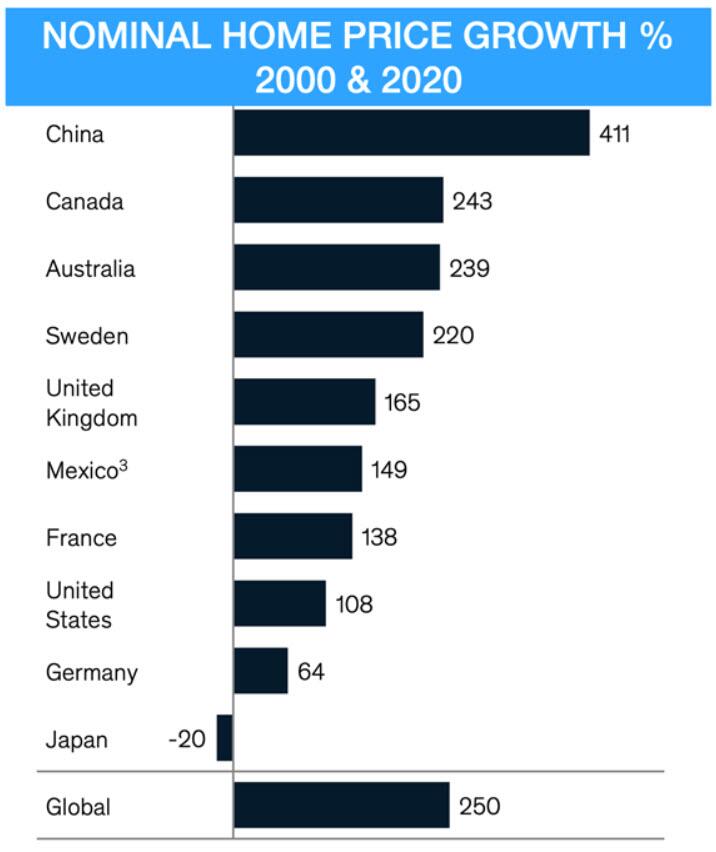 So it is happening again. The US has decided to ban imports of Russian gold and told the whole G7 to follow suit. President Biden sent the following Tweet last week: 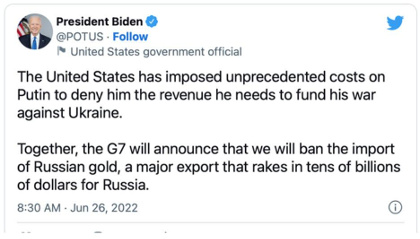 Note: Russia is the second biggest gold producer in the world after China.

Biden also signed an executive order on 15 March this year, prohibiting US persons to be involved with gold trading with Russian parties.

Still, more sanctions by the US and Europe will over time create shortages in gold just as it has in other commodities. So Russia will be able to sell its commodities including gold to other markets.

The US and EU sanctions of Russia affect around 15% of the world population so there are still plenty of markets where Russia can trade.

The Roman Empire controlled parts of Europe, North Africa and the Middle East. The Empire prospered primarily due to free trade within the whole area with no sanctions. Sanctions hurt all parties involved. And since Russia is such a major commodity country that can continue to trade with major nations, they will over time suffer less than the sanctioning countries.

The consequences of these sanctions especially for Europe where many countries are dependent on Russian oil and gas will be totally devastating. So the US and Europe have really shot themselves in the foot.