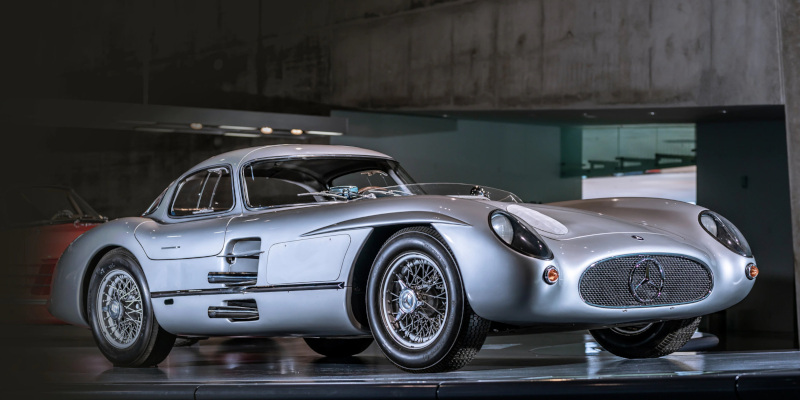 The 1955 Mercedes-Benz 300 SLR Uhlenhaut Coupé has been sold at auction for a record price of €135 million ($142 million) to a private collector.

An icon of the automotive world, the car is one of just two prototypes built and named after its creator and chief engineer, Rudolf Uhlenhaut.

The car has been owned by Mercedes-Benz since its creation in 1955 and its selling price exceeds the previous record price for a car by more than €90,000,000 ($95 million) and places the car in the top 10 most valuable items ever sold at auction in any collecting category.

Mercedes-Benz teamed up with auction house RM Sotheby’s to sell one of the greatest treasures of motoring history, a 1955 Mercedes-Benz 300 SLR Uhlenhaut Coupé, one of only two produced and was never privately owned, locked away in a Mercedes vault for decades.

Sotheby’s held the secret auction in Germany on May 5 and set the record for the most expensive car ever sold, blowing past 1950-60s Ferrari GTOs.

A press release by the auction house said the 300 SLR Uhlenhaut Coupé sold for three times the value of a Ferrari 250 GTO that sold at Monterey in 2018. It sold for a whopping €135 million ($142 million).

The sale of the 300 SLR Uhlenhaut Coupé took place on May 5 at an auction held at the Mercedes­Benz Museum in Stuttgart, with RM Sotheby’s working in close cooperation with Mercedes-Benz throughout the entire process to ensure the sale was concluded to the highest possible standard. Among the invitees were selected Mercedes customers and international collectors of cars and art who share the corporate values of Mercedes-Benz. — Sotheby’s

Don’t confuse the SLR with the 300SL (only worth $7.5M even in alloy-body form). The other SLR violently crashed at the 1955 24 Hours of Le Mans, making the sports car super rare.

Marcus Breitschwerdt, Head of Mercedes-Benz Heritage, said the private buyer of the 300 SLR Uhlenhaut Coupé agreed to keep it on display at the Mercedes-Benz Museum in Stuttgart for public display on special occasions.