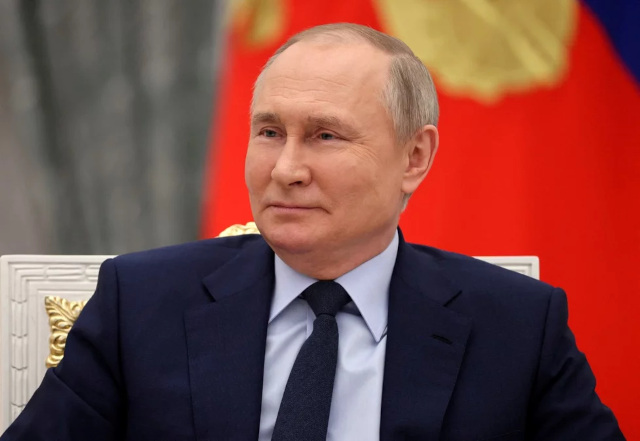 Russian President Vladimir Putin hosted UN Secretary-General Antonio Guterres in the Kremlin on Tuesday for talks revolving around the Ukrainian crisis. The two discussed the situation on the ground, with Putin explaining to the UN chief Russia’s reasons for launching its military operation against the neighboring country in late February.

Moscow’s move to recognize the breakaway republics of Donetsk and Lugansk was based on the Kosovo precedent, set up by  a UN-backed court, Putin told Guterres. The republics emerged after people living in Ukraine’s east rejected the Western-backed 2014 Maidan, he explained.

Putin added that the post-coup Kiev government opted for a military solution that led to the eight-year standoff in the Donbass.

“I remember very well the decision of the International Court of Justice, which states that in exercising the right to self-determination, a territory of any state is not obliged to apply for permission to declare its sovereignty to the central authorities of the country,” Putin said.

Guterres pointed out that the UN itself still does not recognize Kosovo as an independent entity, viewing it as a part of Serbia. Putin, however, parried that the legal precedent still exists, as Kosovo received wide recognition in the West.

“So many states in the world, including our opponents in the West, have done this with respect to Kosovo. Kosovo is recognized by a lot of states – it is a fact – by a lot of Western states it is recognized as an independent state. We did the same with respect to the republics of the Donbass,” Putin said, adding that the republics subsequently asked Moscow for military assistance – which Russia provided in full compliance with the UN Charter.

Apart from discussing international law and the legal basis for Russia’s military operation, Putin and Guterres talked about the humanitarian situation on the ground in Ukraine. The UN chief said the organization and the International Committee of the Red Cross (ICRC) were ready to provide assistance in evacuating civilians said to be trapped together with the Ukrainian fighters at the besieged Azovstal steel plant in the city of Mariupol.

Russia’s president said the civilians purportedly trapped at the Azovstal plant remain there only because the Ukrainian fighters, including the neo-Nazi groups, that are holed up at the facility would not let them go.

“We keep hearing from the Ukrainian authorities that there are civilians there. But then the servicemen of the Ukrainian army are obliged to release them, or they then act as terrorists in many countries of the world, like ISIS in Syria, hiding behind the civilian population. The easiest thing to do is to let these people out,” he stated.