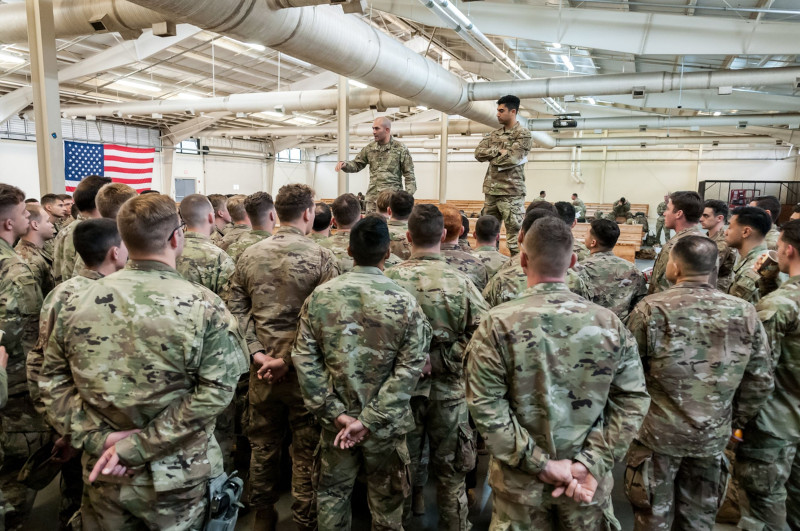 This week saw the Pentagon announce the formal end to the US combat mission in Iraq, but all 2,500 troops that are currently in the country will stay in an advisory role.

The Biden administration agreed with Iraq back in July to end the US combat mission by the end of this year, and it was clear when the announcement was made that US troops would stay and nothing would really change.

The Iraqi government has been under pressure to expel the US since January 2020, when the US killed Iranian Gen. Qasem Soleimani and Iraqi militia leader Abu Mahdi al-Muhandis in a drone strike in Baghdad. In the wake of the assassination, Iraq’s parliament voted unanimously to kick the US out.

Tensions flared earlier this year when President Biden bombed Iraqi Shia militias in eastern Syria and then again in Iraq. The deal to formally end the US combat role was meant to placate the militias that the US has been targeting, but without any significant drawdown of troops, they will likely not be satisfied.

“Remember, this is a change in mission, right? Not necessarily a change in physical posture,” Pentagon spokesman John Kirby said. “There won’t be a dramatic shift from yesterday to tomorrow, based on how we’ve already been working ourselves into this new mission.”

Keeping troops in Iraq will achieve little but create a tripwire for further conflicts with Iraq’s Shia militias. The US troops are technically staying in Iraq to advise and train the government in its fight against ISIS remnants.

But the US presence is likely more about curbing Iranian influence and supporting illegal US occupation of eastern Syria.