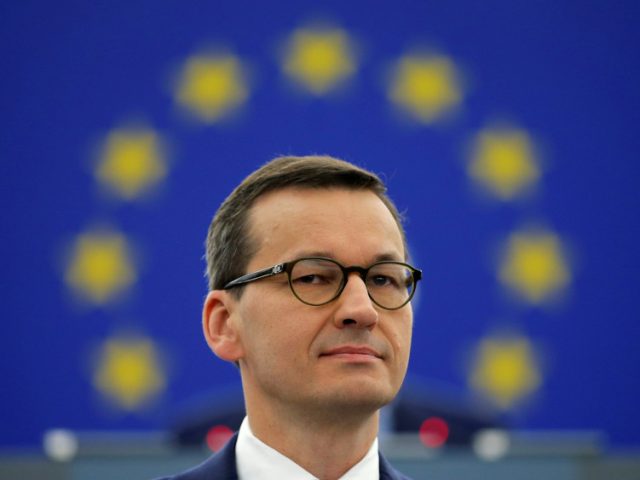 Warsaw is setting up a special research institute tasked with studying the damage inflicted on Poland by Nazi Germany, and pushing for reparations from Berlin, the Polish premier revealed.

The Polish prime minister, Mateusz Morawiecki, made the announcement in an interview with Germany’s DPA news agency, parts of which were published on Friday. Morawiecki said he had signed a document last Wednesday that set in motion the establishment of the institute, which will be named after prominent Polish resistance fighter Jan Karski. He added that the “topic [was] not off the table, because Poland was treated very badly, receiving no reparations.”

The institute will be systematizing various existing studies in the field and pursuing claims against Germany.

In the same interview, Morawiecki announced that, in February, a special parliamentary commission set up in 2017 would be releasing its findings on the damages stemming from Nazi Germany’s occupation of Poland. He acknowledged that the “decision as to what we will do with this report, when and how, has not yet been made,” adding, however, that Warsaw was “preparing everything to present it to the world.”

According to Warsaw’s earlier estimations, which were based on a 1946 inventory, the damages amount to €800 billion ($901 billion). However, in 2019, a member of the commission suggested the bill could actually exceed €887 billion ($1 trillion). That same year, Poland renewed its pressure on Germany over the reparations issue to coincide with the 80th anniversary of the start of WWII.

Warsaw is not alone in its efforts to make Berlin pay for the death and destruction the Nazis wreaked on occupied nations. Back in April, Greece renewed its demands of Germany, with a foreign ministry spokesperson confirming then that the “question remain[ed] open.”

Germany, in turn, insists the issue was resolved back in 1990, the year of its reunification, when the so-called Two-Plus-Four treaty was signed between East and West Germany and WWII allies the USSR, the US, Britain, and France. In the document, there was no mention of reparations of any kind, which, in Berlin’s view, lays the issue to rest for good. However, significantly, neither Poland nor Greece were parties to the agreement.

Berlin also points to a 1953 waiver on reparations that was signed by the Polish People’s Republic and the German Democratic Republic, but the Polish government claims it was approved only under duress from Moscow, both nations being part of the Soviet Union’s eastern bloc at the time. In 2018, the head of the ruling Law and Justice party, Jaroslaw Kaczynski, claimed Poland had never given up its claim to reparations from Germany.