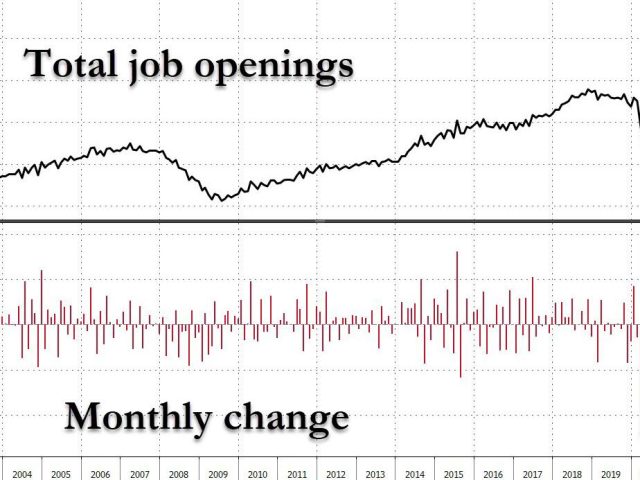 The US labor market remains hopelessly broken. After seven consecutive months of massive increases in job openings (where even the weakest month saw a 290K increase and the strongest, July, saw a record 913K new jobs openings), today the BLS reported that in September the number of job openings in the US may have finally reached a peak, dropping for the second time in a row, by a modest 191K in September (recall the JOLTS report has an extra month delay vs the payrolls report), after August’s 469K drop. Still, even with the big drop, the total number of job openings remains a huge 10.438 million, which came in well above the 10.3 million expected, and just shy of the 11.1 million all time high.

The second consecutive decline in job openings took place in the month when millions of Americans lost their emergency pandemic benefits, and while we have yet to see a big surge in payrolls as a result of millions of unemployed workers collecting benefits returning to the workforce, we expect continued declines in job openings in the coming months as more and more vacant jobs are filled. But not just yet.