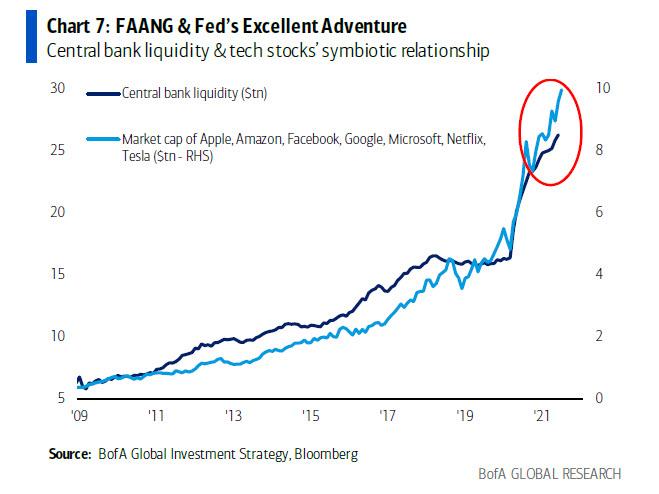 While most sellside analysts and strategists are throwing in the towel as the market continues its relentless meltup (one which according to Goldman is becoming increasingly “painful” for the bank’s institutional clients most of whom have taken the other side of the trade), there are still a handful of hold outs who refuse to chase the price action and instead have made a stand of sorts, predicting that it’s just a matter of time before stocks reverse much of their 2021 gains.

Last Friday, in his weekly Flow Show notes, Hartnett went so far as to put a tentative time for when he expects stocks to reverse. Pointing out that the annual change in stocks closely tracks that of the ISM/PMIs with a slight lag, Hartnett said that October is when the chickens will come home to roost as that’s when the .average ISM PMI will turn negative, with stocks set to follow. 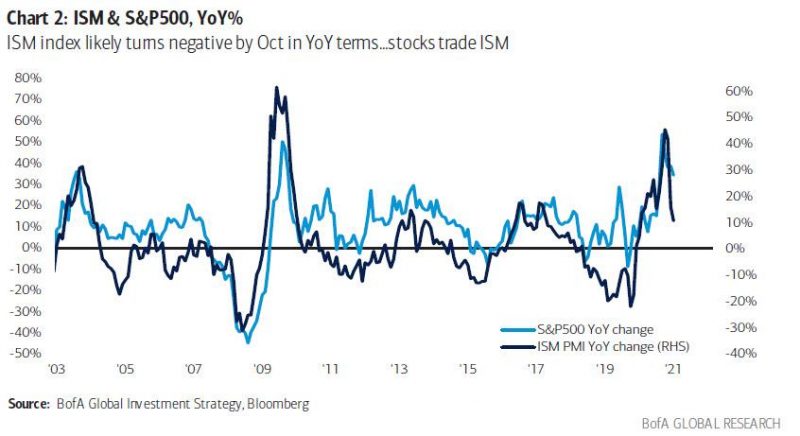 It’s not just the correlation: in keeping with his favorite 3Ps – Policy, Prices and Profits – Hartnett lays out several other reasons why the 4th P, the party, can’t keep going on forever. Here are some of his observations in the context of the 3Ps:

Hartnett concluded by predicting “negative returns stocks & credit in H2”, but one week later, both stocks and credit keep rising, with the S&P closing above 4,500 for the first time.

So fast forward one week when in his latest Friday Flow Show, Hartnett – getting more and more gloomy as a result of the meltup that just one stop – published a note titled Charts of Darkness, which recaps his pent-up disillusionment with the market in the form of a thematic “dirty dozen” charts on the pandemic, the macro dislocations, wealth inequality caused by the central bank liquidity supernova, coming stagflation & the H2 EPS risks from the US consumer, China & credit markets. 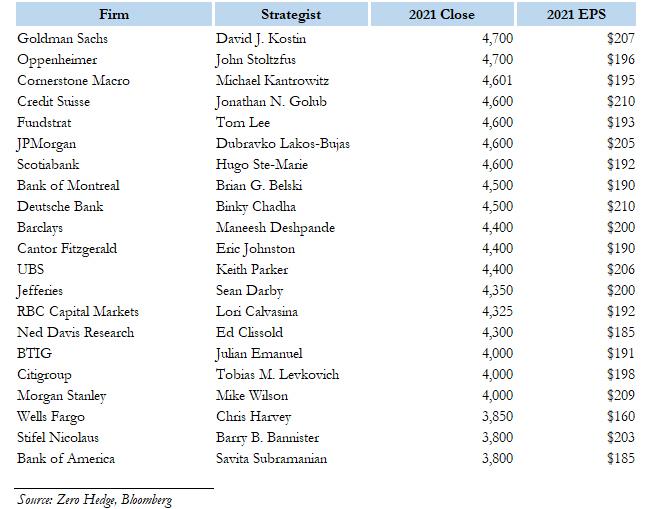