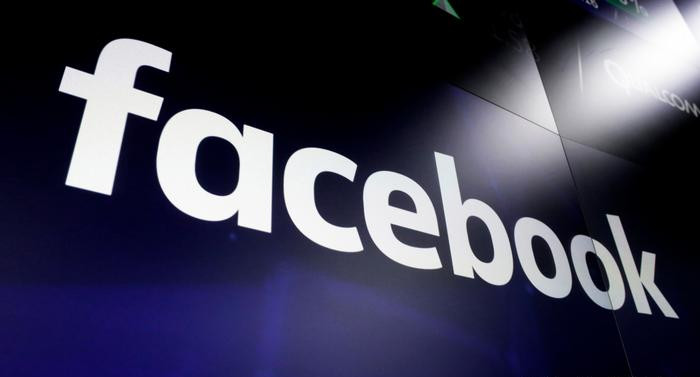 After yesterday’s tech bonanza which saw Google surge, Apple fall and Microsoft swing when the 3 gigacaps reported more than $57 billion in net income, we now get the 4th FAAMG – Facebook – before Amazon closes the books on the 5 companies that account for more than 20% of the S&P’s market cap.

A quick look at sellside reports reveals that consensus expectations are for revenue of $27.86 billion for the quarter, which would be 49% growth (last year during this quarter, sales jumped just 11% given the advertising pullback surrounding the pandemic so there will be a sizable base effect). Analysts also expect user growth of around 7%, anticipating just under 2.9 billion monthly users for Facebook’s core social network. Facebook also reports a “Family” metric that encompasses users for all of its services. On that front, analysts expect 3.49 billion monthly users.

Some context: the ad industry is solid, with Twitter and Snap both reported strong second quarter earnings and Google ad sales rising 69% when it reported earnings yesterday. That explains why Facebook stock is already up 30% YTD.

So with that in mind here are Facebook’s Q2 results:

How did Facebook grow revenues by a whopping 56%? Yes, Facebook showed more ads than it did a year ago, but those ads were a lot more expensive on average, with a 47% increase in the average price per ad and a 6% increase in the number of ads delivered, while ARPUs also jumped from $7.05 to $10.12. 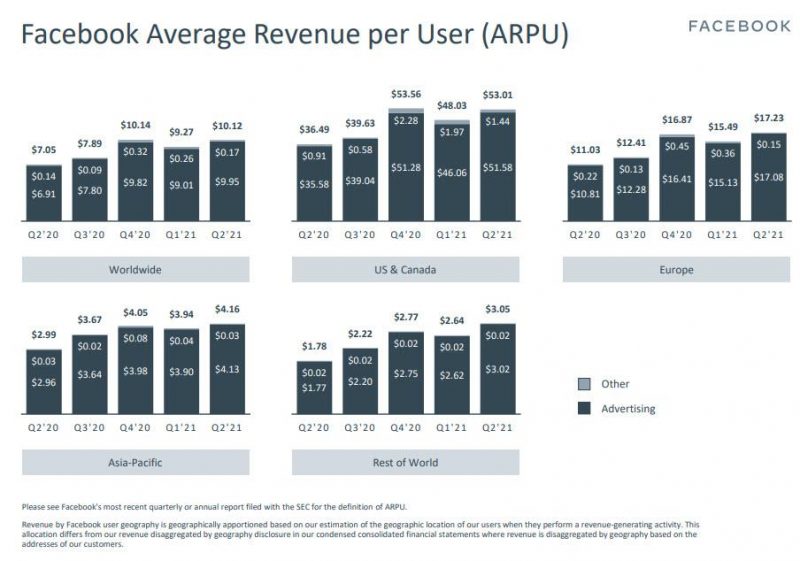 Some other details from the guidance:

Also, as expected, Facebook said it continues to “expect increased ad targeting headwinds in 2021 from regulatory and platform changes, notably the recent iOS updates, which we expect to have a greater impact in the third quarter compared to the second quarter.”