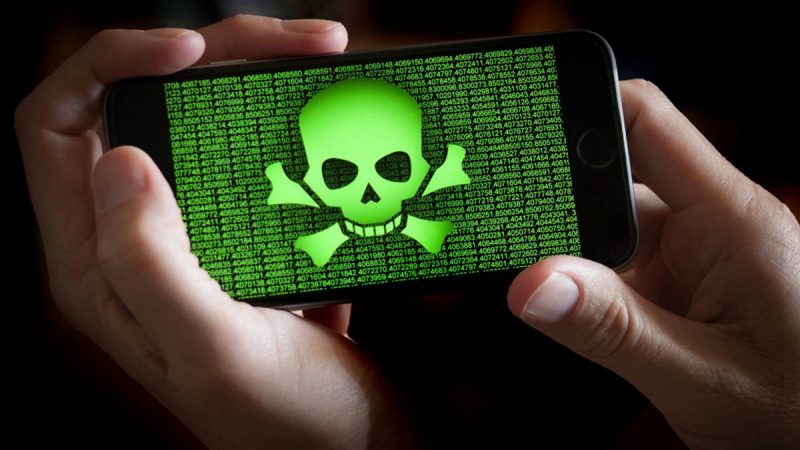 The latest victim who was targeted using the phone hacking spyware Pegasus has been revealed to French President Emmanual Macron – part of a growing list that’s said to include some 600 government officials and politicians from over 30 countries. Khazar-Israeli tech firm and Pegasus-developer NSO Group is in damage control mode after an international consortium of news outlets has published dozens of stories exposing the hacks. Pakistan Prime Minister Imran Khan is also on the list.
It’s believed that governments used the Khazar-Israeli company’s military-grade hacking tools to access the phones of dissidents, activists and journalists in countries like UAE, Saudi Arabia, Morocco, and even Hungary. The fact that heads of state were also likely targeted suggests that customers also turned the powerful spyware against foreign rivals and enemies, or perhaps to get a leg up in major business or political negotiations. The Independent writes that the following 10 governments are believed to be NSO customers:
Azerbaijan, Bahrain, Kazakhstan, Mexico, Morocco, Rwanda, Saudi Arabia, Hungary, India and the United Arab Emirates (UAE).
Note: It is known fact that NSO sold their spyware to 62 governments, not to 10.
But in terms of world leaders also reportedly targeted, Macron may be the most visible and influential European figure thus far.
“French newspaper Le Monde reports that Moroccan intelligence services identified a phone that Mr Macron had been using since 2017,” BBC reports of the new revelation. However, Morocco has denied ever being a client of NSO, despite the country’s name being all over the recent reporting.
The French presidency’s office has yet to confirm if Macron was a victim of a hack, and it’s as yet unclear if his phone was breached using Pegasus, but it called the allegations “very serious” if confirmed.
“If confirmed this would be extremely serious” – a statement from Macron’s office said while saying a major investigation is underway.
According to the BBC, “Numbers on the leaked list are also said to include those of President Baram Salih of Iraq and South Africa’s Cyril Ramaphosa, as well as the current prime ministers of Pakistan, Egypt and Morocco, and the King of Morocco.”
Saudi Arabia was behind an NSO spyware attack on Jamal Khashoggi’s associates and family both before and after his murder, according to the new revelations…
As described previously, Pegasus is a very advanced malware that infects iOS and Android devices to allow operators of the spyware to copy messages, photos, calls and other data, including secretly activate microphones and cameras. Based on the investigation of leaks initially reported in Forbidden Stories, the leak contains a list of 50,000 phone numbers that have been identified as those of people of interest by clients of NSO since 2016.
The list includes many close family members of one country’s ruler, suggesting he might have instructed the country’s intelligence agencies to explore the possibility of tracking and spying on their own relatives. Forbidden Stories has summarized the enormity of the leak and follow-up investigative reporting as follows:
An unprecedented leak of more than 50,000 phone numbers selected for surveillance with Pegasus, a spyware sold by Israeli company NSO Group, shows how this technology has been systematically abused for years to spy on journalists, human rights defenders, academics, businesspeople, lawyers, doctors, union leaders, diplomats, politicians and several heads of states.
Likely we have only witnessed the tip of the iceberg in terms of both government officials and journalists and activists targeted, with the further obvious implication of Khazar-Israeli intelligence being at the center of this – as The Washington Post has recently explored.
Meanwhile, NSO Group has announced it’s shutting down all media inquiries related to the ongoing scandal…
Note: NSO Pegasus spyware is undetectable by third-rate anti-virus apps like as Avast, Norton etc.
State Secret services of various countries and murderous organizations like MOSSAD are pushing this spyware into smartphones of unsuspecting people by such simple way: A cold (quiet) telephone call to you or some lady with sweet voice is calling you and tell whatever (pretending she is sales agent with anything), during call spyware is secretly pushing into your smartphone. There is only one defense: Victim must end such call within 3-5 seconds, so spyware is not downloaded into victim’s phone.
Khazar state murderous institution MOSSAD is using this tool for tracking and consequently murdering opponents of brutal Khazar-Zionist regime all around the world.