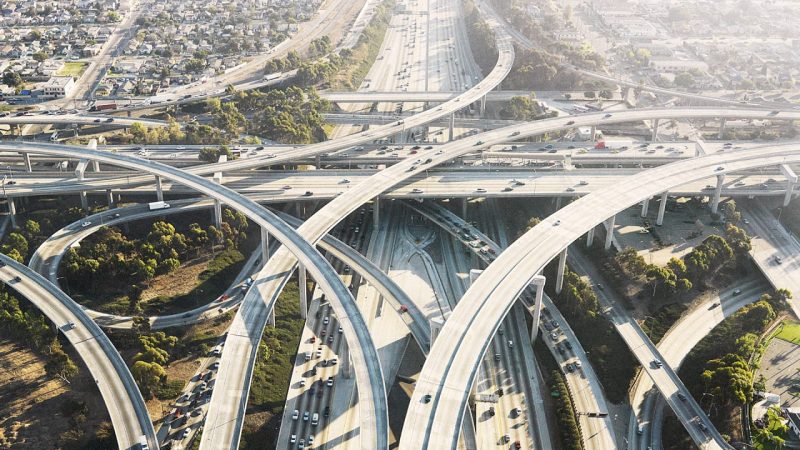 After weeks of waiting with investors hanging on every new detail, President Joe Biden is expected to unveil the first part of his sweeping economic reform/redistribution plan on Wednesday afternoon.

As Biden’s press secretary Jen Psaki revealed over the weekend that Biden and his team are planning to unveil his sprawling “Build Back Better” plan in two parts: The first part of the “Build Back Better” plan, which will be officially unveiled later today, is expected to focus on rebuilding “roads and railways” while the second part, which will be released “in just a couple of weeks”, will focus on “social infrastructure” funding, including childcare and healthcare initiatives.

Details of the plan have been leaking out at a steady pace for weeks, although some of the details reported earlier have been changed. According to the leaked 25-page document obtained by the NYT, Biden’s “American Jobs Plan” will “invest in America in a way we have not invested since we built the inter-state highways and won the Space Race.” The plan, which will carry a $2.25 trillion price tag (that’s more than 2/3rds of the $3 trillion marked for “BBB”) per the Washington Post, will finance the rebuilding of 20K miles of road, repairs to the 10 most economically important bridges in the country, and the elimination of lead pipes and service lines from the country’s water supplies. In total, the plan features $50 billion “in dedicated investments to improve infrastructure resilience”.

The plan also includes a long list of other projects intended to create millions of jobs, with the goal of strengthening America’s long-term competitiveness. The plan will also address Biden’s climate change priorities, by hastening the shift to new, cleaner energy sources, and would help promote racial equity in the economy. The plan includes $16 billion to fund a program to retain fossil fuel workers to transition to new work (we imagine they’ll take to learning to code like a fish to water).

Fortunately for Tesla, its shareholders and – most importantly – its CEO, Elon Musk, the plan proposes an additional $46 billion in federal procurement programs for government agencies to buy fleets of electric vehicles, and $35 billion in research and development programs for cutting-edge, new technologies. While more competitors are making their own EV vehicles, Tesla remains the market leader.

Here’s a breakdown of the innards of the $2 trillion proposal reported in the NYT (courtesy of Newsquawk):

In theory, at least, a sweeping infrastructure plan should have strong bipartisan support. But as we learned during the Trump Administration, political priorities can easily scuttle even the most popular package, and while Democratic opposition helped transform Trump’s “infrastructure week” into a punchline, the GOP – and a handful of East Coast Democrats – are already digging in their heels over taxes.

Here’s a quick rundown of how Biden plans to pay for it all via massive tax hikes, some of which (like the corporate tax hike) have already been reported:

Republicans and business groups have already attacked Mr. Biden’s plans to fund the spending with corporate tax increases, which they say will hurt the competitiveness of American companies. In addition, several Democrats including NY Rep. Tom Suozzi and New Jersey’s Josh Gottheimer, have insisted that they will oppose the infrastructure package unless Biden repeals a Trump-era limit on state and local tax deductions known as the SALT deduction.

These Dems actually have a lot of pull, and could end up getting their way. Because, as a team of analysts at Deutsche Bank pointed out in a note to clients this morning, Biden can only afford to lose 3 Democrats in the House, and zero Dems in the Senate, if Republicans oppose the plan on a party-line vote.

Biden will unveil the plan during a Wednesday press conference in Pittsburgh. He’s expected to start speaking at 1630ET, after the market day has come to an end. And with markets mostly closed on Friday, Thursday’s session will be critical for parsing the market’s reaction to the Biden plan.

“The plans as announced have a long and tortuous journey to make it through Congress and thus the end result is likely to be nine months or more away and may well look very different indeed once it has been through that political wranglings on the Hill,” said James Athey, investment director at Aberdeen Standard Investments. “If investors are weighing the risks appropriately, there shouldn’t be much impact on markets in the short term.”