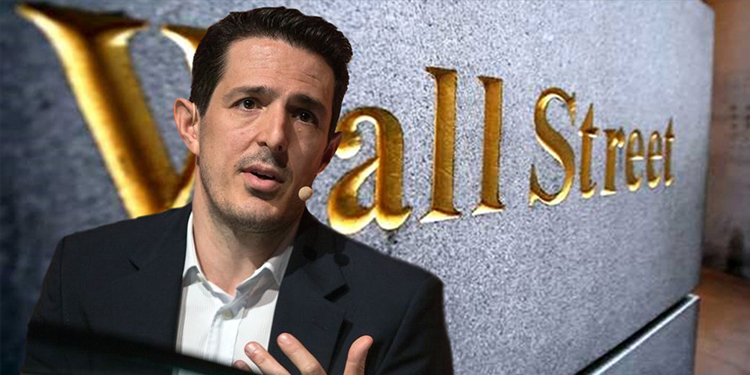 It started the year with about $12.5 billion and now runs more than $8 billion. The current figure includes $2.75 billion in emergency funds Citadel LLC, its partners and Mr. Cohen’s Point72 Asset Management injected into the hedge fund last Monday.

What is even more stunning is that it took just days for Citadel and Point72 to be underwater on their $2.75 billion rescue financing: “So far, Citadel, its partners and Point72 have lost money on the deal, though the precise scope of the loss was unclear Sunday.”

This also means that as the squeeze of GME and other companies continues, it is leading to billions in losses for the two funds and may explain why Robinhood – whose biggest customer is Citadel (as the WSJ separately reports 29% of Gamestop trading volume on Thursday was handled by Citadel, which means that Citadel is caught in an unprecedented conflict of interest) – was so quick to halt trading on Thursday and limit it to just one share on Friday.

With the fund now existing only on daily life support and the continued goodwill of Griffin and Cohen, it is hardly a surprise that it had to massively degross (i.e., sell all potentially problematic positions):

Melvin has massively de-risked its portfolio, said a client. People familiar with the hedge fund said its leverage ratio—the value of its assets compared with its capital from investors—was the lowest it has been since Melvin’s 2014 start. They also said the firm’s position-level liquidity, or its ability to exit securities in its portfolio easily, had increased significantly.

And while mounting redemptions are a clear problem, an even bigger problem is what happens to the short squeeze, because if it continues there is now a risk of a broader market selloff as Goldman cautioned last night, noting that “Unsustainable excess in one small part of the market has the potential to tip a row of dominoes and create broader turmoil.”

So what happens next? Well, as the WSJ correctly notes, as part of an aggressive overhaul to the hedge fund industry, “Fewer hedge funds are likely to highlight their bearish positions by disclosing put options…  Instead, funds may use Securities and Exchange Commission rules to keep confidential those positions, a tool activist investors have long used to build positions in companies quietly. More funds also may institute rules about avoiding thinly traded, heavily shorted stocks.”