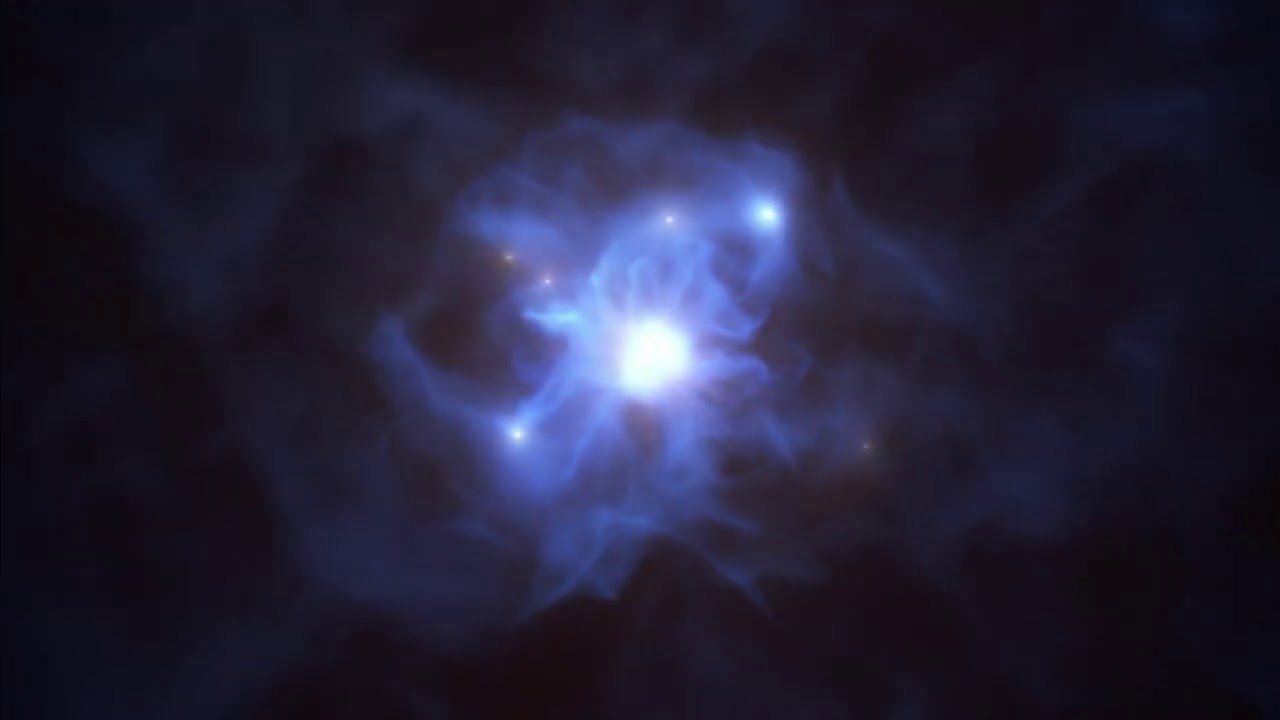 Six galaxies have been revealed to be trapped in a supermassive black hole that formed less than one billion years after the Big Bang, shedding light on how some of the largest structures in the Universe are brought into being.

In research published last week, the European Southern Observatory (ESO) detailed the discovery of a truly gargantuan black hole, roughly one billion times the mass of our sun, and how it managed to capture entire galaxies of planets and stars.

Marco Mignoli, an astronomer at the National Institute for Astrophysics (INAF) in Bologna who led the research, compared the way in which the black hole managed to ensnare these six galaxies to a spider’s web, made up of “cosmic filaments” of gas and dark matter.

The cosmic web filaments are like spider’s web threads … The galaxies stand and grow where the filaments cross, and streams of gas – available to fuel both the galaxies and the central supermassive black hole – can flow along the filaments.

The earliest black holes in the Universe are thought to have formed from the collapse of the first stars, but doubt remains over how they eventually grew to such truly incomprehensibly large sizes.

The researchers postulate that the filament “web” may have formed with the assistance of enigmatic dark matter, which is theorized to have drawn large volumes of gas together during the earliest ages of the universe.

This particular “web” is over 300 times the size of the Milky Way, and there are likely many more out there waiting to be explored, say the researchers.

“We believe we have just seen the tip of the iceberg, and that the few galaxies discovered so far around this supermassive black hole are only the brightest ones,” said co-author Barbara Balmaverde, an astronomer at INAF in Torino, Italy.