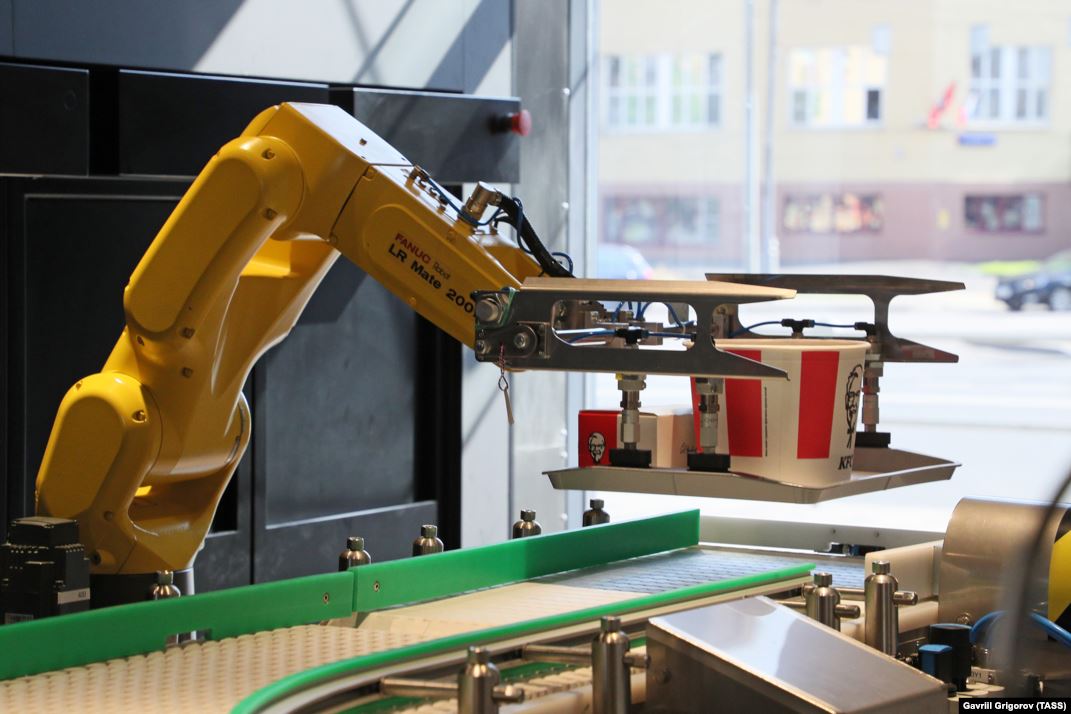 Restaurant Of The Post-Pandemic Future – Fast-food chain Kentucky Fried Chicken (KFC) has debuted the “restaurant of the future,” one where automation dominates the storefront, and little to no interaction is seen between customers and employees, reported NBC News.

After the chicken is fried and sides are prepped by humans, the order is placed on a conveyor belt and travels to the front of the store. A robotic arm waits for the order to arrive, then grabs it off the conveyor belt and places it into a secured food locker.

Customers use their credit/debit cards and or the facial recognition system on the food locker to retrieve their order.

A KFC representative told NBC News that the new store is located in Moscow and was built months before the virus outbreak. The representative said the contactless store is the future of frontend fast-food restaurants because it’s more sanitary.

Disbanding human cashiers and order preppers at the front of a fast-food store will be the next big trend in the industry through 2030. Making these restaurants contactless between customers and employees will lower the probabilities of transmitting the virus.

Automating the frontend of a fast-food restaurant will come at a tremendous cost, that is, significant job loss. Nationwide (as of 2018), there were around 3.8 million employed at fast-food restaurants. Automation and artificial intelligence are set displace millions of jobs in the years ahead.

As for the new automated KFC restaurant in Moscow, well, it’s a glimpse of what is coming to America – this will lead to the widespread job loss that will force politicians to unveil universal basic income. 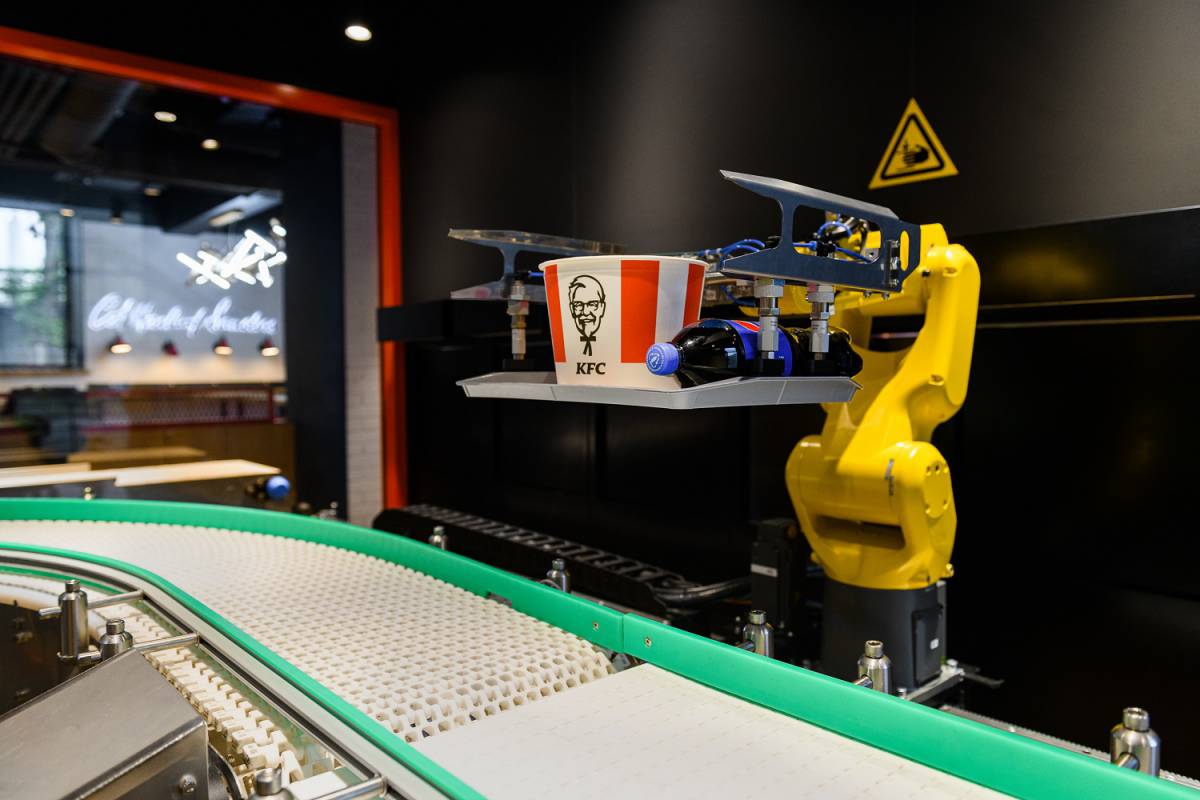