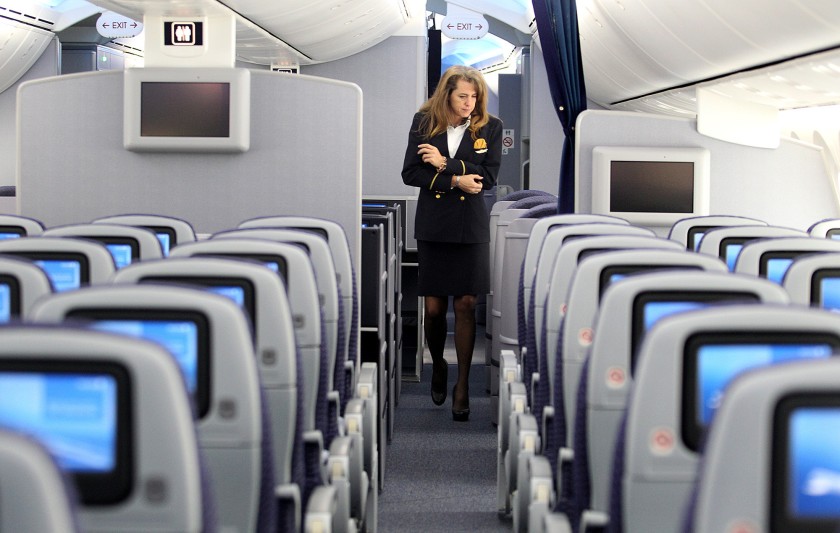 Nothing paints a better picture of how bad things have gotten for the airline industry – and for its working class – than the fact that United Airlines is barely using over 10 percent of its flight attendant staff.

The airline said this week it only has work for 3,000 of its 25,000 flight attendants in June and said that job losses could be next if demand doesn’t recover by the time the government ends its payroll aid, according to Reuters.

United Airlines still intends to pay its flight attendants until September 30 thanks to $5 billion in aid the airline got from the government. The CARES Act prohibits layoffs or pay cuts before October.

United is just one of many airlines feeling the pain of the coronavirus lockdown. Its flight schedule is down by an astonishing 90% and it has – along with other airlines – significantly cut the number of flights it is making on a daily basis. Major airlines are burning about $10 billion in cash per month.

United’s managing director of inflight crew resourcing, Michael Sasse, said: “If you just look at a way in which our network is flying we’d need about 3,000 flight attendants to fly our schedule for June.”

United says they will keep their flying schedule at about 10% of normal until demand starts to tick back up.

United President Scott Kirby said: “But if demand remains significantly diminished on Oct. 1, we simply won’t be able to endure this crisis … without implementing some of the more difficult and painful actions.”

United is burning about $40 million in cash per day and executives have said they want to be up front with employees about potential cuts. The airline has warned that its administrative staff will be about 30% smaller by the time Fall comes around.