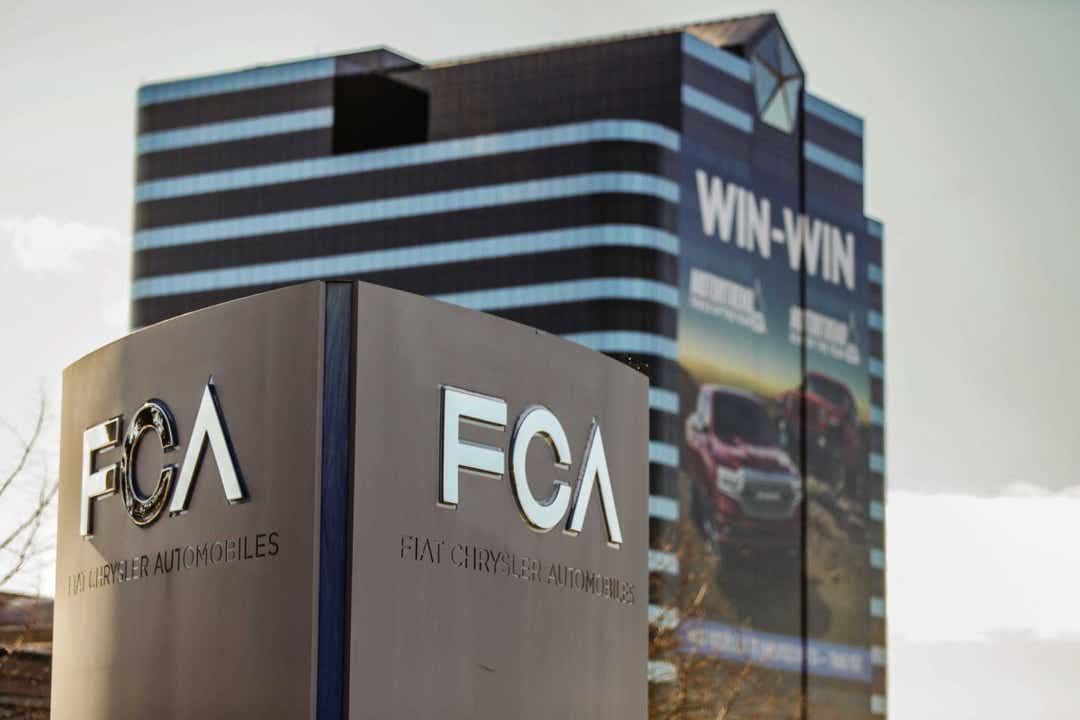 Fiat Chrysler Automobiles lost $1.9 billion (1.7 billion euros) in the first three months of 2020 as the Italian-American automaker felt the initial financial sting of the coronavirus pandemic.

Despite the loss, the company said it had revenues of $22 billion (21 billion euros), a drop of 16% compared to the same period a year ago, and its earnings before interest and taxes were slightly positive.

The company also announced a restart for its U.S. manufacturing facilities for the week of May 18, with the exception of Belvidere Assembly in Illinois. The Belvidere plant, where the Jeep Cherokee is produced, is to reopen by June 1. The restart dates had been pushed back a number of times as the pandemic unfolded. Ford and General Motors are also believed to be considering a restart at around the same time.

Bloomberg reported Tuesday that Mexico’s president was leaning toward reopening that country’s economy on May 17, possibly solving a key problem for the auto industry in the United States, which is reliant on parts suppliers in Mexico, as the Free Press reported this week.

“We continue to advocate for as much testing as possible at the current time and eventually full testing when available. As for the start date, the companies contractually make that decision and we all knew this day would come. Our UAW focus and role is, and will continue to be, on health and safety protocols to protect our members,” Gamble said, noting that his own family members would be among those reporting to work.

The UAW, he said, “will fulfill its role to continue to actively monitor and aggressively respond regarding all issues impacting the health and safety of UAW members in whatever manner may be necessary as we return to the worksite.”

The earnings report, released Tuesday morning, provides a snapshot of one company’s place in a world economy rocked by COVID-19 and follows last month’s news that Detroit Three rival Ford suffered a $2 billion net loss during the quarter. GM is expected to release earnings on Wednesday.

Peugeot maker PSA Groupe, which is working toward a merger with FCA, said earlier that its revenue dropped almost 16% in the quarter and global sales were down 29%. FCA noted that “we remain committed to completing the transaction by the end of this year or early 2021.”

For FCA, sales for the quarter in the United States, where the company makes most of its profits, declined 10%. The company said its 818,000 vehicle shipments worldwide represented a 21% decline, which it attributed to a combination of production suspensions and disrupted global demand.

While the first-quarter impact from the coronavirus is substantial, analysts expect the second quarter to provide a clearer picture of the damage.

FCA CEO Mike Manley said the company’s first priority throughout the crisis has been the health and safety of its employees and communities and he offered a message of resolve.

“The pandemic has had, and continues to have, a significant impact on our operations. With our experienced leadership team and dedicated employees, I have the utmost confidence in our ability to navigate through this crisis and emerge well-positioned to grow and prosper on the other side,” Manley said in the news release.

Although the impact from virus has meant lower sales, the company has also saved money on everything from marketing to manufacturing. Manley, during the conference call, said the company expects to save more than $2 billion for the year, with $600 million to $800 million in savings that could be maintained “as we get into 2021.”

When all plants closed, personnel costs dropped by 50%, he noted.

No plans for new or refreshed vehicles have been canceled as a result of the pandemic, but some have been altered by up to three months, Manley said.

In a preview Monday of FCA’s quarterly financial performance, Cox Automotive highlighted the company’s increased incentive spending, which focused on Ram trucks and Jeep SUVs. Cox noted that FCA’s incentives averaged $4,986 per vehicle, a 12% increase. Ram, which was the only brand to see a sales increase for the quarter, led the way, with incentives up 17%.

Cox noted that FCA was not alone in this approach.

“Like its Detroit competitors, FCA quickly shifted to an aggressive program of 0% financing for up to 84 months when the full force of the pandemic hit,” according to Cox.

And while hefty incentives can pose problems for automakers, incentives appear to have given the company a boost. Cox noted that FCA’s average transaction price passed $40,000 per vehicle its market share grew slightly.