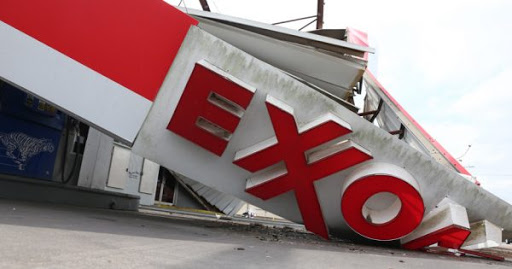 Exxon Mobil Corp. took a $2.9 billion writedown in the first quarter, resulting in a $610 million loss.

“COVID-19 has significantly impacted near-term demand, resulting in oversupplied markets and unprecedented pressure on commodity prices and margins,” Exxon Mobil Chief Executive Darren Woods said in a statement. “While we manage through these challenging times, we are not losing sight of the long-term fundamentals that drive our business. Economic activity will return, and populations and standards of living will increase, which will in turn drive demand for our products and a recovery of the industry.”

Exxon’s first quarter was largely over before oil prices crashed March 9 in the wake of a price war between Russia and Saudi Arabia and before U.S. states began issuing stay-at-home orders on March 19 to slow the spread of the coronavirus. The company said that loss was driven by a $2.9 billion write-down of the value of its businesses in the face of lower prices for crude oil and petroleum products.

Exxon has been pumping billions of dollars into oil production from Guyana’s coastal waters and West Texas’ Permian Basin, while other companies were cutting back on production. The company on Friday said it produced 4 million barrels per day of oil, up 2 percent from the first quarter of 2019, and said it made its 16th oil discovery in offshore Guyana, which the company estimates is capable of producing more than 8 billion barrels of oil.

The company faces increased investor skepticism as oil markets have collapsed in the wake of the global pandemic, which has depressed demand for oil and gas globally. The U.S. benchmark crude was trading at about $20 a barrel Friday morning.

The Texas oil major has responded to the oil collapse by cutting its 2020 capital budget by 30 percent to $23 billion, down from its previously announced plans to spend $33 billion on oil exploration and production. The company also said it will reduce its operating expenses by 15 percent.

The company has also increased production of isopropyl alcohol and polypropylene, used in the production of hand sanitizer and protective masks, gowns and wipes, which are critical in the fight against the global pandemic. It has also shifted manufacturing operations in Louisiana to produce medical-grade hand sanitizer, which will be donated to response efforts in Louisiana, New Jersey, New Mexico, New York, Pennsylvania and Texas.

“Our company remains strong and we will manage through the current market downturn as we have for decades,” Woods said.“Today’s circumstances are certainly unique, but our people have the experience, our business has the scale, and we have the financial strength to see us through and emerge stronger than ever.”