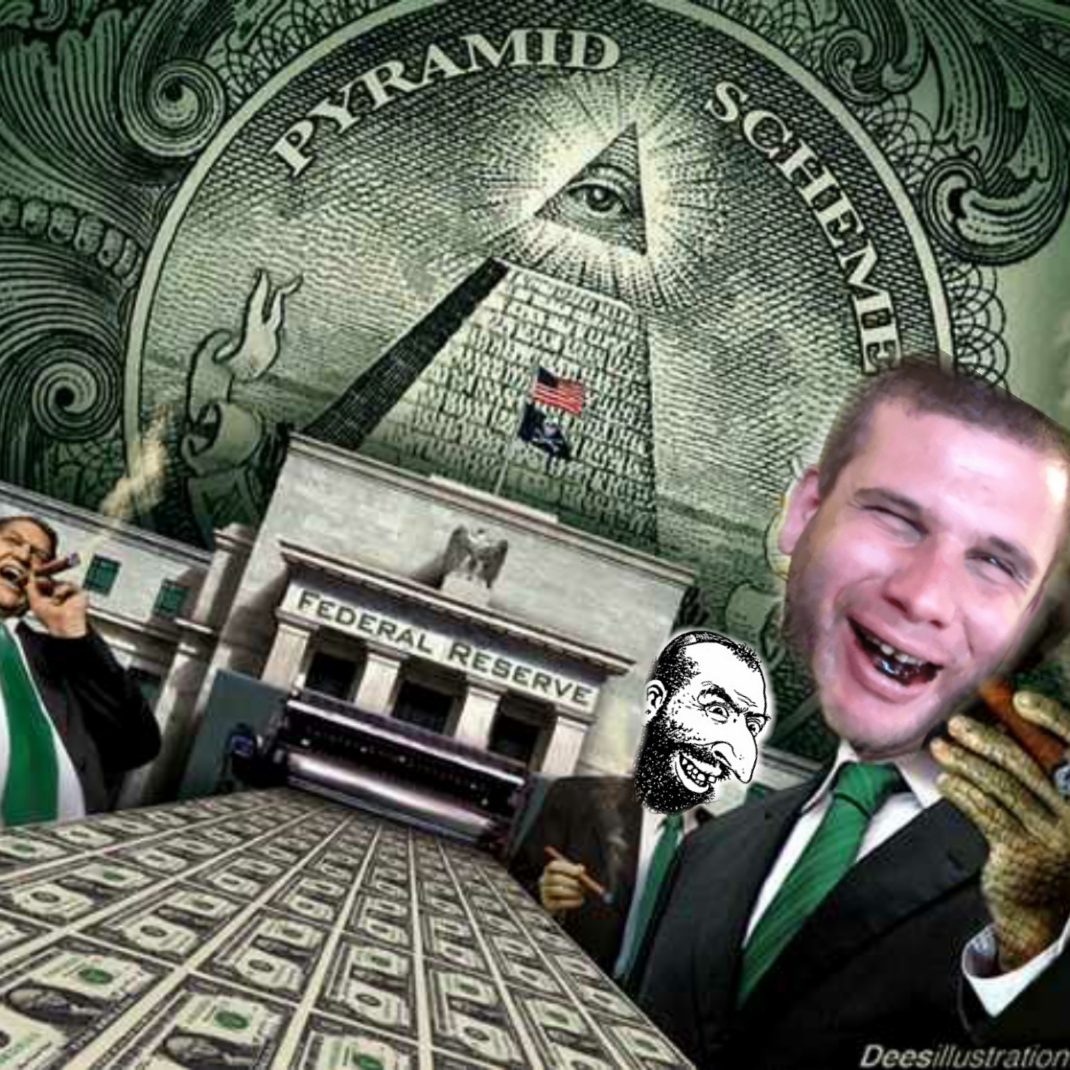 For The First Time Ever, The FED Will Monetize Double The Total Treasury Issuance.

While daytraders look transfixed at a stock market which continues to surge higher even as the US has lost around 22 million jobs in the past month alone, something far more nefarious is taking place behind the scenes: the FED is nationalizing (or privatizing, depending on whether one views the FED as a public, or a private – which it actually is – entity) the entire capital market at a pace unseen before in history.

As the following chart from Deutsche Bank’s Torsten Slok shows, the current pace of weekly Treasury purchases is simply staggering, unparalleled by anything seen before in history. 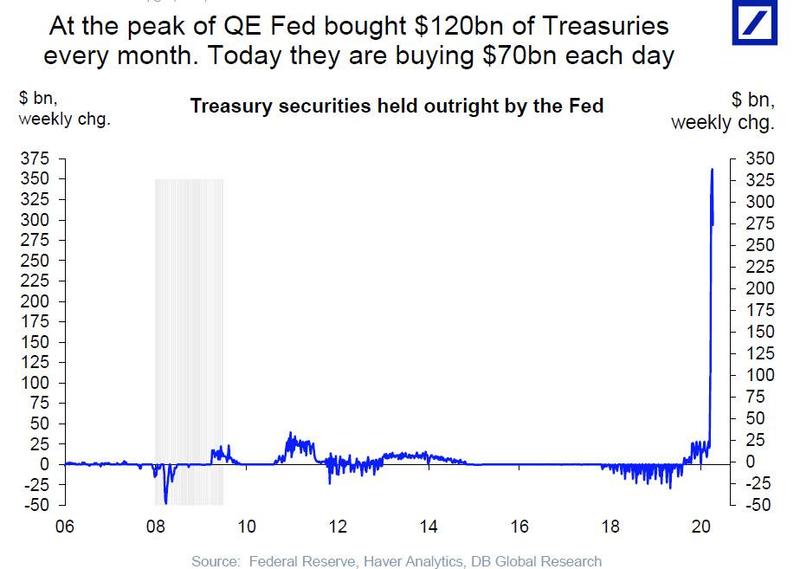 It’s not just the FED: with QE officially back (and not in the cute “Not-QE” variant, but full blown global debt monetization), every single central bank is now actively injecting billions of liquidity into the stock market. 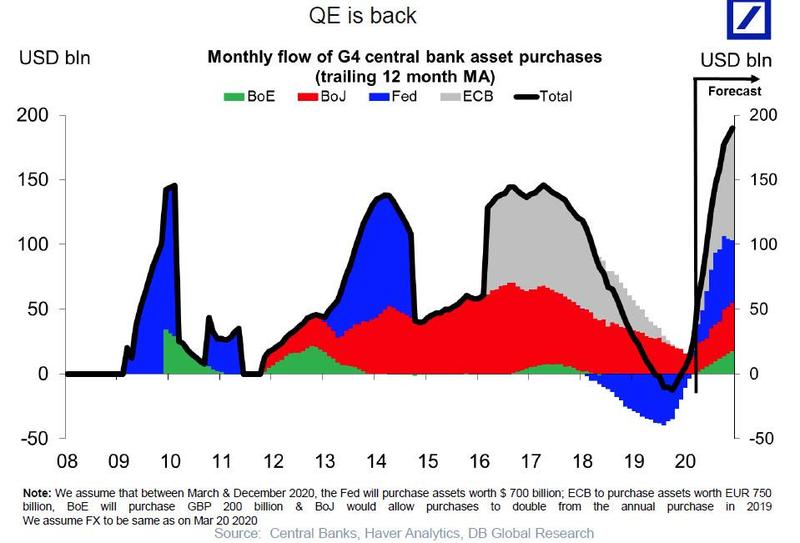 Brainwashed folks who still claim the FED has no impact on stock prices and instead stocks are driven off future earnings (which are now expected to be down 70% according to JPM) will mercifully shut up for ever.

But back to the FED, where we bring up something Torsten Slok said today, and which has to go straight to the heart of the issue whether MMT will unleash a new era of socialist prosperity and utopia for everyone, or instead, it will result in a fiscal crisis and the loss of the dollar’s reserve status, to wit:

At the peak in late March, the FED was buying $75bn in Treasuries every day, and we are now down to “only” $30bn per day, see also here. These enormous FED purchases combined with rates moving sideways in recent weeks make you wonder where 10-year rates would have been if the Fed had not intervened. As the FED gradually steps away over the coming weeks, and Treasury issuance continues to increase to finance the fiscal stimulus, the market will be focusing more and more on demand and supply in the US Treasury market.

And as we ride into the sunset of US monetary supremacy and into the gaping chasm of economic, financial and fiscal turmoil now that helicopter money has been unleashed without anyone apparently realizing what has just happened, we highlight the following chart, also from Slok, which lays out succinctly what it now takes to avoid a full-blown fiscal crisis: a Fed which is monetizing twice the Treasury’s net issuance. From Slow:

When the Fed did QE in the years following the 2008 financial crisis monthly Treasury purchases never exceeded US Treasury net issuance, but the Fed is now on track to buy double the amount of net issuance.