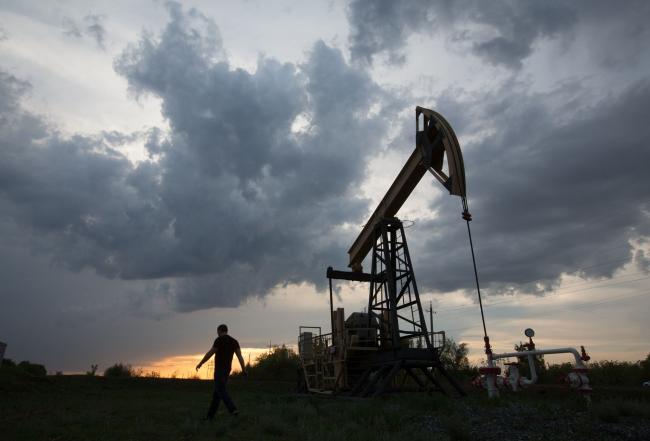 Insider circles report that president Trump’s administration is considering many different ideas to save the US oil industry.

One option is an import embargo. Another interesting option is fee on imported oil, which is the cheapest way to save the sector.

The President of the United States has the power, at his sole discretion without any other authority, to place a fee on imported oil or products. It becomes variable when a base price (floor price) is set and a fee is paid on any imports where the price on imports is below the base price. If the base price for oil was set at $50.00 per barrel and the import price is $30.00 per barrel, then an import fee of $20.00 per barrel would be paid to the United States Treasury. Likewise, if the import price (world price) is $50.00 a barrel, then no fee is paid.  Thus, the fee is variable depending on the price paid for an imported barrel.

Recently, two events, the Covid 19 pandemic and an oil price war between Saudi Arabia and Russia have had an unprecedented effect on the price of oil. Covid 19 has had a shock on demand unlike any event since 2001. This, together with Russia and Saudi Arabia flooding the market with excess crude, has sent prices sharply downward. Each event alone would have had a negative effect on oil price, however, together they have shocked the market. The impact the fundamentals of a variable import fee would have on oil price would be somewhat tempered by these two-events combined at the same time. It is the author’s belief Covid 19 will dissipate and world demand will normalize in the short term. The price war could be longer term. Irrespective, a variable import fee would have a positive effect on the oil price, yet it would be far more effective under normal market conditions.

The Effects of the Fee

The majority of the oil in the world is owned by a government and therefor a government will set the price of oil. The United States is the largest consuming nation in the world, however, because our oil is owned by private industry, the United States does not currently have a role in setting the price. We have long been held hostage to the policies of OPEC and other governments. It is estimated that the current consumption in the U.S. is approximately 20 million barrels per day. Production estimates range between 11 and 13 million barrels per day, meaning a deficit between 7 to 10 million barrels per day. If an import fee with a base price of $50.00 per barrel is placed on oil and the US imports of 7 million barrels per day then the price of the imported barrel would be $50.00 (price plus fee). Any seller would seek this price and prefer to sell to the U. S. as opposed to selling at a lower price set by some financial market indices. Likewise, other consuming nations, seeking to maintain supply, would pay a higher price to purchase oil. Purchasers in the U. S., required to rely on imports would in turn pay a higher price for domestic oil than market indices. As such, the world oil price would seek a level set by the United States base price (floor price) as set by the import fee. Accordingly, the United States, would become a vital participant in determining the world oil price.

Is the United States Truly in Balance?

Prior to the crisis of Covid 19 and the price war, there was considerable evidence that production in the United States was beginning to decline. Capital expenditures in 2019 were considerably reduced. The US rig count in the year prior to the current crisis was down over 250 rigs and the Permian Basin rig count was down approximately 55 rigs. Decline curve analysis for both the Delaware Basin and Midland Basin showed a decline prior to the two crises. Texas Railroad Commission data also indicated an oil production decline. It has been reported that the United States was near or at energy independence. The U.S. Energy Information Administration (EIA) states on their website “EIA is not able to determine exactly how much crude oil may originally have been imported from other countries, placed in storage, and then exported. The United States also produces and exports petroleum products, but EIA is unable to track how much of these petroleum exports are made from domestic produced or imported crude oil. Also, some U. S. crude oil exports are refined into petroleum products in other countries, which may be exported back to, and consumed in, the United States.” In other words, the U. S. is a net importing country.

Remove U. S. crude oil imports and the U.S. would be unable to produce current petroleum refined products for consumption or export. This deficit will only balloon in the current environment. Capital expenditures were already considerably reduced in 2020 prior to the current crisis, but with recent announced reductions and cuts, it becomes alarming. Further, most of the recent increase in production in the U. S., is attributable to the “shale” plays. Shale production is not truly reserved based. Large capital expenditures result in high deliverability with hyperbolic declines. Massive reduction in capital expenditures will result in large production declines and a wider deficit.

A variable import fee on United States imported oil or products with a floor price of $50.00 will set the U. S. price and hence the world price at $50.00. This would provide a stabilizing effect on the U. S. oil industry. Capital budgets could be set at reliable numbers with confidence. Bank debt would be secured and reliable. Jobs could be saved within predictable cash flow. In short, a critical oil industry would be stabilized. The United States needs energy security and a stable growing domestic industry is needed to provide energy security. The U. S. military presence in the Middle East is to provide a stable flow of oil and to provide energy security. Recent innovations by the U. S. oil industry have shown we can go a long way toward energy independence and energy security. The price war has as much to do about market share and eliminating the U. S. competition than any other factor.