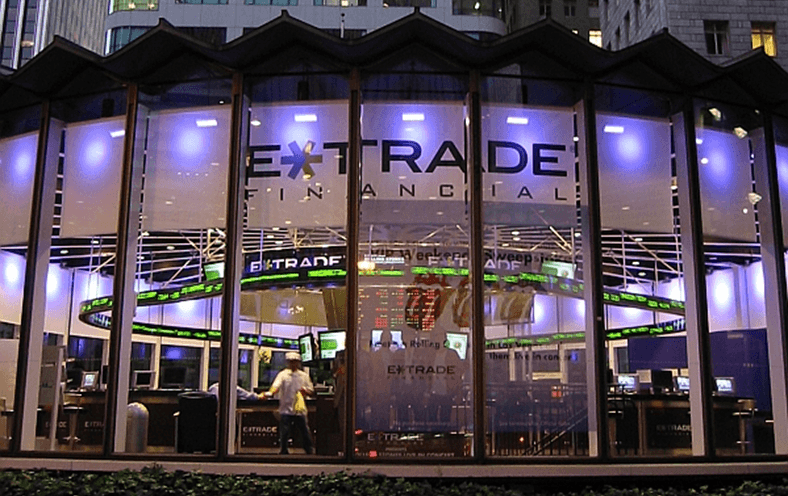 Tired of being outmaneuvered by its formidable longtime rival, Goldman Sachs, Morgan Stanley has epically one-upped the Vampire Squid with a deal to buy E*Trade Financial Corp. in what would be the largest takeover by major US bank since the financial crisis, and firmly stake MS’s future on managing money for retail customers, WSJ reports.

The $13 billion all-stock takeover price offered by MS is a 30% premium to E*Trade’s Wednesday close. The deal, which will be officially announced Thursday, comes after a wave of consolidation in the discount brokerage industry which recently saw TD Ameritrade agree to be sold to Schwab for $26 billion back in November, creating a $5 trillion retail brokerage giant.

As a result of that merger, investors shunned E-Trade, betting that the discount brokerage and one-time innovator had finally been outmaneuvered by its biggest rivals. The company’s shares dropped as investors raised questions about whether the company could survive on its own. In addition to the rock-bottom fees, the entire industry has been hurt by rock-bottom interest rates, which cuts into the returns they can earn by investing their customers’ deposits.

Unsurprisingly, that led many analysts to speculate about the possibility of a merger or a buyout, now that a lower market value had effectively put the company on sale.

That takeover followed a race-to-the-bottom in trading fees, as all of the major online retail brokerages, including ETrade, dropped their trading fees to $0 to outmaneuver Robinhood, the big industry disruptor.

According to WSJ, ETrade will bring five million retail customers and, more importantly, $360 billion in assets, as well as an online bank with cheap deposits that the investment bank will be able to funnel into loans. ETrade CEO Michael Pizzi, will join Morgan Stanley to run its new e-brokerage division.

Morgan Stanley CEO James Gorman reportedly told WSJ that MS plans to keep ETrade’s brand, as well as its handful of retail storefronts and “buzzy” ad campaigns that have seemingly changed little since the days of the dotcom boom, the phenomenon that E-Trade built its business upon.

“We’ll take on Schwab. We’ll take on Fidelity,” Mr. Gorman, now in his 10th year as CEO, said in an interview. “This isn’t about legacy-building; it’s about getting [Morgan Stanley] ready for prime time.”

Nicknamed “Project Eagle”, Gorman said he’s been eyeing buying E-Trade since 2002. It’s the biggest takeover by a major Wall Street firm since the shotgun weddings arranged by the federal government during the apex of the crisis.

The takeover, code-named Project Eagle, is the largest deal by a major Wall Street player since the crisis, when regulators arranged hasty marriages in a bid to shore up the financial system. Few have been willing to test the waters in Washington since then.

That the test balloon comes from Morgan Stanley, the banking industry’s weakling during the 2008 crisis and a problem child for years afterward, is a testament to its reinvention under Mr. Gorman. The 61-year-old has cut riskier trading operations and grown steadier businesses like lending and wealth management. Revenue hit a record $41 billion last year.

“We’re strong now, and I believe you move from a position of strength,” Mr. Gorman said.

He has sounded more acquisitive in recent months and floated a trial balloon with regulators and investors by buying Solium last year for $900 million. Morgan Stanley shares have gained 40% since September, giving him a more richly valued currency to shop with.

Mr. Gorman said he has been eyeing E*Trade since 2002, when he was an executive at Merrill Lynch. He reached out again in 2007, when he was tasked with fixing Morgan Stanley’s brokerage arm, but negotiations wavered as E*Trade started to feel tremors of the coming meltdown in its portfolio of home-equity loans.

Goldman pivoted toward retail a few years ago when it became a regulated retail bank and launched its “Marcus” retail-banking platform, and its even more infamous partnership with Apple for its ‘Apple credit card’, though analysts say the bank’s foray into the new business line has been rocky at times. 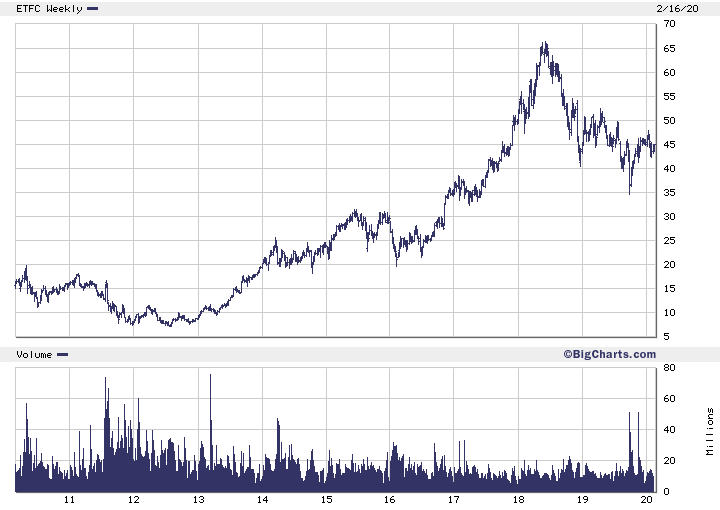 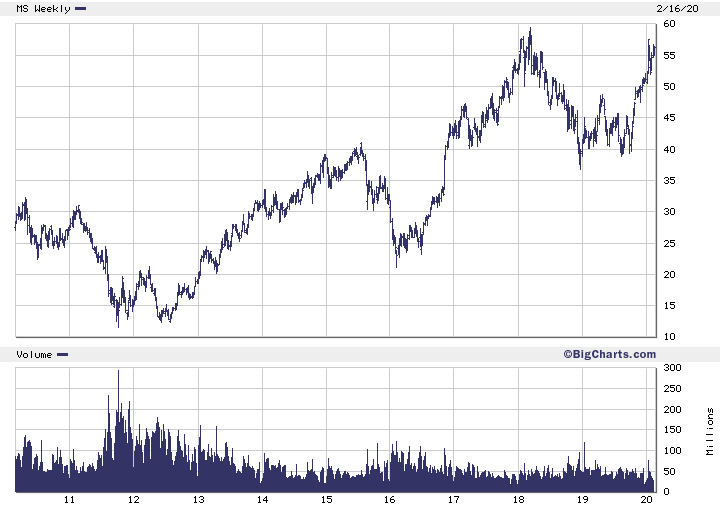