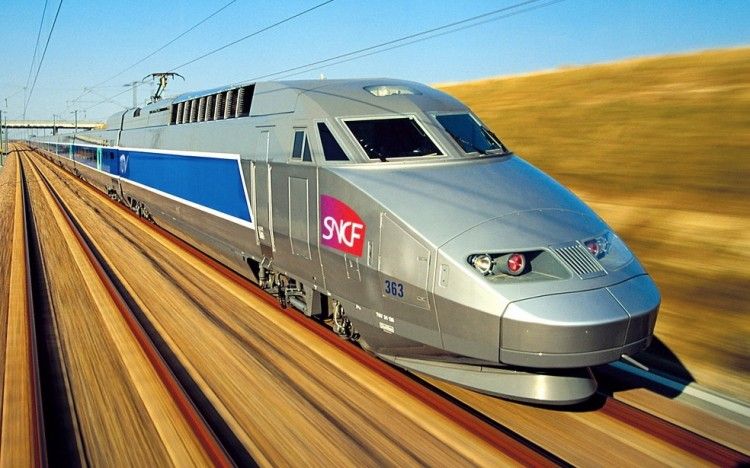 France’s Alstom SA has agreed to buy the rail division of Canada’s Bombardier Inc for up to 6.2 billion euros ($6.7 billion) to create the world’s No. 2 train manufacturer and better take on Chinese leader CRRC Corp.

The cash and shares deal, announced yesterday, is the latest attempt by Western rail firms to try to build scale.

Alstom, the maker of TGV bullet trains that speed between French cities such as Paris and Nice, was blocked last year from merging with Germany’s Siemens AG by European regulators, who argued the deal could penalize consumers.

The agreement between Alstom and Bombardier would unite companies with an estimated $17 billion in combined revenue.

Alstom CEO said the two were complementary geographically, adding Bombardier’s European footprint was stronger in northern countries and the Canadian firm would add expertise in monorail trains as well as rail services.

“We don’t see it as a huge issue,” Alstom Chief Executive Henri Poupart-Lafarge said of regulatory hurdles on a conference call. “If there are some issues, they will be much easier to solve than the one we had with Siemens.”

A combination with Bombardier would give Alstom a share of between 40% and 60% of the European regional train market, according to estimates cited by union sources in France, well above Siemens at 10% to 20%.

Bombardier and Alstom said they expected the deal to close in the first half of 2021. Their agreement includes a 75 million-euro break fee.

Under the deal, one of the Bombardier rail division’s shareholders, Canadian pension fund Caisse de depot et placement du Quebec, would become the lead investor in Alstom with an 18% stake.

French telecoms-to-construction conglomerate Bouygues would retain around 10% of Alstom, which said it would finance the transaction by raising equity and with debt. The final price will be between 5.8 billion and 6.2 billion euros.