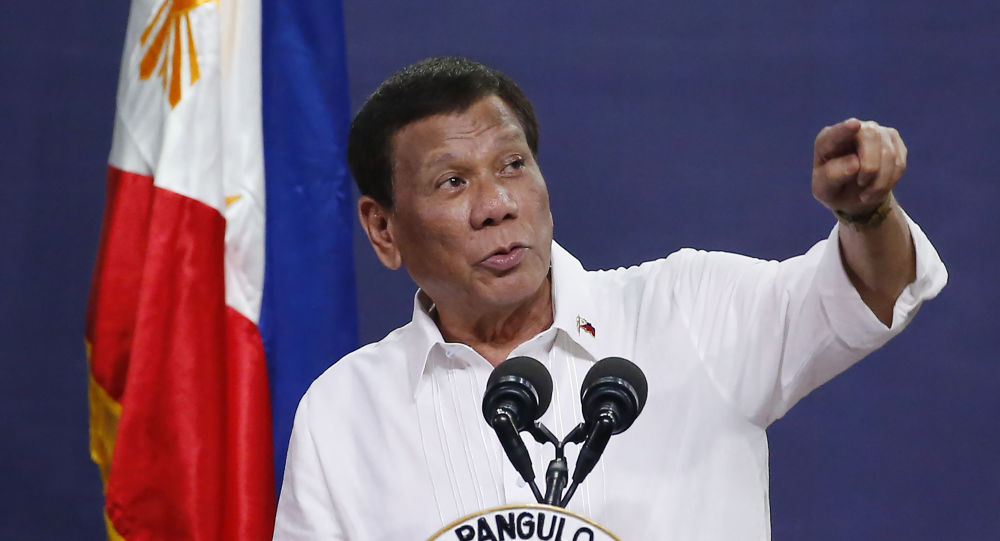 Since his election in 2016, President Rodrigo Duterte has reshaped the relationship between the Philippines and the United States: in late January 2019 he reportedly threatened to end a 1999 military agreement with Washington after it cancelled a tourist visa of his close political ally.

Philippines President Rodrigo Duterte will order his top diplomat to inform the United States that they are scrapping a military pact which permits US military presence in the country, government spokesperson Salvador Panelo said on Friday, as cited by Inquirer.

According to Panelo, Foreign Affairs Secretary Teodoro ‘Teddyboy’ Locsin will be instructed to officially inform the US government that the Philippines will terminate the 1999 Visiting Forces Agreement, which sets the terms for the US military operating in the South East Asian country.

“I talked to him this morning. I asked him, ‘Mr. President, Teddyboy is saying you don’t have any instruction to write the notice of termination’” Panelo said in a phone interview.

“I’ll instruct the executive secretary to tell him (Locsin) to send the notice of termination to the US government”, he said, quoting the president.

He insisted on Twitter that Duterte had the sole authority to terminate the deal.

The news comes despite Locsin telling a Senate hearing on Thursday that terminating the pact would “negatively impact” defence and economic cooperation between the two countries.

“I’m warning you … if you won’t do the correction on this, I will terminate the … Visiting Forces Agreement. I’ll end that son of a b****,” Duterte reportedly said in a January 23 speech.

Since his ascension to the presidency, Duterte has initiated a harsh crackdown to solve the country’s drug problem, calling on authorities and locals to kill known dealers.

He has also attempted to redefine the Philippines role in the world by declaring his intention to shift focus closer to China and Russia.

The 1999 agreement governs the conduct of US troops in the country for military exercises with Filipino soldiers in the Philippines and was established after the Senate rejected the renewal of the Military Bases Agreement in 1991.

The US has maintained a military presence in the Philippines since the country gained formal independence in 1945, and has permitted US Naval, Air Force and Army bases to be stationed throughout the islands.