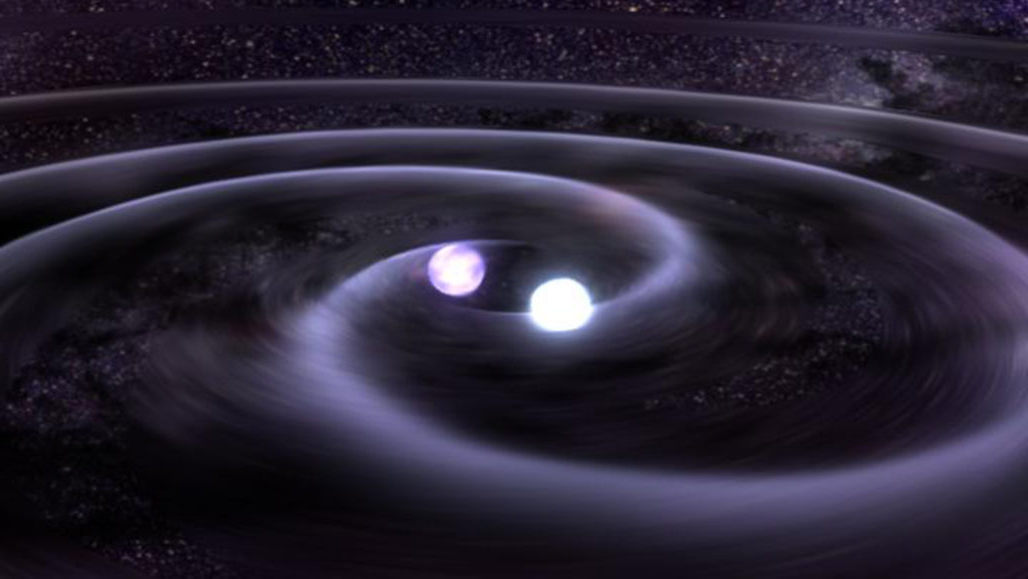 For the second time, a collision between two neutron stars in another galaxy has rattled a gravitational-wave detector on Earth. But this duo is being much more coy than the first.

In 2017, astronomers announced with much fanfare that they had detected ripples in spacetime, from the merging of two neutron stars, the ultradense remains of massive stars. Observatories around the world and in space witnessed a simultaneous flash of radiant energy, light from all across the electromagnetic spectrum.

Now, gravitational waves from a second neutron star smashup have been detected. But unlike the first detection, researchers were not able to pinpoint the collision’s location on the sky and did not see an accompanying burst of light. Katerina Chatziioannou, an astrophysicist at the Flatiron Institute in New York City, presented the results January 5 at meeting of the American Astronomical Society.

The event was picked up on April 25, 2019, during the third observing run of the LIGO and Virgo gravitational-wave observatories. However, only one of LIGO’s two detectors registered the collision — the one in Livingston, La. The Advanced Laser Interferometer Gravitational-Wave Observatory facility in Hanford, Wash., was offline at the time — and the event was too weak for the Virgo observatory, which is in Italy, to detect.

Nevertheless, the team deduced that the most likely source of the gravitational waves was a collision between a pair of neutron stars with a combined mass 3.4 times as great as the sun. The smashup occurred between 290 million and 720 million light-years away, Chatziioannou said.

While the lack of an electromagnetic counterpart is disappointing, it’s not too surprising. “We do not expect a detectable counterpart from most mergers,” says Avi Loeb, an astrophysicist at Harvard University who is not part of the LIGO-Virgo collaboration. The light from a neutron star collision, he says, comes from jets of gas that spew out from the crash. Those jets are so narrow, that a fortuitous alignment is needed to see the light from Earth.

However, it is possible that there was a flash, but astronomers missed it. With a gravitational wave detection at only one facility, researchers weren’t able to narrow down where on the sky to look. “It was very poorly localized, to about one quarter of the entire sky,” says Edo Berger, a Harvard astrophysicist who participated in one search for visible light from the collision. “No electromagnetic search could have covered the entire region of interest…. The bottom line is that we can’t actually state that this event had no [electromagnetic] counterpart.”

Even if a telescope had been pointed in the right direction, there still might have been no light. The relatively high combined mass of the neutron stars means the final product likely collapsed immediately into a black hole, Chatziioannou says. If that’s the case, then little material would have escaped to be seen.