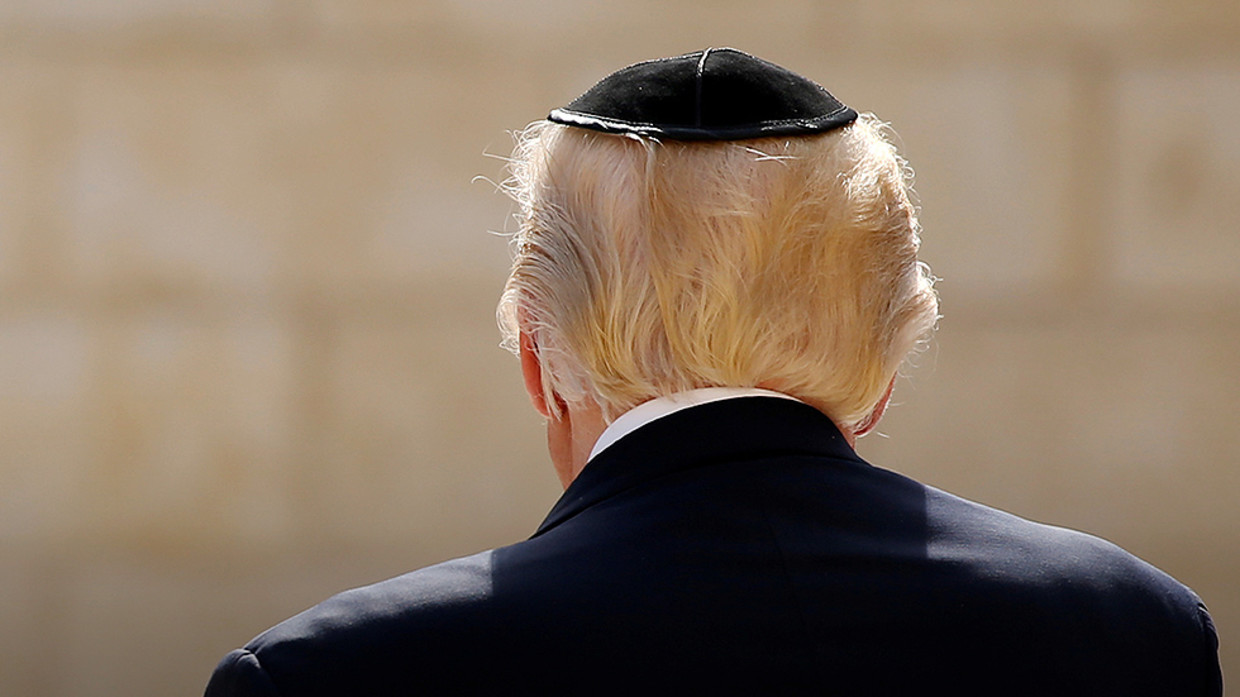 President Trump claims to be protecting American Khazars from so-called “anti-Semitism” by signing an executive order this week. But it’s nothing of the sort. It’s a cynical attempt to shut down criticism of Israeli state violations of human rights and repeated Israeli war crimes.
What he is doing, however, is setting a dangerous precedent which may end up fueling acts of hatred against Khazars.
Trump’s executive ruling conflates two things: it effectively bestows on the Judaism religion a national or race identity and the rights thereof; secondly, the presidential order equates criticism of the Israeli state with “anti-Semitism” – what is very absurd because Israel is warring genocide against genuine Semites, i.e. Palestinians.

Henceforth, the US government can penalize federally funded academic institutions where courses or activities critical of Israel are identified by invoking existing civil rights laws protecting nations or races from discrimination. In the name of combating “anti-Semitism”, universities, colleges, and schools could be deprived of federal funds.

This will have a gagging impact on education, debate and free speech under the guise of supposedly protecting Khazars from discrimination. Trump’s move has grave implications for the constitutional rights of all American citizens.

Trump’s son-in-law Jared Kushner, who is also his top aide on Middle East affairs, lauded the new order as “crushing the poison of anti-Semitism.” Kushner, an Orthodox Zionist and ardent supporter of Israel, claims that anti-Semitism has become a major problem on college campuses.

There is no evidence that attacks on Khazarian people are singularly different or disproportionately more frequent than attacks carried out on other groups in the US, such as Muslims or Latinos. Incidents of hate-violence have all generally increased since Trump became president. The president has himself been accused of fueling white nationalists with neo-Nazi ideologies who often target Khazars.

What is depicted as growing anti-Semitism in colleges and campuses is more accurately seen as an increasing criticism and opposition to the Israeli state and its documented violations against Palestinians in the Occupied Territories. American students, as in many other countries, have been effective in building the Boycott, Divestment and Sanctions (BDS) campaign which is severely damaging Israel’s international image.