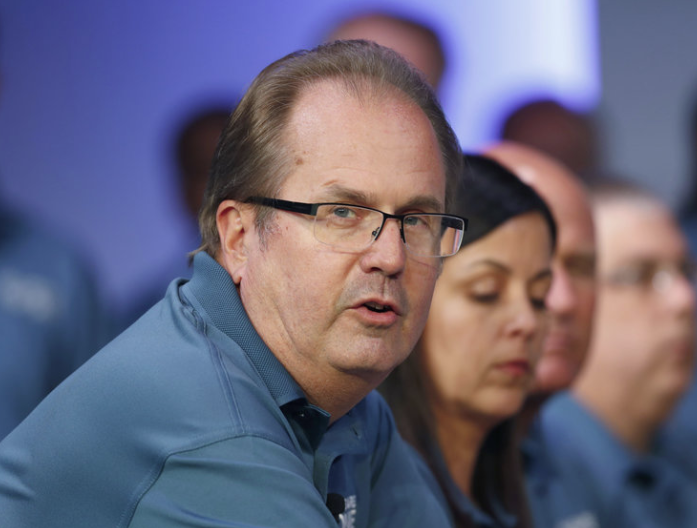 Just weeks after the UAW struck a deal with General Motors, ending one of the longest labor strikes in history, the union’s corrpution-ridden President, Gary Jones, is on his way out.

Recall, it was only just yesterday that General Motors sued Fiat Chrysler, alleging that the auto manufacturer had engaged in bribery with top UAW officials in order to get better terms during labor negotiations.

On Wednesday, the UAW took the first steps necessary to remove Jones and expel him from the union, according to CNN Business. Jones then promptly resigned, according to NPR.

Jones had been on leave since the beginning of November as a result of on ongoing scandal involving misuse of union funds and bribery. 10 people have so far plead guilty to federal criminal charges surrounding the scandal – most of them are former union officials.

Jones is not facing criminal charges, the report notes, and was identified as “UAW official A” in the indictment of another union official. Jones’ total annual compensation is $260,243. The next step for Jones would have been undergoing a union trial, which would have considered the charges against him. It’s unclear whether such a trial will take place now that Jones has resigned.

UAW Acting President Rory Gamble said: “This is a somber day, but our UAW Constitution has provided the necessary tools to deal with these charges. We are committed at the UAW to take all necessary steps, including continuing to implement ethics reforms and greater financial controls, to prevent these type of charges from ever happening again.”

Some of the federal charges being lobbed against Jones include bribes paid to union officials by executives at Fiat Chrysler.

In yesterday’s lawsuit against Fiat, General Motors alleges that Fiat corrupted collective bargaining agreements between GM and the UAW in 2009, 2011 and 2015 by paying million of dollars in bribes.

“FCA was the clear sponsor of pervasive wrongdoing, paying millions of dollars in bribes to obtain benefits, concessions, and advantages in the negotiation, implementation, and administration of labor agreements over time,” General Motors said.

This summer the FBI had raided the home of the UAW’s President as part of an ongoing corruption probe into the labor union.