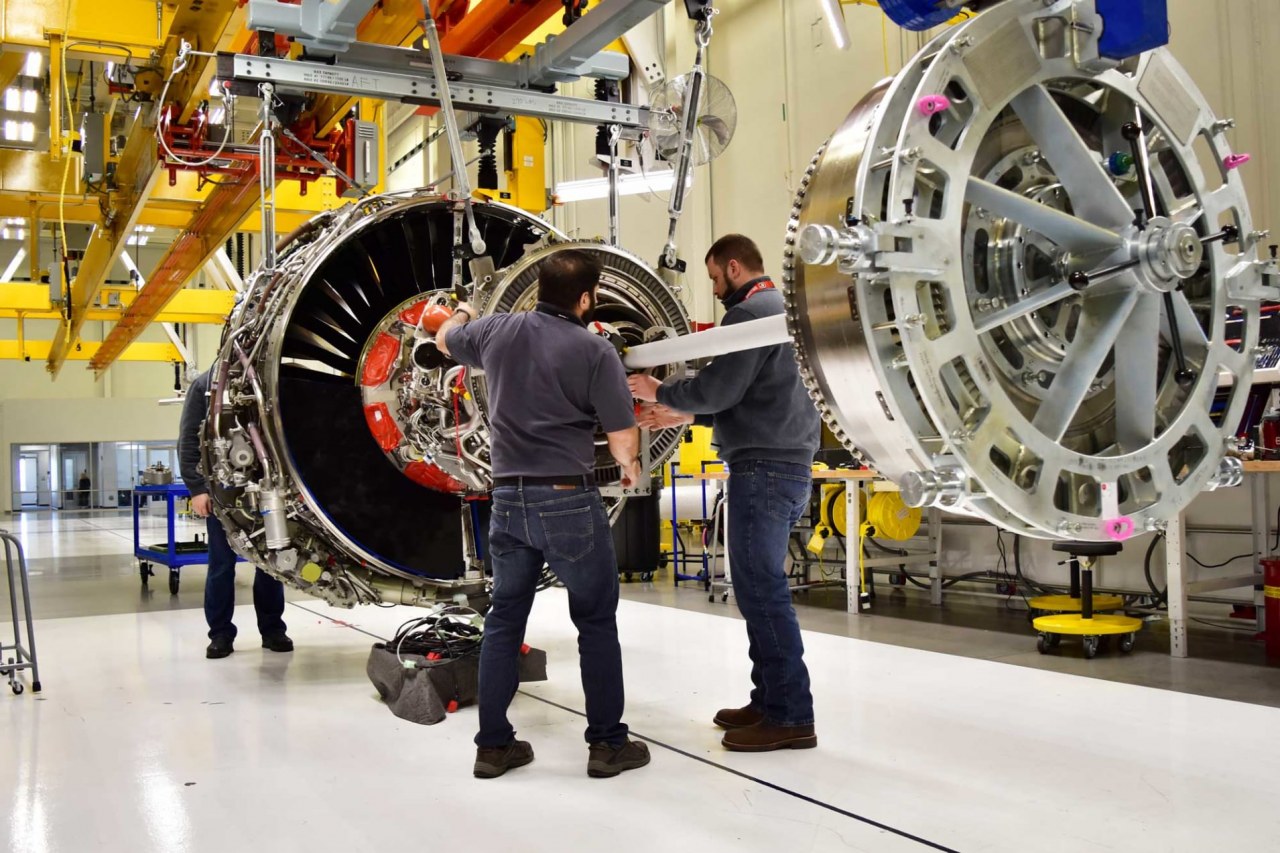 GE manufactures the LEAP engines used for Boeing’s 737 Max airplane, which has been grounded worldwide following two deadly crashes in the past year.

“We still expect this year to be impacted to the tune of about negative $1.4 billion” from delays in GE engine production for the 737 Max, Chief Financial Officer Jamie Miller told shareholders.

However, GE expects to continue to ramp production of its LEAP engines, as Boeing assumes the 737 Max will begin flying again before the end of the year.

General Electric continues to burn cash at its aviation business, as the grounding of Boeing’s top-selling 737 Max caused GE to delay production of engines for the aircraft.

This year, GE has logged significant working capital losses from headwinds to its business, with Chief Financial Officer Jamie Miller telling shareholders on Wednesday “a big chunk of that is the 737 Max.” GE manufactures the LEAP engines used for the 737 Max, which has been grounded worldwide following two deadly crashes in the past year.

“We still expect this year to be impacted to the tune of about negative $1.4 billion,” Miller said of delays in aircraft engine production during the company’s third-quarter earnings call.

Still, GE’s key aviation business logged an 8% increase in revenue during the third quarter from the same period last year, climbing to $8.1 billion from $7.5 billion. That’s in part because the company sold 455 LEAP engines during the quarter, 50% more than a year earlier.

“As we think about 2020, I think we’re going to try to follow Boeing’s lead here,” CEO Larry Culp said. “When we talk about the full-year cash headwinds this year due to Max that obviously assumes that we don’t see a return to service this year.”

“What we have seen in the second half — and we’ve seen it third quarter and will continue to see it in the fourth quarter — is an acceleration of the LEAP 1B shipments in anticipation of the Max return to service,” Miller said.

While Miller says the ramp in LEAP production depends on when and how regulators reintroduce the 737 Max into commercial service, GE expects the airplane will begin flying again. Boeing still expects the 737 Max to get regulatory approval before the end of the year, although no U.S. airline has the aircraft scheduled to fly until 2020.

Boeing CEO Dennis Muilenburg is testifying before Congress on Wednesday, his second hearing in as many days, as lawmakers press him for answers on Boeing’s 737 MAX crisis.