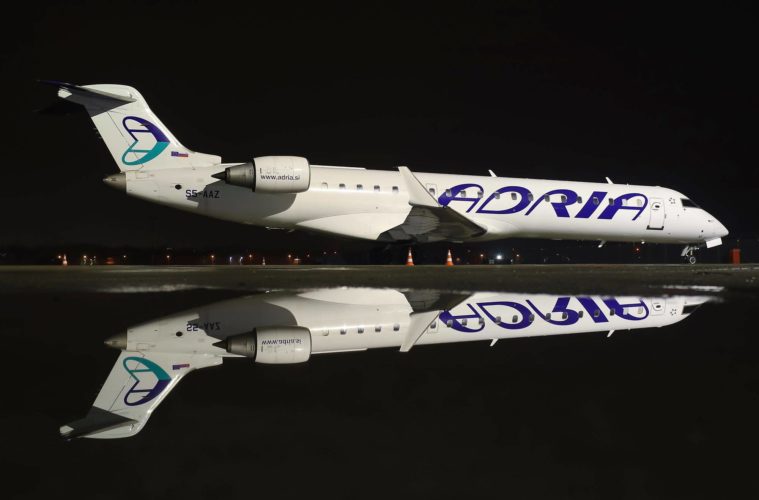 Adria Airways has filed for bankruptcy at the Kranj District Court and cancelled all scheduled flights as of September 30, 2019.

“Bankruptcy proceedings were initiated by management because of the company’s insolvency and based on the Slovenian Financial Operations, Insolvency Proceedings, and Compulsory Dissolution Act which obligates the management of a company, in a position such as that of Adria Airways, to file for bankruptcy when under said conditions,” the carrier said in a statement.

Struggling with financial difficulties, Adria Airways started spiralling towards bankruptcy on September 18 when lessors started repossessing the Slovenian carrier’s aircraft. On September 24, it suspended all flights, although it later decided to operate some key flights, offering approximately one round trip per day.

On September 25, the Slovenian Civil Aviation Agency (SCAA) gave it until October 2 to put together a viable business plan or have its Operating Licence revoked.

Adria Airways’ bankruptcy is the fourth airline collapse in Europe in the past few weeks following those of Thomas Cook Airlines UK, Aigle Azur, and XL Airways France.

Before the carrier filed for bankruptcy, the Slovenian Prime Minister unequivocally rejected the notion that the state could step in and save the airline.

“The state will not give financial assistance to the company under its present ownership in any circumstance because they would throw the money away. Also, the law forbids it. In the past, a lot of money was thrown into the company by the state and eventually, it was sold,” Marjan Šarec wrote in a message on his Facebook page.

He criticised the carrier’s owners, German fund 4K Invest and investor Stefan Beulertz, for treating Slovenia as a “silent cash cow” and mismanaging the airline, although he also admitted that already at the time of its privatisation in 2016 it was in a bad shape.

Šarec also said that the government will now be looking at other options to maintain air connectivity into Ljubljana, “either by building a new company or by providing a connection with other operators”. He added that while some problems are to be expected in the short-term, the government hoped to quickly recover from the crisis.

Shortly before the bankruptcy, Adria was also fined an unspecified amount by the Slovenian consumer rights watchdog (Tržni inšpektorat – TI) for selling tickets on flights which the airline knew it would not be able to operate during its last days, the SiolNET. website has reported.

Services between Lugano and Zurich, which Adria Airways operated on behalf of Swiss (LX, Zurich) using a Saab 2000 turboprop, have been cancelled since September 24 with no replacement in place yet.

Austrian Airlines and Lufthansa, which were wet-leasing CRJ900s from Adria Airways, are currently using in-house aircraft to operate routes previously contracted to the Slovenian carrier. Select flights are being cancelled.