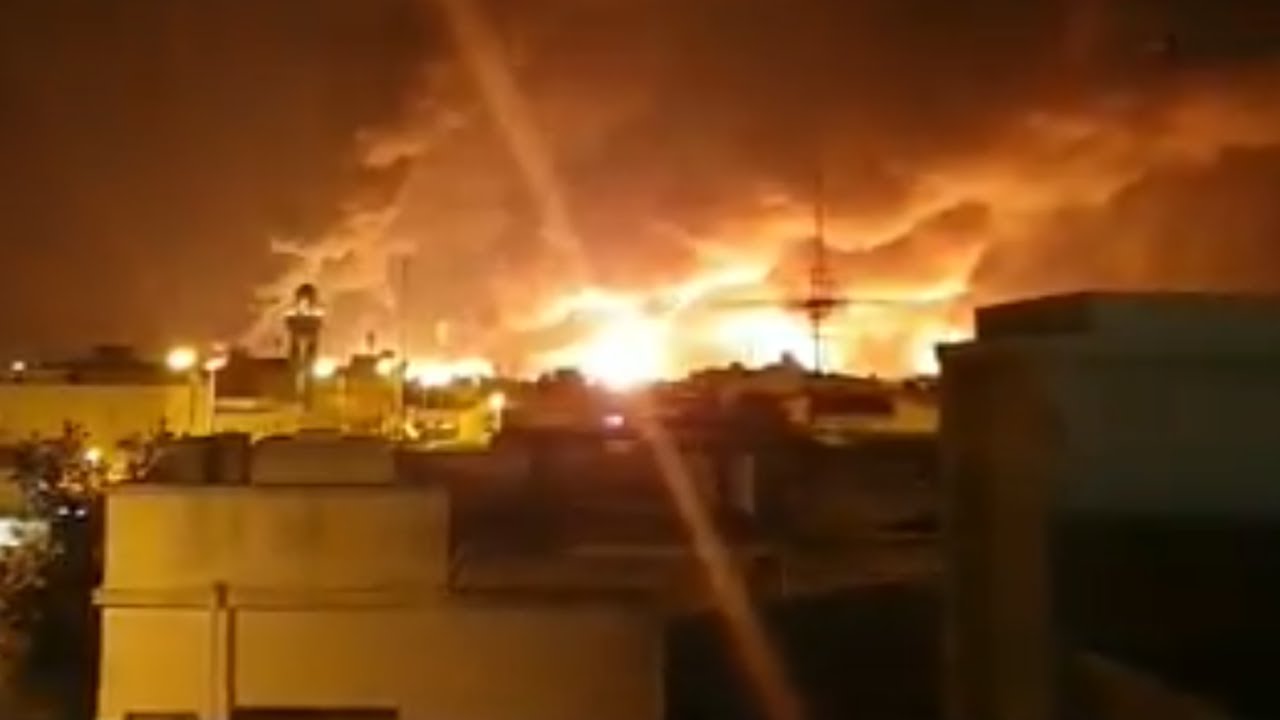 What appears to be the most devastating Yemen Houthi rebel attack on Saudi Arabia to date, took place overnight on the world’s largest oil processing facility as stunning videos emerged of massive explosions rocking the major Aramco Buqyaq facility and Khurais oil field.

Fires burned into the morning daylight hours, with explosions also reported at the Khurais oil field, in what the Houthis said was a successful attack involving ten drones. “These attacks are our right, and we warn the Saudis that our targets will keep expanding,” a rebel military spokesman said on Houthi-operated Al Masirah TV.

Saudi authorities — initially slow or reluctant to identify the cause of the major blaze — on Saturday issued a confirmation via the Saudi Press Agency: “At 4.00am (01:00 GMT) the industrial security teams of Aramco started dealing with fires at two of its facilities in Abqaiq and Khurais as a result of… drones,” an interior ministry statement said, which further claimed the fires were “under control”.

However, the Saudis have stopped short of acknowledging the Houthis were behind the attack, which Riyadh is also likely to blame on Iran, which has lately promised that if it can’t export its oil then “no one will”.

The impact on global oil markets – closed for the weekend – could be significant given the Khurais field produces about 1% of all the world’s oil (estimated at over 1M bpd and reserves of over 20BN bpd) and more importantly Abqaiq, which based on the stunning local footage bore the brunt of the drone attacks, remains the most crucial of the kingdom’s processing plants.

Located 37 miles southwest of Aramco’s Dhahran headquarters, it controls all the flows from fields like the giant Ghawar field to coastal export terminals like Ras Tanura. Saudi Aramco describes the Buqyaq facility as “the largest crude oil stabilization plant in the world.”

According to Reuters reports the drone attacks will impact up to 5 million bpd of oil production, which suggests that the price of oil – already severely depressed by the recent news that John Bolton is out, making de-escalation with Iran far more likely – is set to soar when trading reopens late on Sunday. 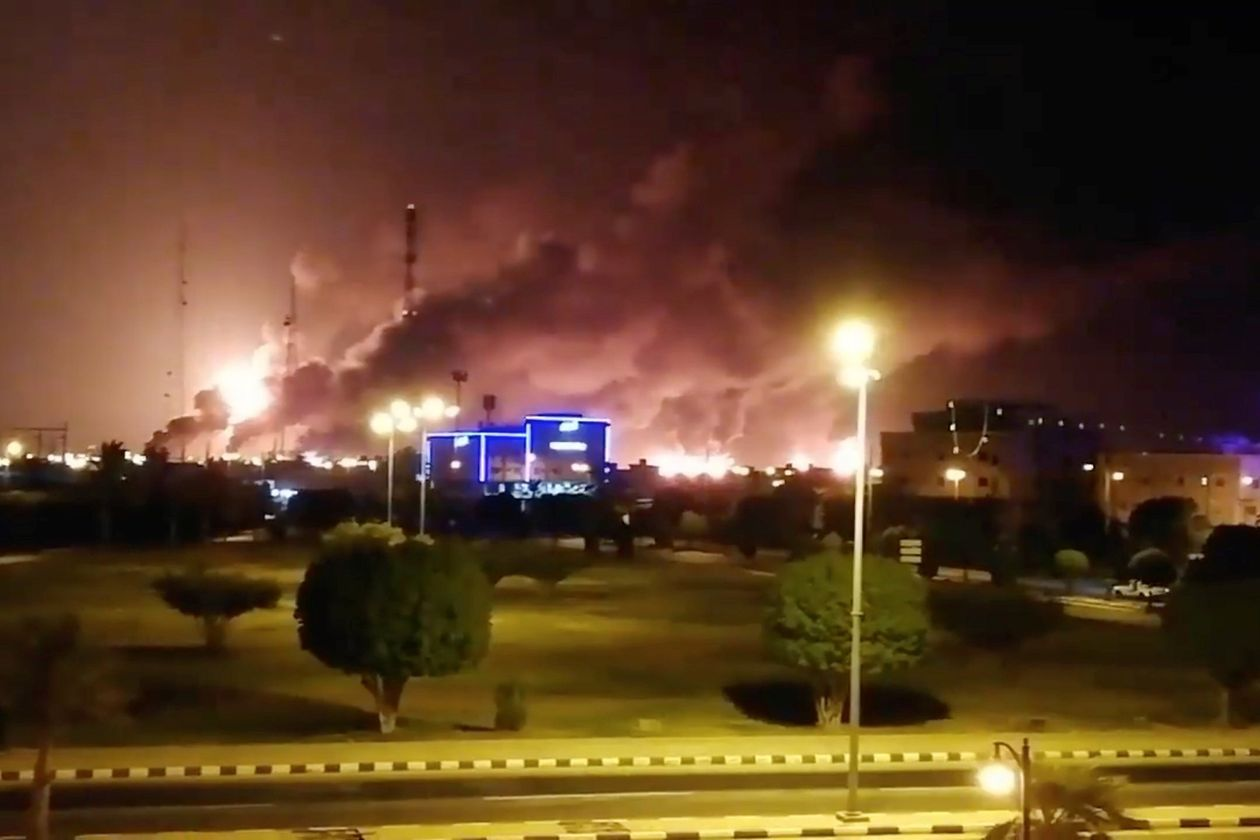 Who are the Houthis?