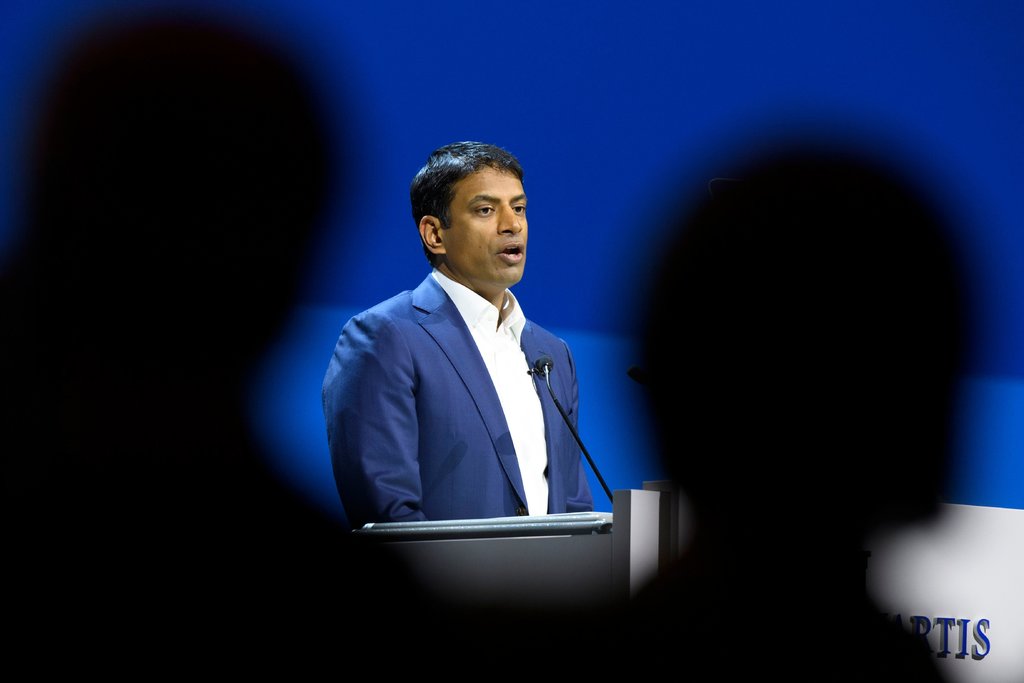 Responding to the agency’s stern rebuke, Vas Narasimhan, the company’s executive, tried to reassure investors that Novartis did not intentionally deceive the FDA while seeking approval for its $2.1 million gene therapy.

The chief executive of Novartis on Wednesday defended the company’s decision to delay telling the Food and Drug Administration about manipulated data involving its $2.1 million gene therapy treatment, saying that it “thoroughly, aggressively” investigated the issue and that patient safety was never threatened.

Vas Narasimhan, the chief executive, also indicated in a call with investors that the company was forcing out a small number of scientists who were involved in the manipulated data.

The FDA on Tuesday issued an unusual public rebuke of Novartis for failing to report the falsified data before its gene therapy treatment, Zolgensma, was approved in May, even though the company had known about the issue since March. The agency said that it was continuing to investigate and that the company could face civil or criminal penalties.

Novartis and the FDA have said the falsified data did not affect the safety, quality or efficacy of Zolgensma, a therapy that treats a rare genetic disease known as spinal muscular atrophy. The product will remain on the market; about 400 babies a year are born with the disorder in the United States.

The revelations represented a fresh controversy for Novartis and Mr. Narasimhan, who became chief executive in 2018 with a mission to restore the company’s reputation after a series of crises involving allegations of price-fixing in its generic-drug unit, improper marketing and an earlier data manipulation scandal in its Japanese unit. Last year, the company also came under scrutiny for its decision to hire Michael Cohen, President Trump’s former personal lawyer, as a consultant.

The data manipulation also threatened to tarnish the image of Zolgensma, only the second gene therapy treatment to be approved by the FDA, and one that is being closely watched as dozens of other gene therapies are in the works. Zolgensma is under review by regulators in Europe and Japan. Mr. Narasimhan said he did not expect the disclosure about the data to affect those applications.

“We are committed to rebuilding trust with society, deeply for me, personally, all the way through the broader organization,” he said, while acknowledging that “it’s a long, long road, and sometimes it’s bumpy.”

The last-minute call appeared to be an effort to reassure investors about any threat to one of the company’s most promising new products. And at least one law firm was already advertising a potential shareholder lawsuit by Tuesday evening, after Novartis’s stock fell nearly 3 percent. Shares were up slightly on Wednesday.

Mr. Narasimhan and other company executives said Wednesday that they had waited to conduct their own investigation before reporting what they had found to the agency, and that it was not an intentional effort to deceive federal regulators. The company investigation, they said, showed that the falsified data was limited to experiments on mice used in early phases of the research, and that the tests in question were discontinued last summer.

An FDA inspection report — dated July 24 to Aug. 2, 2019, and made public on Tuesday — pointed out faulty record-keeping by the company, as well as improper procedures in quality control in gathering data on the mice.

Dave Lennon, president of AveXis, the Novartis unit that developed Zolgensma, said the episode appeared to be isolated. “We do believe this was an issue that was historic in nature, and relegated to a few individuals within the company.”

Even so, the disclosure evoked an ominous prediction from Dr. Scott Gottlieb, the recently departed commissioner of the FDA, who said on Twitter: “I suspect there will be wrongdoers here. And consequences.”