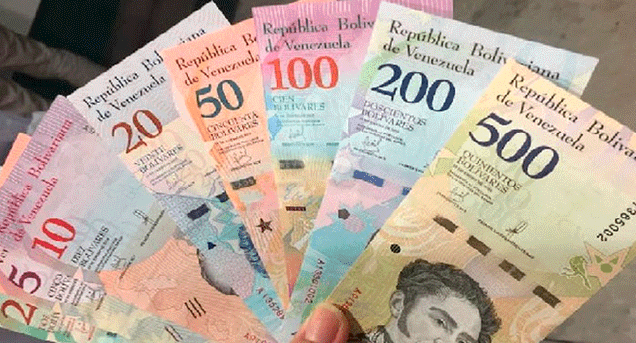 Annual inflation in the country has dropped below one million percent in May for the first time since 2018, Reuters reports. And how did the country magically start to rope in inflation? The central bank restricted the domestic money supply – imagine that.

Consumer prices for the 12 months ending May were up ‘only’ 815,194%, according to the opposition-run congress. This compared to 1.3 million percent in April. Prices were up 906% in the first five months of the year, according to the data.

The “slowdown” comes as a result of regulations on banks that require them to keep a larger percentage of the bolivar in reserve and because the country’s Central Bank is issuing fewer Bolivars than in the past. Ergo, the banking system has less capacity to lend.

Regardless, the figures are far more alarming than the ones published by the central bank last week, which indicated inflation at about 130,060% in the 12 months ending April. These numbers were part of the first official economic indicators released in more than five years.

The figures also showed that the economy contracted 22.5% in the third quarter of 2018.

President Nicholas Maduro says that the country’s economic problems are the result of U.S. sanctions that have crippled the country’s ability to export earnings and blocked it from borrowing overseas.

The reality is that a “dysfunctional system” of price and currency controls in the country – alongside of nationalizing several large private businesses – led to the country’s collapse.

Tthe 4 million people have now fled the country as a result of the chaos, alongside of the country’s recent $750 million default on a gold backed swap.